Bavaria says its mandatory crosses aren't religious, so there should be no problem hanging them upside-down, right?

Man, fuck this law. How long until this starts hitting us here in the South?

While I agree with the point of this, pedantically, isn’t this the same as saying “It shouldn’t matter if we hang the flag upside down then?” Sure it says “as they see fit”, but it doesn’t take a genius to know what it means.

"…no problem hanging them upside-down, right?"

Man, fuck this law. How long until this starts hitting us here in the South?

That’s the eventual goal, and not just for the South. First, though, Europe will be the test case for the destruction of liberal-democratic values. Two articles from today’s NYC, one showing right-wing nationalism creeping in from the east… 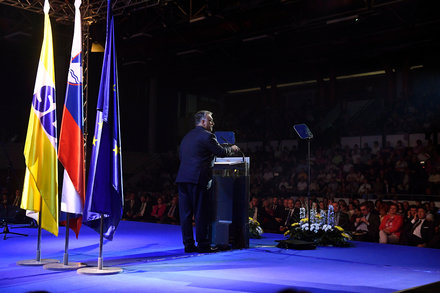 Safe in Hungary, Viktor Orban Pushes His Message Across Europe

…with the other showing it being encourage from the west across the Atlantic: 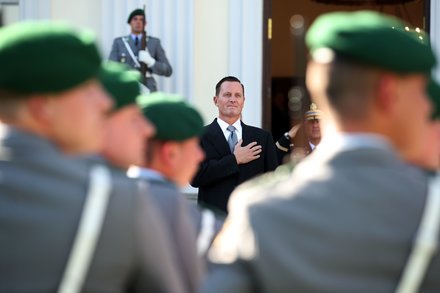 How about just a photo of a crucifix?

I live in Bavaria. No one I know is in favor of this law.

“In the interview, Grenell singled out Sebastian Kurz, the young Austrian chancellor who has opposed refugee resettlement and banned Muslim women from wearing burqas in public, as an example of the kind of politician he likes and wants to encourage. On Monday, Germany’s Der Spiegel reported that Grenell had invited Kurz to lunch.” -Vox

(Reached my article limit for the NYTimes today so not sure if it covered that aspect.)

This is very disturbing.

Does the law state exactly what kind of cross must hang? Because they aren’t standard. I’m not sure hanging the French Lorraine cross or Russian/Eastern Orthodox cross would exactly be OK in Germany. Those are not really part of German culture.

If they would put all those crosses upside down in bottles of piss and then hang them up, then they’d really have something going! Culture, culture, culture!!

should be no problem hanging them upside-down, right?

I was banned from the break room for that very same thing. Dammit!

the crosses were “cultural,” not “religious”

Why do we have to pretend this is a reasonable viewpoint and not some bad faith attempt at excuse? I’d say it’s thinly veiled but in truth it’s naked. We’ve come to the point where naked lies are given credence and the truth is too rude to mention.

Fun fact: an inverted cross was never a symbol of Satanism, or of anything else, until it appeared in Rosemary’s Baby.

Is that a fact? https://en.wikipedia.org/wiki/Cross_of_Saint_Peter

Must have been the use of “fact” and “never” and “anything” that threw me off.

I thought you were supposed to hang crosses upsidedown to keep the forgiveness from running out or something.