BBC's 10 theories on what happened to Malaysia plane

The problem with ongoing mysteries is that if they don’t find the answer right away, the theories get wilder and less probable as time goes on. Once the evidence is in, it turns out to be the simplest answer after all.

My uncle was an airline pilot, and he also trained them. The safety of the plane and heading for the closest airport take precedence over communication. Chris Goodfellow has the most plausible theory that fits the evidence.

I like the theory as far as it goes, but I can’t figure out how to reconcile it with the satellite ping results, and the search arc derived from them. If the plane just kept flying west, it may well have passed over the Maldive islands (as some recent eyewitness reports apparently claim it did), but it shouldn’t have had enough fuel to reach the other edge of the known radius from the satellite (which I gather would be somewhere in Africa).

Anyone know enough about the satellite pings to meaningfully speculate on how they could be drastically wrong?

AFAIK, a satellite received a ping from the plane, but it was only a single satellite that received it. Therefore, without triangulation there was no location information at all.

When you hear hoofbeats, think horses, not zebras. (Unless you’re in the Serengeti. Then, definitely think zebras.) An unusual presentation of a likely event is more probable, on balance, than an unlikely event.

The number of commercial flights that have been lost due to all causes is not terribly high (I am not sure if Wikipedia’s list includes all commercial crashes, or just a selection; other sites seem to be more thorough), but the number of those lost to deliberate action are in the minority.

Not no information, just nothing but a distance from the receiver. If you have a second receiver, you can see where the two distance radii intersect, and know that the transmitter was at one of those two points. With a third receiver, the radii will intersect at a single point – hence triangulation. That’s why they’re searching an arc – it’s that section of the single observer radius that the plane could have reached with the fuel it had available.

The persistent question is how accurate that distance estimate from the satellite was in the first place. Is there any way it could be so dramatically wrong that the plane really could have proceeded on its path after the turn west to pass over the Maldives, or just hit the water somewhere in the middle of the Indian Ocean, rather than ending up somewhere on an arc that’s way off that path?

The BBC article does not mention “the most widely circulated speculations”.

Actually most items on the list aren’t even theories about what happened or who ought to have made it happen for whatever reason. They are just just random ideas on either location, specific events, or general direction of the plane.

On that “some far fetched theories” list, the explanation of Goodfellow looks favorable but is not undisputed.

Yep - they derive the arc from the angle of the ping, apparently.

No mention of my favorite theory that the Singularity has occurred and our new AI overlord is testing out it’s powers.

The Thai military believe they had MH370 on their radars, and reports say they confirmed westward heading. This stuff will slowly leak out. 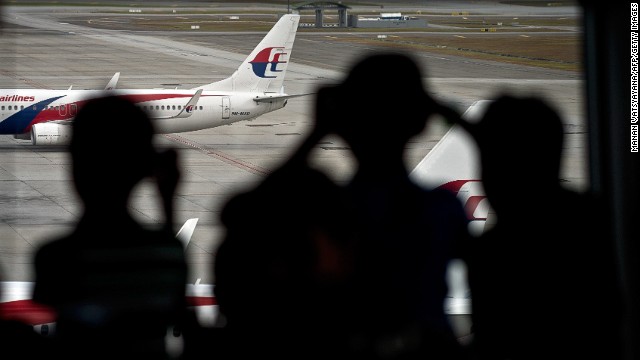 New information from the Thai government bolsters the belief that missing Malaysia Airlines Flight 370 took a sharp westward turn after communication was lost.

Disparagingly, CNN’s editorial policies are not in my control. If there’s anything you can do to help …

Meteor strike. Gotta say that one eluded me.

And then there are straight talking people boringly describing the probable cause: A Startlingly Simple Theory About the Missing Malaysia Airlines Jet

A pilot with 20 years of experience provides the best explanation yet on what happened to flight MH370.

Aha - thanks. I’ve been whizzing around the netz these last couple of hours, and couldn’t for the life of me remember where the suggestion to read it had come from. Stumbled back onto it on Wired, by then the beeb article was in the cobwebs of my mind.

I have seen one that is even worse, if that is possible, in the comments to this article. (I reproduce it here, in part, both to be fair to the commenter, and because finding a specific comment on Slate.com is very difficult.)

…natives developed the idea not only that the gods could drop riches on
them, but that they themselves could influence whether these planes
crashed on their islands by participating in rituals that the
anthropologists labeled Cargo Cults.

That the plane fell victim to the influence of a cargo cult which caused
it to divert and crash on one of these islands, is no more impossible
or outlandish than “experts” say any of the actual hypotheses would be,
since they are all “unprecedented” and make no sense to have actually
happened.

So apparently “plane fall down, go boom” and “the cargo cult metaphysical model is the correct one” are apparently equally supported in this person’s mind.

Anyone know enough about the satellite pings to meaningfully speculate on how they could be drastically wrong?

Only ONE thing actually DID happen. If I were a bettor, I would wager it’s not on this list.