Bid on old computers, speakers, radios, and other junk from the bowels of RadioShack

I’d want it for the keyboard. Replace the innards and screen. 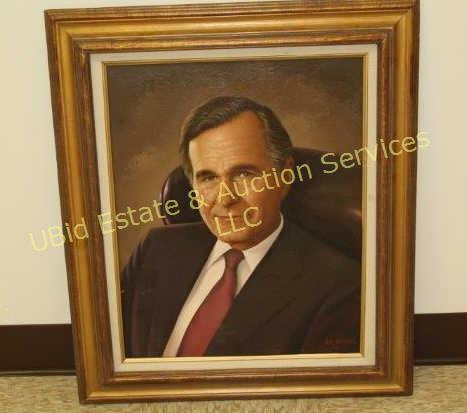 Wow people are seriously too lazy to scroll down. If you search for trs-80 the prices for model 100s range from more than 200 to less than 60. they may be in different condition, but there’s no way to tell that from the photo and description.

How much for gently used battery-of-the-month card?

This almost looks like it’s an estate sale for our old next-door neighbor in the 70s and 80s. He was heavy into electronics, computers and whatnot. His project room was a rat’s nest, not neatly packaged like this.
Bonus: He wound up making millions in the carbon-fiber filament industry.

I never realized that the service operations guys were in ICP too.

Yes, I’m seriously welling up here. How many of us would have had extremely different lives had there not been a Radio Shack down the street when they were kids?

I’ll be looking in on the speakers and the tube amps, but I suspect they will sell for far beyond my means.

The Realistic Concertmate MG-1 is an analog synthesizer manufactured by Moog Music in 1981 and sold by Radio Shack from 1982 to 1983 under their "Realistic" brand name. It was produced without some standard Moog features, such as pitch and modulation wheels, as a cost-cutting measure aimed at achieving a lower price for the consumer market. The synthesizer also featured a pair of pass-through RCA jacks, which allowed users to mix radio or records into the final live synthesized sound output. The ...

I’ve had mine for over 30 years. It still works great - 20 days usage on a set of AA batteries. Look on eBay for these at a much better price.

Yes, I’m seriously welling up here. How many of us would have had extremely different lives had there not been a Radio Shack down the street when they were kids?

Given all of the latent good will which that brand held, it’s really hard to grasp how they blew it.

Most of this stuff is cheaper on ebay.

What’s with all the coffee cup art?

On the one hand the purist in me is internally screaming at the idea of getting a working machine of the era. On the other hand the practical bit of me sees that and is all ‘dude put a raspberry pi 0w in there with a new screen and wire an external usb port. That thing will be a really nice modern terminal computer. Why isn’t anyone making a case like that where you can just thread a zero in by the gpio and have it connect via test pads? I wish I had the knowledge to design an interface board for that.’

Thank you for sharing this! It was nice to have the experience of Radio Shack having a bunch of stuff that wasn’t quite what I wanted one last time.

I’ve taken a pass on stuff from RS’s more attractive body parts… so I’m definitely gonna avoid anything from its bowels.