Bill Nye talks about his new disaster series, "The End is Nye"

called The End of Nye.

Good for him. I hope it makes a dent in getting people on board with climate change, cooperation between nations, and peace in our time.

When I saw “Hydra Storms” on the topic list, I thought “Hey! Something new I can learn about!”
Checked wikipedia - nothing. Googled - and the results were all Bill Nye’s new series.
Don’t we have enough impending global disasters without having to establish new ones?

I watched and enjoyed the first episode. Will watch more.

Seth McFarland and Bannon Braga (both currently working on The Orville) are involved. McFarland is a science wonk of sorts; he helped produce the COSMOS revamp a few years back.

I mean, maximum points for that title.

One of my prized possessions is the DVD that he signed for me at The Amaz!ng Meeting many years ago. He’s a big part of why I got into science and engineering. Such a quality human.

gratuitous me too: Bill Nye got his start via the very entertaining Seattle TV show “Almost Live” (which got its name as it preceded “Saturday Night Live”). Bill Nye took part in various silly skits (as the superhero Speed-walker!) and eventually got a slot presenting to the (acting dumbfounded) host, John Keister, with science demonstrations which typically ended with some sort of explosion. They did a really good job and i’m very pleased he’s still a force of edification.

We just finished the series last. It was as entertaining as one would expect from the headlining crew (Nye, MacFarland and Braga). There were some subtle digs at 45’s administration and very not-subtle digs at Cancun Cruz.

And I liked how they wove footage from previous disasters into the cataclysms wherever they could.

Well, you’ve heard of Sharknado? I presume that a Hydra Storm is like that; but with more heads. 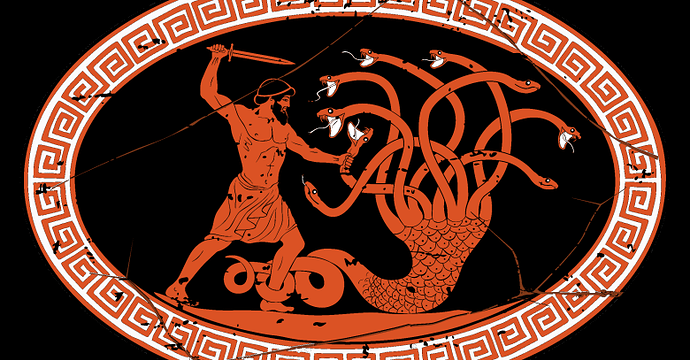 I met him at a Skeptics Society talk and book signing years ago at Caltech. Very personable.