Bill Nye: What if all the ice melted on Earth?

It would not be cool. At all.

Pretty bad to be sure, but still better than The Postman. 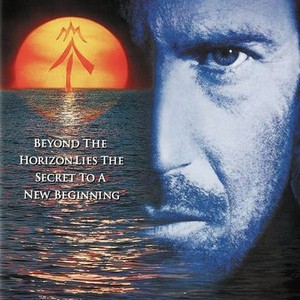 This epic sci-fi actioner is set 200 years in the future. The polar ice caps have melted, flooding the continents and creating a giant ocean. People are few and far between, living as sailors or on rickety atolls made from scrap metal; in this time,...

I also learned from Bill Nye (the Science Guy) that if the Earth was the size of a baseball, its total amount of water would be one drop.

Now is a good time to trade in that gas guzzler for an electric car or bicycle.

Pretty soon you’ll be able to drive your shipe from Europe to Russia! 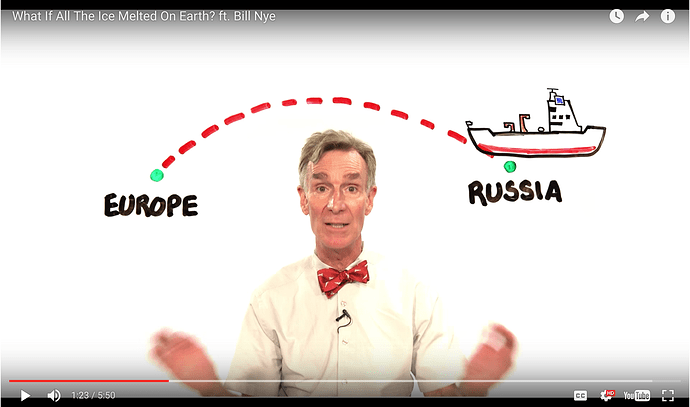 Huh?? I seriously don’t understand what he’s saying. Even discounting the cheaty route from Denmark all the way to St Petersburg through the Baltic, can’t we already go over the top just about anytime of the year? 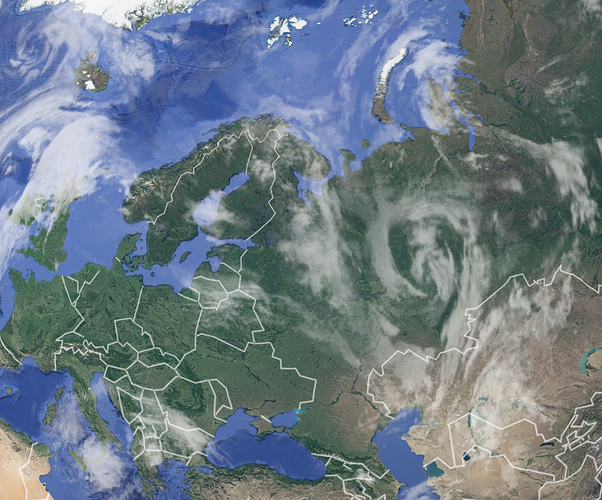 That’s not to dismiss the seriousness of this. I just think it’s a weird example that doesn’t resonate the way he seems to think it does.

Pretty bad to be sure, but still better than The Postman.

That isn’t hard. Few things are worse than The Postman. Waterworld is pretty bad, too. Even Dances with Wolves gets on my nerves.

I’d have to put my box of white wine in the fridge then.

Even Dances with Wolves gets on my nerves. 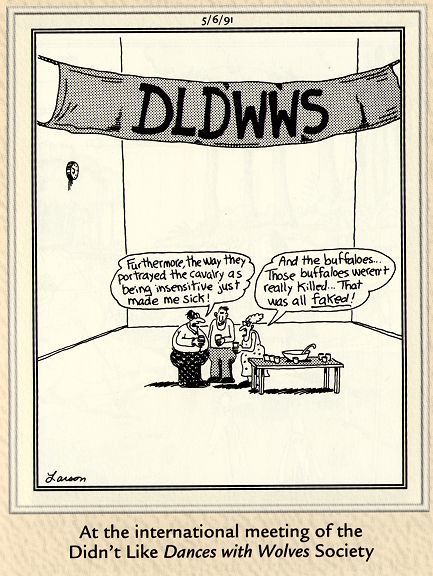 But Jim “Laughable Bumblefuck” Inhofe held a snowball on the Senate floor, so anthropogenic climate change is a pure hoax.

Now is a good time to trade in that gas guzzler for an electric car or bicycle. 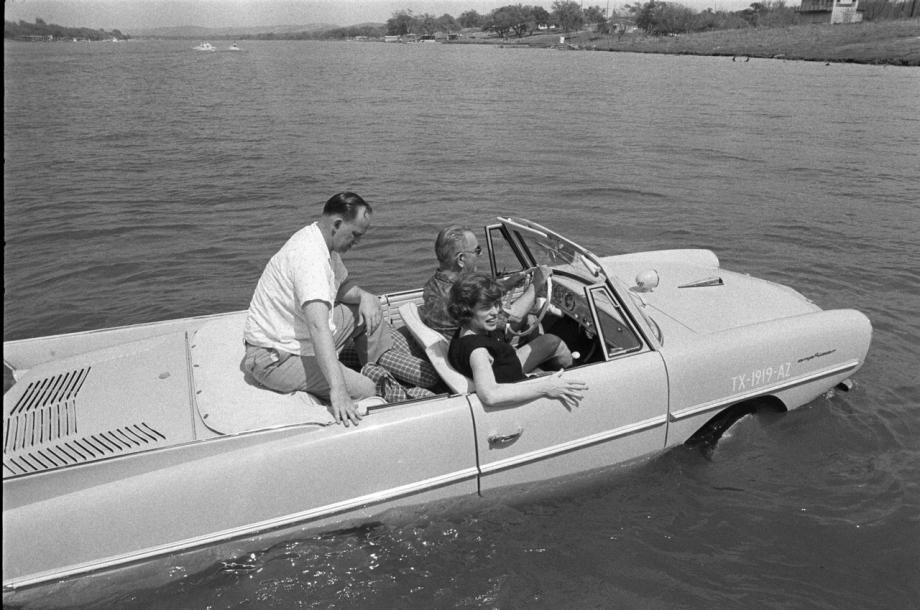 Even discounting the cheaty route from Denmark all the way to St Petersburg through the Baltic, can’t we already go over the top just about anytime of the year?

The Northeast Passage actually is ice free as far as the Kola Peninsula the whole year, but not beyond that. The map you’ve picked is a bad example because it doesn’t show the extent of any sea ice. For the record, then, here is the report from NOAA even for last year: 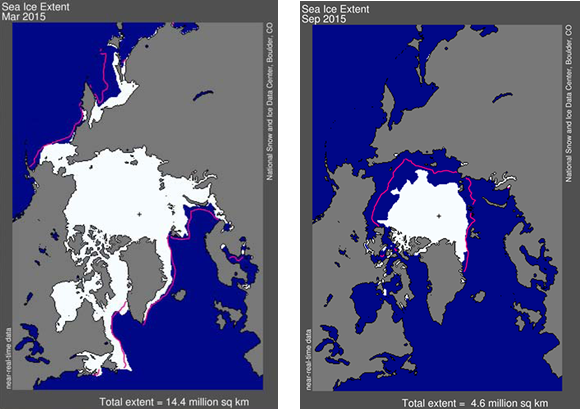 And this doesn’t include broken up ice, which can still be hazardous – contrast where the Titanic sank. All in all, the result is a route that can be and is used, but only a little and not by just any ship. Whether the image of that becoming an open sea lane resonates with you is your call, but it does seem like a big change to me.

That is Lyndon B. Johnson driving.

One of his favorite (among many) practical jokes was to drive this car full-speed at the nearest body of water, all while screaming “no brakes!” 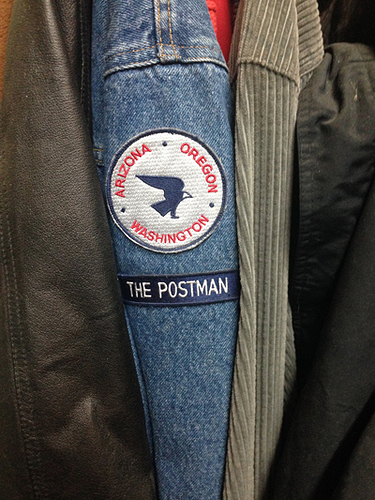 I don’t think the underlying idea was bad at all, but by the time it was finished…

Unmentioned in the video is another significant but not fully appreciated effect: local gravity. The term “sea-level” is a bit misleading. Wind, currents, tides, and various gravity effects keep the seas from the equilibrium that some folks may imagine.

The large land-based ice sheets of Greenland and Antarctica have tremendous mass & therefore generate a gravitational attraction to the surrounding ocean water. You can picture this as the ocean ‘bulging’ up somewhat around these landmasses. As such ice melts it not only increases the ocean volume but also changes local gravity conditions, dispersing the current volume of these ‘bulges’.

So any large-scale change to such ice sheets contribute differential impacts across the globe. For example, a volume of melted ice sufficent to distribute say, 3m of volume ocean-wide will actually generate a higher result (from the compounded gravity effects), and will be distributed unevenly around the globe. i.e. it will be larger in NYC and Shanghai than the ‘average’ rise overall. Maybe as much as 25% higher.

The big sphere is all salt water.
The smaller, all fresh water (lakes, rivers, glaciers).

I dunno, I still have faith that someone will synthesize ice-nine and freeze all the water.

Morbo voice: Ice IX does not work that way!

Good video but y’all might want to fact check a little regarding Sao Paulo Brazil. Yes it is near the coast but it is on top of a pretty good sized mountain range, at 760 metres elevation. At 2,500 feet it won’t get wet. This is a really common error, a meme that keeps getting repeated.

We would also lose iced tea, and be left with the lesser alternative, tea.

Assuming, of course, that we could still grow tea leaves in the drastically changed environment.