Sounds like it’s orbiting but not communicating. Based on the tweets.

OR DID IT? If I had a spy satellite everyone knew about, I’d probably say it didn’t work when I launched it as well.

I can’t really say where I got this information from in order to protect my sources but, my sources say the capsule actually contained two gorillas and several cameras. apparently it was space week on trumps private gorilla channel. guess they are going to have to either get creative and use the moon landing stages or change the schedule.

Making us pay for the Zumba should be simple. If you can’t show us the receipt, then we’re not responsible for lost or damaged hardware.

Not Neil’s biggest hit ever, but still…

Neil’s album was named for a beach in Malibu, which is a Spanglish (mis-)transcription of the indigenous Chumash people’s word for ‘abundance.’

Well, I dreamed I saw the silver spaceships lying
In the yellow haze of the sun
There were children crying and colors flying
All around the chosen one

All in a dream, all in a dream…
The loading had begun
They were flying Mother Nature’s silver seed
To a new home in the sun…

Right now, whatever happened, it sounds like the rocket did what it was supposed to do. What we don’t know is if the satellite did or not.

Of course, since the Satellite is classified, maybe it did exactly what it was supposed to. shrug

Sounds like it’s orbiting but not communicating. Based on the tweets.

So… it’s a very stable genius?

And by “the possibility that some technical assertions in the WSJ are not correct,” we apparently mean “the entire thing may be bullshit.”

I can’t read the article; what’s their source for the satellite falling back to earth? It sounds like there’s moderately strong evidence against that, although it may be failing to function otherwise, as others have said.

Northrup Grumman, who built the satellite for the unnamed classified client, and booked the SpaceX launch as a commercial flight on its client’s behalf, said it does not comment on classified missions.

Launch provider SpaceX has also said it does not comment on classified missions, but that all their data indicates that the Falcon 9 rocket performed “nominally”.

And that’s ALL we know at the moment.

Even the supposed ‘fact’ of the satellite’s failure is entirely rumor.

Rumor about a classified mission so secret we don’t even know which agency commissioned it (though the NRO has officially disavowed it).

But none of those failure modes would be a SpaceX failure, as the payload adapter, separation systems and payload are all provided by the customer (Northrup Grumman).

And they’re not talking.

Everything else is rumor, speculation and/or smokescreen.

You can do anything, with Zombo com

Everything else is rumor, speculation and/or smokescreen.

The rumors suggest it’s very expensive and “it’s for spying”, and those are both fairly reasonable assumptions.

But still, only rumors and assumptions.

But the rumors are juicy, so let the speculation, fabulation and condemnation commence!

<Off to get popcorn> 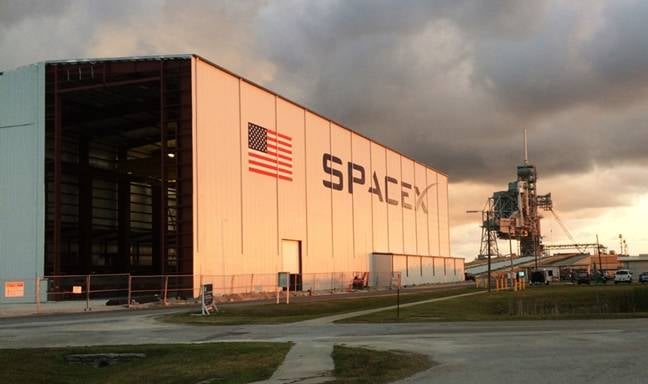 A U.S. spy satellite that was launched from Cape Canaveral, Florida, aboard a Sp...