Well good luck with that. My old Ford Falcon could barely hit 70 miles an hour.

wind and dose don’t hit any targets …yet

Cool. We’ve almost caught up with 1973. Just a generation or two ago.

I guess technology really is cyclical.

“Musk says he gives the launch at best a 50-50 chance of working today, and that’s if they can even get the go-ahead to countdown.”

And that in a nutshell is the difference between SpaceX and the NASA/ULA bureaucracy.

I misread the diagram at first, and thought that they were simultaneously launching two sounding rockets to provide aerodynamic guidance…

My old Ford Falcon could barely hit 70 miles an hour.

Yeah, but I’ve made a few modifications since then.

Go ahead and light the candle!

We’re living in the future. That was simply spectacular. The Superb Owl can bite me.

Any word on the center core landing? I was out of my chair yelling and cheering.

Damn, that was truly awesome. The simultaneous booster landings felt like science fiction.

This just doesn’t get old! 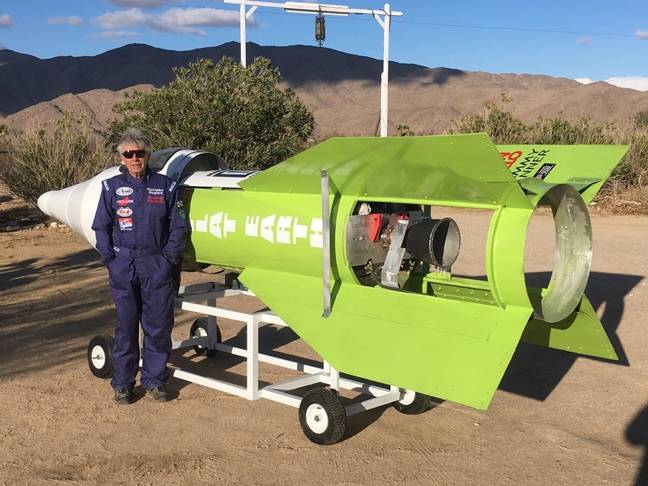 A Hughes failure: Flat Earther rocketeer can't get it up yet again

'Mad' Mike living up to his nickname

We’ve almost caught up with 1973. Just a generation or two ago.

The Saturn V was really only good for launching 100 tons of payload into LEO. Absolutely nobody needed that kind of capacity, outside of the Apollo program, especially not in the late 60’s and early 70’s. The cost of using one to launch, say, 30 ton spy satellites didn’t make sense, like buying a cruise missile when all you need is a grenade launcher.

Basically the market for lofting really big payloads (space exploration, human space flight, military spy satellites) is too small to justify building a rocket to service only that market. Especially since all but the spy satellites are subject to the whims of random budget cutbacks.

SpaceX is getting into the market because Musk owns the company and can do what he wants with his toys, and what he wants is a HLLV that can send humans to Mars. Being Musk, he’s going about it in a very shrewd way, by building something that is overkill for servicing the current big satellite market, without being so huge and expensive that it makes no economic sense to use it to launch big satellites.

Nobody landed rockets in 1973, and they wouldn’t have been reusable if they had. Look at it this way. SpaceX has done in ten years what took the US government 20, and at a much lower cost. Comparing the two is really apples and oranges.