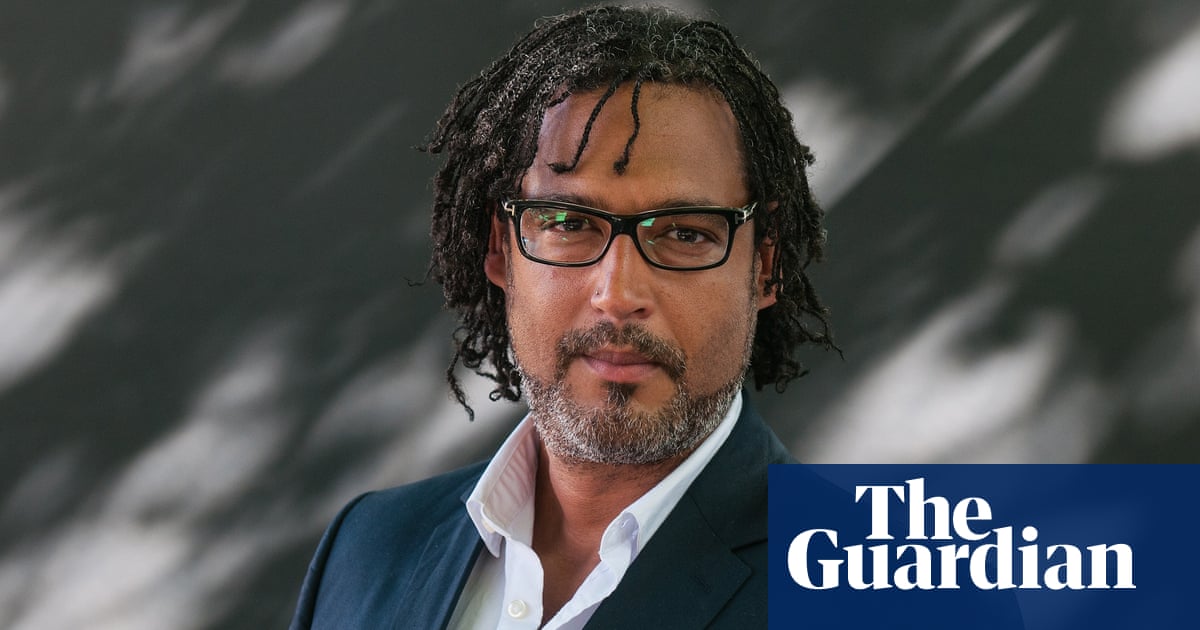 Broadcaster says report seems to want to brush history under the carpet, as others attack ‘distorted’ use of research

Seems like a lot of people can’t get past Cornel West’s style* to hear what he’s saying. I love what he says. Don Lemon listens, and West got him crying this time. Me too.

*I actually love his style, but I don’t think it’s what matters.

Apparently, there is no place in America a Black person can go without experiencing racism—not even to the border of Canada.

'I Was Asked If I Stole My Car': Black Diplomats Describe Harassment At U.S....

Former diplomat Tianna Spears says she was pulled aside 20-plus times crossing from Mexico into the U.S. "One time, I was told not to look at the officer in the eyes when I spoke to him," she says.

A football player posted the image, which superimposed two Virginia high schools’ logos on the faces of Derek Chauvin and George Floyd, to celebrate his team’s victory, according to the district superintendent.

“I’m Taking Back What’s Mine”: The Many Lives Of Thandiwe Newton

“I’m not for hire anymore. I’m not going to speak your story or say your words if I don’t feel they could’ve come from me,” Thandiwe Newton tells Diana Evans in the May 2021 issue of British Vogue

The video shows Wilson, 32, and Hall standing feet apart and facing each other in a public parking lot used by carpoolers where Wilson had been staying.

Hall appears to move toward Wilson, as Wilson appears to step backward. Hall points his gun at Wilson, who is facing him and then Hall shoots once, the video shows. Wilson collapses on his back and Hall stands over him.

As usual, officer “in fear for his life.” Fuck. 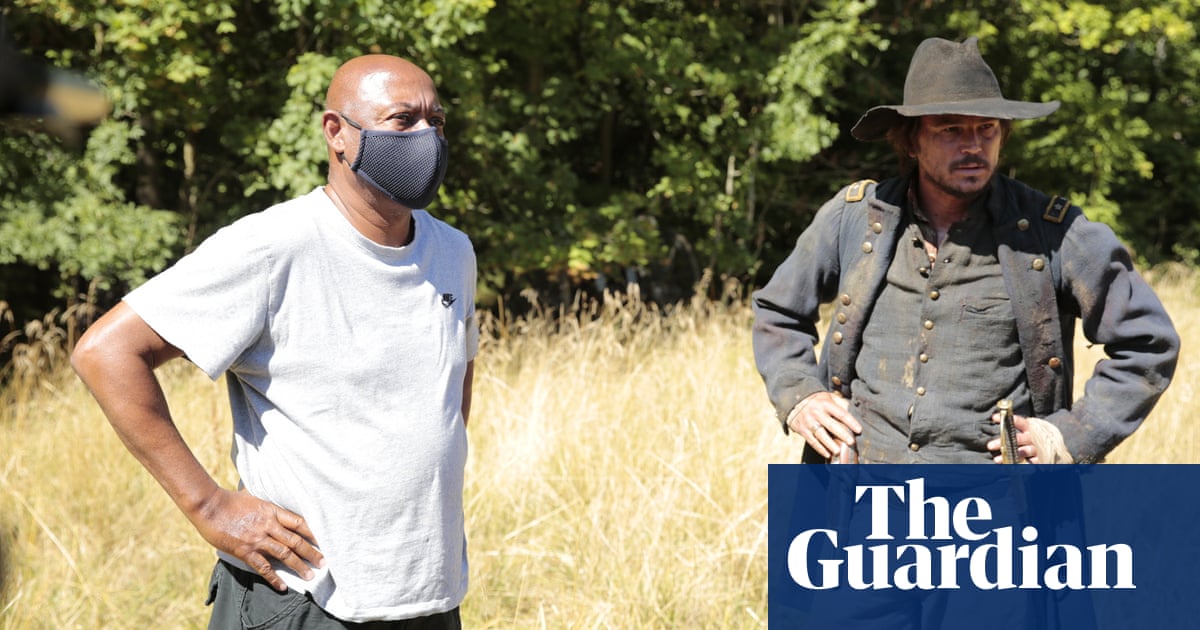 The Oscar-nominated film-maker behind I Am Not Your Negro returns with Exterminate All the Brutes, a dense HBO docuseries about a horrifying history

“Everybody needs to acknowledge that the story of the United States started with a genocide,” Peck says. “Until you can do that, nothing makes sense.” He believes this is the first time such concepts have been delineated in a film. “I don’t know any other film that voices it so clearly and so solidly. It’s like a no-no in the US – you don’t play with their origin story. There clearly have been big differences between immigrants, refugees and natives. They decided to call it a country of immigrants, but it’s not.”

Body Camera Footage Shows LAPD Arresting a Black Man Even Though Their...

Cops seem to be offended at the idea that they harass Black people with no rhyme or reason. Perhaps that notion would be dispelled if they weren’t doing things like arresting a Black man even though the suspect they were looking for was white.

I’m looking forward to seeing this… It looks amazing from the trailer.

Looking forward to the defense’s argument that according to general relativity,

depressingly, it sounds like that was the defense the first time he murdered someone

The killing of Wilson came after Hall shot and killed Laudemar Arboleda, 33, in 2018 during a daytime slow-speed police chase in Danville.

In a video of that shooting, Hall can be seen opening fire without yelling any commands. Hall later testified at an inquest that he was afraid Arboleda would run him over, the East Bay Times reported. An internal probe by the sheriff’s office cleared Hall, but prosecutors with the Contra Costa District Attorney’s Office are still investigating.

Ronnie Long Spent 44 Years in Prison for a Crime He Didn’t Commit. The State...

In 1976, Ronnie Long was accused of raping a white woman and sentenced to life in prison. Long would spend 44 years in prison despite evidence collected at the scene that would have proved his innocence never being shared. In August 2020 Long was...

A “colorblind” message defined the Democrats’ approach to economic issues for decades. Those days may be over, says Heather McGhee.

There have been entire books and dissertations written about the horrific conditions of solitary confinement. DMX captured the horror of it in six bars: bloomberg.com/news/articles/… #RIPDMX https://t.co/VYDWj19vFe

Relevant when you consider that whatever else your opinions of the man are, he was still a Black man in the US (in)justice system, which disproportionately puts Black men in solitary. A punishment he literally describes here as being worse than death.

This goes to representation in popular culture, it was 2020 before there was a Black WWE world champ… 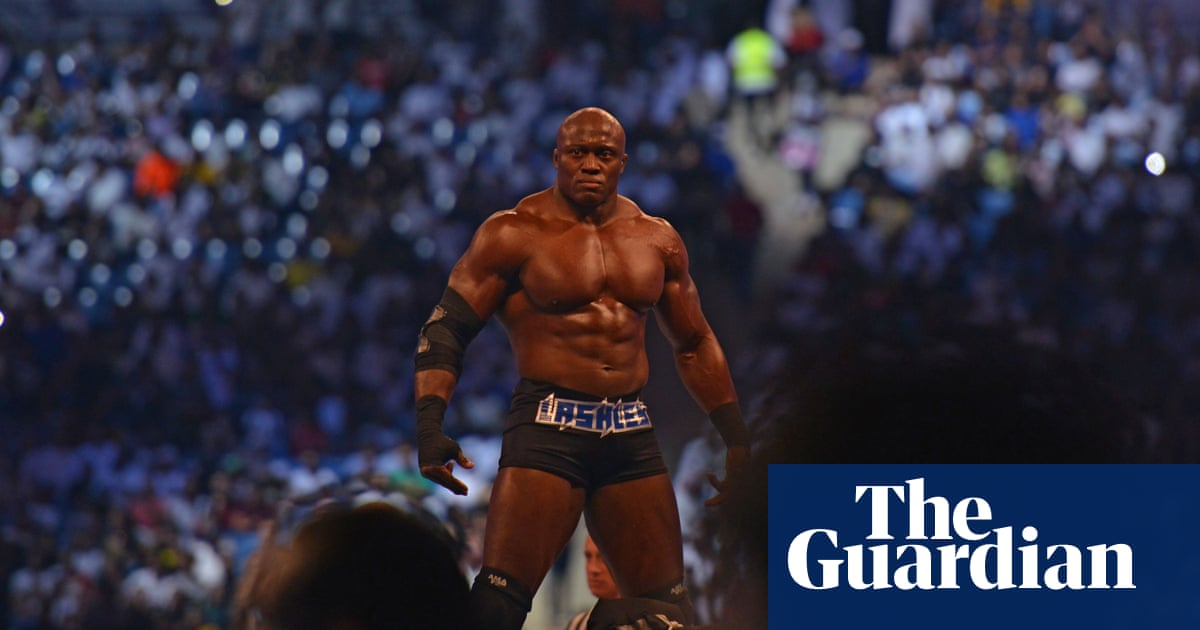 The reigning world champion, who takes on Drew McIntyre at WrestleMania 37, has had to navigate an industry with a long history of racism

Wrap your head around that… And of course, the world of pro wrestling has a long history of racism and having gimmicks based on ethnic and racial stereotypes. They covered that a bit in the GLOW tv show, with the women of color often being heels and having some pretty racist gimmicks (Cherry as Junkchain, Tamme as the Welfare Queen, Jenny as Fortune Cookie, etc, etc).

Second Lt. Caron Nazario was in uniform when two Windsor, Va., police officers ordered him to stop his car, pointed their weapons at him and doused him with pepper spray.

I couldn’t bring myself to watch the video but it’s clear from the description that these cops were hot to murder this dude.

The officers shouted conflicting orders at Nazario, telling him to put his hands out the window while also telling him to open the door and get out, the lawsuit says. At one point, Gutierrez told Nazario he was “fixin’ to ride the lightning,” a reference to the electric chair, according to the claim.

Nazario repeatedly asked what was going on but got no response. Frightened and unsure what to do, he told the officers he was scared to get out.

Gutierrez then responded, “Yeah, you should be,” the complaint said.

that these cops were hot to murder this dude.

Yeah. I watched it. I feel relatively confident in saying the only reason he is still alive is because he waited to pull over until he reached a well-lit, public area.
Fuuuuuck.