This just makes me happy.

Gives the foundation a fresh injection of credibility, at least to these old hippy eyes…

“A self-ordained professor’s tongue too serious to fool…”

Video embedding is messed up in blog view. Is this being worked on?

“Who? Is he some kind of old hippy? Better look it up - oh someone Twittered something!”

Dylan’s OK, but every year Haruki Murakami goes without the Nobel in Literature is just not right.

Is Bob Dylan the next Rob Ford?

Bob Dylan’s not bad as a poet. Like he’s even really good… but he’s not great. I really think the non-science and non-economics prizes are in some trouble. At this rate Alton Brown might just get that phone call.

It certainly is too bad they didn’t get one to Kurt Vonnegut before he died. I happen to agree with this selection – “great” is pretty subjective but influence and popularity are not wrong measurements, either, for a prize awarding a mighty subjective art.

“Sometimes even the President of the United States must have to stand naked.”

“Bob Dylan, Nobel Laureate” makes me chuckle. Not that he doesn’t deserve it-- much of his work is poetry, whether written or sung-- it just seems kind of random.

No comment on whether he deserves it or not. Just this:

this just strikes me as a lateral pass. everyone is expecting Oates, Pynchon, Murakami, probably others I don’t know. so they give a feel-good lifetime achievement award to Dylan to avoid any fallout from rival camps? the PR makes them look progressive to choose a songwriter-poet? the choice seems questionable. I like Dylan and listen to him more than I read the aforementioned novelists, but I just calls 'em like I sees 'em.

No comment on whether he deserves it or not. Just this:

That sexism exists is of no doubt, but I think this is in part due to chronology. Most prizes are awarded late in the recipient’s career. Most of the prizes are in the sciences, dominated by men still, but FAR more so in the 20th century, when the bulk of the awards were given and when the work being rewarded today was done. I hope it’s more balanced when awards are being given for work in the last 20 or 30 years. The trend of this chart shows reason for optimism.

Such a powerful influence on music of the 20th Century…

Wow! Thanks for explaining. I hadn’t thought of any of that.

Wow! Thanks for explaining. I hadn’t thought of any of that.

No need to be snarky, your post was simplistic. If every award from now on went to a woman it would be half a century before there was parity. Is that what would make you happy? 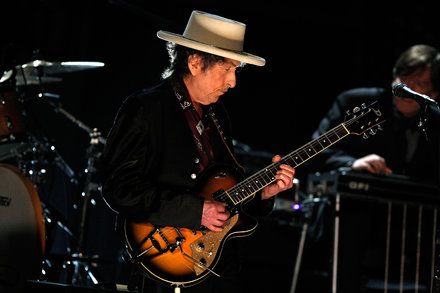 Opinion | Why Bob Dylan Shouldn’t Have Gotten a Nobel

He’s great. But he’s not a writer.

Bob Dylan Is a Genius of Almost Unparalleled Influence, but He Shouldn’t Have...

“Bob Dylan is a fire burning in an otherwise lukewarm, middlebrow, environment,” the fantastical guitar player John Fahey once said, “An inextinguishab ...