Congratulations Mr. Z. You are the man. Now everybody knows.

“If you look far back, 5000 years, you discover Homer and Sappho. They wrote poetic texts which were meant to be performed, and it’s the same way for Bob Dylan,”

Oh, man, I remember when Homer went electric at Newport. The crowd hated it.

I guess they never tried to read Tarantula.
Zing!

It’s always nice when someone is recognized for their work, particularly after toiling in obscurity for so many years.

No, but I have some James Baldwin and Hemingway books…

Seems fitting. He sure as hell wasn’t going to get that award for his music.

I know: Insulting someone so powerfully influential is a teenager’s game. That’s my burst of arrested adolescence for the day. Tomorrow: The guy who wrote “Imagine” was an asshole! Wooo! 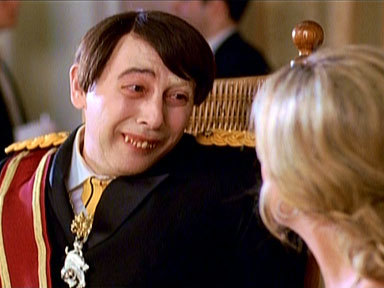 The Swedish Academy has always been a depressing puzzle when it comes to Literature. This only adds to that. Haruki Murakami, Umberto Eco… over the years the transparency of bias has been so disheartening.

There comes a time when a wrongness with an authority shifts from anger to something else. It goes beyond frustration into outright embarrassment for the committee itself. The Literature Committee is so myopic that it provokes genuine feelings of pity from me that they can’t see how they are perceived, how meaningless the Literature prize itself is becoming in the minds of readers and writers around the world.

Perhaps I interpret it oddly, but The Emperor’s New Clothes is a very sad story for me. That’s how I feel each time this prize is awarded. When I see what should be a very respected body becoming akin to The Holy Roman Empire, twisted by intellectual inbreeding, political bias, unmerited snobbery, and completely blind to their lack of relevance, I can’t help but feel sad for them.

The Swedish Academy has always been a depressing puzzle when it comes to Literature. This only adds to that. Haruki Murakami, Umberto Eco… over the years the transparency of bias has been so disheartening

Just who would you prefer to a poet that has emotionally affected many millions for more than half a century and changed the course of popular music as an art form, and perhaps even history in bringing the protest/criticism song to the forefront of culture? There’s irony in your accusation of “out of touch”.

As I mentioned in another thread, my 17 year old is a Dylan fan, in his 7th grade’s ‘Heroes Project’ he chose Bob. That’s staying power.

Here he’s singing Blowing in the Wind to schoolmates. 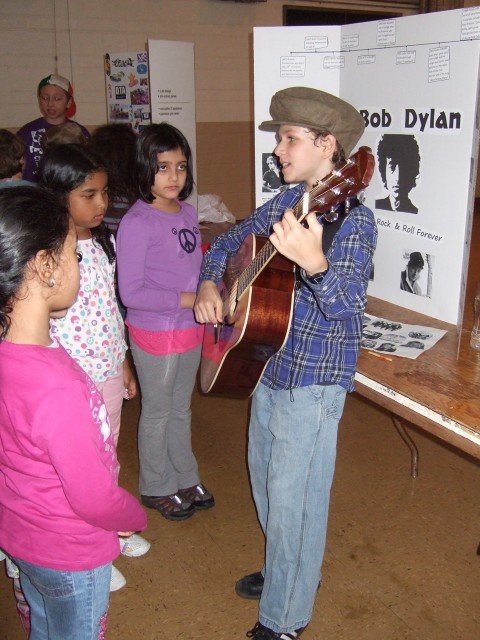 I would prefer the prize for literature to be about literature, not politics. There was pressure to give the award to an American because of statements implying Americans weren’t really even in consideration in recent years. They Holy Roman Emporer of Nobel Literature said:

“Of course there is powerful literature in all big cultures, but you
can’t get away from the fact that Europe still is the center of the
literary world . . . not the United States,” he said yesterday. “The
U.S. is too isolated, too insular. They don’t translate enough and don’t
really participate in the big dialogue of literature. That ignorance is
restraining.”

Nobel Chief Disparages U.S. as ‘Too Insular’ for Great Writing

After that there was a bit of an uproar, obviously. The last writer they chose from America was Toni Morrison, another political choice, passing over other writers around the world that were far more deserving.

So this time they pick this one… and if you can’t see the politics in this choice, I don’t think arguing the point with you is a good use of our time.

So this time they pick this one… and if you can’t see the politics in this choice, I don’t think arguing the point with you is a good use of our time.

I’m sure Bob is appreciating the irony of some people being unable to see things except through their biases and baggage. It’s what he wrote about. You see the 'inside baseball" of Nobel politics, the rest of the world sees a great artist getting recognition.

Yeah, because obviously he has slaved away in obscurity for the last 50 years. I believe he will accept it gracefully, but this is more like Jethro Tull winning the first Heavy Metal Grammy. I am embarrassed for Bob Dylan, too. I would not want to be the recipient of an award given simply for intellectual spite based on a political agenda, however meaningless the award has become over the years.

This is actually, as I understand it, something that’s been getting debated for quite some years- Whether songwriting could be considered “literature”.

I’m overall not opposed to that at all. I see no way, however, to really rationalize this choice for a Nobel Prize, this year. In the 1970’s, looking back on his cultural impact at that time in context? Sure. Now? Sorry, I just don’t see it. It would make as much sense to dig up Woody Guthrie and give it to him. I am having a difficult time seeing the last thirty years of Bob Dylan’s career in this context.

Well the second songwriter if the 2200 sings writen by Tagore count.

Rabindranath Tagore[a] FRAS (/rəˈbɪndrənɑːt tæˈɡɔːr/ ( listen); Bengali: [robind̪ronat̪ʰ ʈʰakur]), also written Ravīndranātha Thākura (7 May 1861 – 7 August 1941),[b] sobriquet Gurudev,[c] was a Bengali polymath who reshaped Bengali literature and music, as well as Indian art with Contextual Modernism in the late 19th and early 20th centuries. Author of Gitanjali and its "profoundly sensitive, fresh and beautiful verse", he became the first non-European to win the Nobel Prize in Liter A Pirali Br...

I think it can be yeah. I think it’s only short-sightedness and the fact that it’s a “crass” popular form that’s stopped it from being truly understood as an art form that fits within the bounds of literature. I’m not a particularly big fan of Dylan, but I like many of his songs and think they are well written. Personally, if I were going to pick a song writer, I’d go for Cohen, but I also understand why Dylan was picked. His influence on popular music was pretty big over the years and his lyrics are solid. Cohen is certainly a poet and author outside of song writing, but I just don’t think his influence is that comparable to Dylans.

Is there something that says the recipient must have accomplished whatever within a certain time frame? Asking honestly- I don’t know what the rules are.

I do think they have to be alive at the time they receive the award, but I think that’s the only real constraint.

No, not at all. And I fully recognize that fact here.

When you compare it to people who have been passed over, though, like the aforementioned late Umberto Eco, or Haruki Murakami, who have spent their entire lives creating works that are easily Nobel quality, it’s hard to rationalize this. People who continued pushing the evolution of world literature, and continued/continue to do so. That is only two pet examples because they are favorites of mine. There are many others, perhaps even more deserving.

It feels almost like they say “Who can we give this to so as to more obviously look like we are passing over better choices?” Or, it occurs to me, “How can we give this to the United States, so they can chant ‘USA, USA’ and we can laugh into our sleeves?”