It would be nice if they could rescind Obama’s Nobel and re-issue it to Snowden.

You beat me to it, I was about to say how one was deserving while the other was a dream.

Let’s not forget that Snowden was working for national defense. It may not make him a bad person, but look at Nobel’s will,

shall have done the most or the best work for fraternity between nations, for the abolition or reduction of standing armies and for the holding and promotion of peace congresses

Where and how did he do that? He highlighted the excesses of one nation, primarily directed at its own people.

Shoot, at least Obama won his before he committed any war crimes. Kissinger got one after orchestrating the secret bombing of Cambodia.

Snowden winning his award for actually doing something.

Now James Clapper has to figure out how to spin this one without looking like a cartoon character.

I don’t think the Nobel Peace Prize has any real legitimacy any more, not since they gave one to Obama before he’d even had a chance to sit down. If I’d done something supposedly worthy of the prize, I’d be inclined to turn it down on that basis.

As I’ve said time and time again. Spying on allies is par for the course. European intelligence agencies have been known to spy on American businesses and pass secrets on to their own country’s industries. The shock here stems from naivete. I have to say I wasn’t too bothered by these revelations. It annoys me when people talk about other countries being our “allies” like that’s somehow analogous to real life friendships between individuals. Are you going to tell me corporations are people too?

If anything Snowden reduced the fraternity between nations. Sorry. Did he do something I think needed to be done? Sure. Is it Peace Prize worthy? No. Does he deserve a medal? Yes, but not this medal.

Snowden is definitely a guy you have to sigh, hold your nose and say: Well, regardless of his creepy beliefs and motivations he’s mostly on the right side of this issue.

Snowden is definitely a guy you have to sigh, hold your nose and say: Well, regardless of his creepy beliefs and motivations he’s mostly on the right side of this issue.

That is not an opinion I share. Supporting Julian Assange is at best a nose-holding endeavor. I don’t know what Snowden believes that could be characterized as “creepy.”

He’s historically a right wing, goldbug, paultard as I understand it. You’ll notice that you won’t hear these guys complaining too much about civil liberties when it comes to the private sector. Like Paul, he can be “right” on things, even if it’s for the wrong reasons. 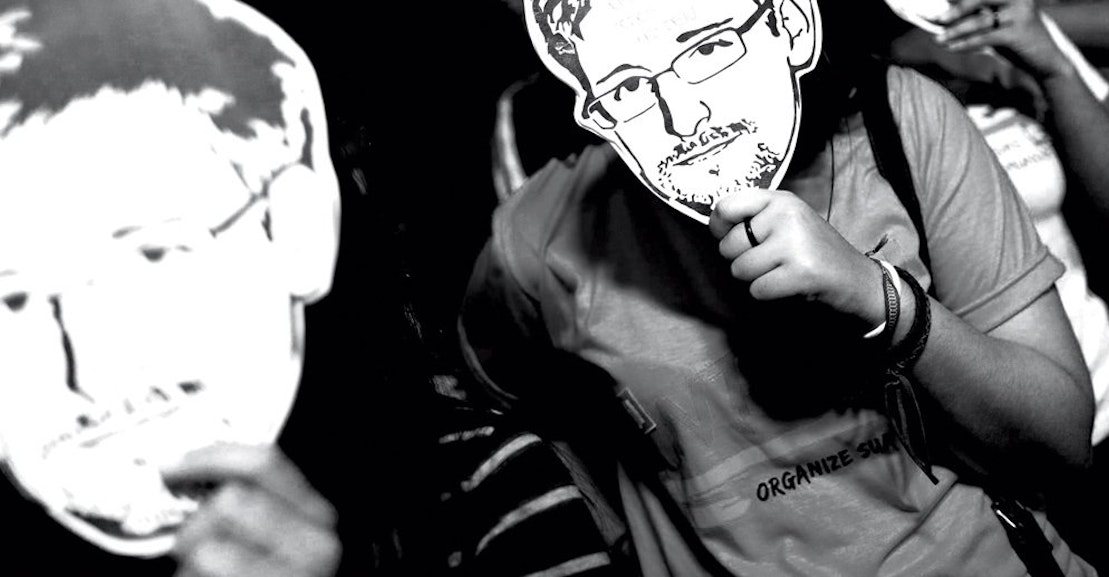 Would You Feel Differently About Edward Snowden If You Knew What He Really...

Thanks, Libertarians. But We’ve Got This

Let’s have a debate over the Left and the state. But not on the libertarians’ distorted terms.

A momentous event indeed. I’ll follow their example with my own. I actually meet the qualifications to nominate Peace Prize winners, and I’ve just nominated… Xeni Jardin! See how meaningful it is?

It is imperative that he share it with Manning.

I’ve read through the “mean” version, and I have to say, all I’m learning is that people have all kinds of ideas and sometimes hold differing beliefs as they grow older. My Internet trail reveals me to be, at various times: A libertarian, an anarchist, pro-gun, anti-gun, a douchebag, a feminist, a nativist, an anarchist again, and at least once- a complete idiot. I can’t look at years of Internet posts and decide I know what someone thinks.

I’m irked by one thing in particular in the “mean” article, where they discuss Glenn Greenwald defending white supremacists as an attorney. He spends a paragraph talking about how alarming it is, then goes on to say, “but I guess that’s not a big deal.” Then why fucking mention it in the first place? It’s a transparent attempt to color Greenwald a certain way before actually getting into the substance that’s supposed to support the argument. He was right about one thing: It isn’t relevant.

I do know why Snowden said he did it; and frankly there’s not much creepy about that. Is he my saint? No, I wouldn’t have worked for the NSA in the first place. Does he probably disagree with me on some things. Sure. Big deal. At least he didn’t rape someone.

At least he didn’t rape someone.

Just wait. They’ll have him touching children and stealing an old lady’s social security before too long.

One could almost say it would be an audacity to hope for that to happen.

You may have hit it on the nail. Although I am sympathetic to Mssrs. Valen and Solhjell in general I cannot shake off the feeling that they nominated him as a way of getting a little PR for themselves.
The Norwegian Socialist Party has gone trough a couple of disastrous years. Snowden’s case is exactly the sort of issue that registers on the radar of the voters they’ve lost recently. (Me being one of them). However, as opposition MPs there are clear limits to their influence on American domestic affairs, hence them having to resort to this largely symbolic gesture.
In any case, I feel that Norway’s PM Erna Solberg from the Conservative Party didn’t do too badly in this case – giving the American’s a pretty negative reaction despite being from a traditionally very pro-US party.