I have had to use a device like this for my ass and my back for a couple of years – the minute I stop, problems come up, so I use it once or twice a day.

I find that the foam rollers will get flattened eventually, and then you need a new one. But this type of roller never wears out! It’s also smaller, which works better for me: 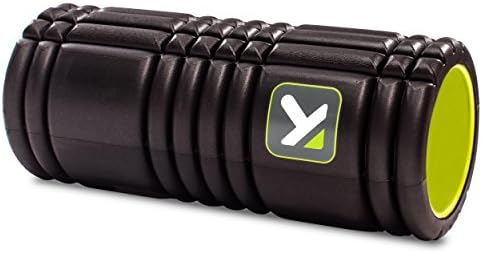 TriggerPoint GRID foam rollers feature a patented design that offers a superior, multi-density exterior constructed over a rigid, hollow core that withstands repeated use while maintaining shape and i ...

Agree to disagree over a $20 piece of foam being “cheap.”

I addressed that and linked to it in the review, at the bottom. My opinion: not worth it for folks who are on a budget, or just trying this out for the first time. $15-19 vs. $49-69 for the fancy devices.

You could, of course, fashion one for yourself out of twigs and discarded yogurt cups. Let us know how that goes.

The Trigger Point “Grid” rollers are amazing, and yes they don’t wear out as fast as other rollers. They provide a bit of extra texture that allows you to really dig into those muscles. The other thing is that they are smaller and hollow, this makes them good for traveling (stuff them with a shirt or two, throw it in a carry-on). If you have the expendable income or are ready to graduate from the typical black foam rollers, this is a good investment.

You could just get a length of 36x4 inch PVC pipe. It will be painful at first but you will get used to it.

I agree it’s galling that they’re overpriced for what they likely cost, but i’ve been looking for a similar cheap tool to recommend to patients for almost ten years and generally feel there’s not a great substitute. A wooden dowel in a pool noodle or just a tennis ball is ok, but not as good, and having a good tool for pain in the glutes/legs/mid back is usually worth $20 bucks

No, I definitely see where you’re coming from, that it’s cheaper compared to its competition.

But I still harbor a knee-jerk reaction that views expanded foam as essentially valueless. Granted, EPE != Styrofoam, but it’s a big mental bump for me to get over.

I went to a gym briefly that was pretty enthusiastic about these. Mightn’t it be said that simply getting up for a brief walk every now and then and maintaining an active lifestyle would eliminate the need for such a thing?

Of course, if one is recovering from surgery or otherwise incapacitated, that isn’t necessarily an option.

Some folks like the softer (usually white), more than the harder (usually black). If you can try one at the gym, see what works for you.

Mine was worth every penny I paid for it. I mainly use it to loosen the sides of my legs to relieve pressure on my knees. Works wonderfully. Especially for a fraction of the cost of one trip to the masseuse.

No. The whole point of the review is that if you walk a lot, as I do, the tool is all the more valuable. I walk like 5-10 miles a day. The way the body works is that when you use it, sometimes your muscles get tight. It’s not just for sedentary people, quite the contrary.

It’s a good thing to do, but athletes and very active people also get pain that these help. Bad pain happens to good people with largely good habits, it’s not simply something that happens to the sedentary or those with bad posture or ergonomics.

Edit:
When people, especially those who stretch and are active, ask why they still get pain, I tell them that we’re still in beta as we’ve only been walking upright for a couple million years.

It’s a lot cheaper than a daily professional massage, and as far as I’m concerned, no price is too great to relieve chronic pain.

Might I also suggest the Orb. I now prefer this to a roller. Smaller, easier to re-position, and you don’t have to sit or lay on it, you can put it against a wall.

Also sometimes cheaper to get a long one and cut it in thirds, if you can go three ways with two friends.

Foam rollers work well against a wall as well.

Tennis balls and lacrosse balls are popular too, for really zeroing in on tight spots. Two tennis balls taped together can be used to loosen up your back:

(plus a roll of hockey tape)

That’s a fantastic reminder. My therapist recommended that also. The two together for the whatever they’re called muscles that run vertically along the spine is a cool idea I hadn’t considered.