Various European countries (Belgium, Ireland, Finland and the Netherlands) have stopped making 1- and 2-eurocent coins and round cash prices to the nearest 5 cents, though the coins from other countries are still legal tender.

Preppers know that all that fancy paper money will be worthless in the future.

I thought the plan was going to be to melt down all metal currency to outfit enough of the populace with metal armour for Rees-Mogg’s Newer Model Army Re-enactment Players in charge of Border Security and Oppidan Repulsion?

And Bobby Pins!
Although I find them everywhere anyway.

I’m saving mine for my slingshot.
Ball bearings are for scattering on the road…

IIRC they are required to mint some, a minimal number of coins, which are absorbed by the collectors‘ market.

Personally, I blame the Germans. Though I do like the 500 € notes.

Stopping production on the penny and rounding everything to the nearest nickle is one of those things a vast majority of people are either neutral or agree with, but never seems to get any traction. The small minority of people who are against it are much more strenuously vocal about it.

Let’s get rid of the nickel while we’re at it. We could easily quote prices to the nearest dime. I suppose then we would stop minting the quarter and either mint a new 20¢ or increase minting of 50¢ coins.

Personally, I blame the Germans.

Why??? We need the small change, we never give tips!

Guess what- there are already bigger notes than that. 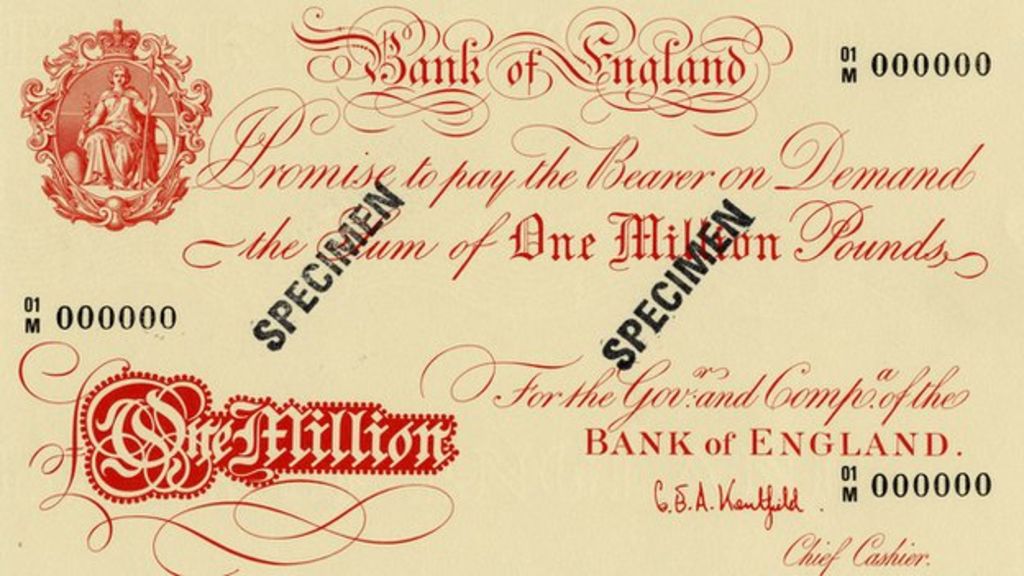 They will probably spend their life guarded in vaults. So why does the Bank of England print £1m and £100m banknotes?

Canada ceased production of its 1c coin five years ago

The only sensible thing Stephen Harper did in his whole time in office. It passed unopposed.

Canada ceased production of its 1c coin five years ago, but it remains legal tender.

Does it? No one was using them when I was there recently. Except to make coasters, ear rings and other tourist trinkets.

No one was using them when I was there recently.

Not for purchases, because if you are paying cash the merchant will just round to the nearest nickel. You can still exchange them at a bank.

I still have a stash as a source of metal. Drilling a hole in a penny is cheaper than buying a washer. When the worn-out battery cable in my son’s car wouldn’t tighten, I cut a penny in half and wedged the half-moon into the clamp to take up the slack. It lasted for months until my nagging convinced my son to replace the clamp.

I heard most of the pro-penny polls were funded by the zinc lobbyists, with independent polls showing 70% approval for getting rid of them.

Just make sure that your self directed IRA invests in aluminum foil and toilet paper.

Only thing 1c and 2c coins were good for is the lowest stake poker.