Like a lady barbarian’s armor in a computer game, the new fiver doesn’t crumple easily or get wet or tear, but still folds, and has a see-through window.

I had a great idea many years ago in design class, where the money would be printed on Tyvek, which is that non-tearable paper some envelopes are made out of.

My other idea was on the back of the $1 bills have a space to sell ads. So you can sell advertising space. Literally make money making money.

What Brits will soon be saying about plastic money if they aren’t already:

Source: all of the above complaints were common when polymer notes were introduced in Canada. Once they circulate a bit and get some dirt and creases (they don’t crease easily, but they do crease), the notes get easier to handle. I don’t know if they really can melt in the dryer (and I’m not about to test) but I suspect heat is no worse for these bills than it is for paper ones.

In Canada, there was also an urban legend that the C-note was scratch-and-sniff, so you could tell a real one from a fake by checking to make sure that it smelled like maple syrup. Maybe the Brits will have a version of this one with fish-and-chips or lager or farts.

All we’re missing is cheap bendable screens so we can have animated gifs in our money.

And they’re so much cheaper to buy, too!

We bought a tyvek envelope for my baby when she was in her paper/cardboard/everything chewing phase. Apparently she can smell a counterfeit a mile away though, and never took an interest…

All we’re missing is cheap bendable screens so we can have animated gifs in our money.

In Canada, there was also an urban legend that the C-note was scratch-and-sniff, so you could tell a real one from a fake by checking to make sure that it smelled like maple syrup.

My God, you people are adorable.

But can you Spock them?

You can “play” a record just as well using the tip of a fingernail.

Brilliant! They would fall apart before you could max them out!

I recognize that recording. It’s from “The Sound of Brexit.”

My God, you people are adorable.

Well, it makes a sound, but it’s a far cry from actually playing a record. And it doesn’t take much to play an analog vinyl recording. When I was a very young child, I had a handed-down record player. Electricity was only used to rotate the turntable. The “speaker” was the playback head, which was basically a sewing needle attached to the piece of tinfoil. The head was quite heavy, since a great deal of pressure was needed for playback.

Not the exact model, but really close… 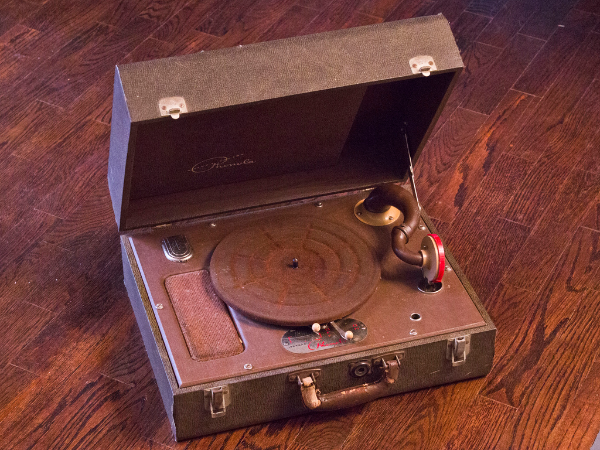 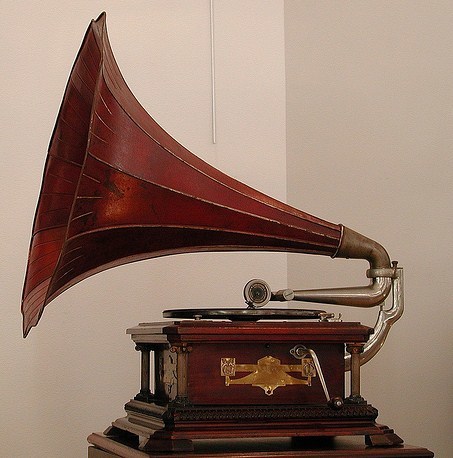 Actually, neither did the one I had. There was a hole for a handle, so you could crank the turntable manually, but it had long since been lost.