How can anybody be surprised about this, what with Churchill on the note.

The obvious rejoinder is that “polymer pellets” are used in just about everything and if you start looking, it will probably be hopeless to find something that is not contaminated with “a trace of tallow”.

I demand to only ever touch currency that has never been used to purchase animal products!

So only eat the £1 notes? Or is the taste just not rich enough?

Might be a bit hard on the teeth. We only have £1 coins now. Have not had £1 notes for so long I cannot recall them. Decades?

There’s an easy way out for the UK government: just blame the EU … as usual.

I was expecting the traces of tobacco and whiskey…the tallow was just a nice bonus.

US bills come with traces of cocaine. Man up, England.

I liked pound notes. They got rid of them in 88, apparently, but the coins were introduced in 83. A year before they got rid of 1/2p coins…

Banknotes of the pound sterling | Scotland and Northern Ireland

While provincial banks in England and Wales lost the right to issue paper currency altogether, the practice of private banknote issue has continued in Scotland and Northern Ireland. The right of Scottish banks to issue notes is popularly attributed to the author Sir Walter Scott, who in 1826 waged a campaign to retain Scottish banknotes under the pseudonym Malachi Malagrowther. Scott feared that the limitation on private banknotes proposed with the Bankers (Scotland) Act 1826 would have adverse e...

The pound coin is one of my favorite pieces of currency. It just feels right.

I never liked them. Too heavy, and I don’t like carrying shrapnel around. But now I live in the US being stuck with no coins worth more than 25c in common circulation also seems daft.

If you don’t want to use the new Banknotes, don’t use them. Simple as that.

Are you going to mutiny? British victory The Indian Rebellion of 1857 was a major, but ultimately unsuccessful, uprising in India between 1857–58 against the rule of the British East India Company, which functioned as a sovereign power on behalf of the British Crown. The event is known by many names, including the Sepoy Mutiny, the Indian Mutiny, the Great Rebellion, the Revolt of 1857, the Indian Insurrection, and India's First War of Independence.[a] The rebellion began on 10 May 1857 in the form of a mutiny of sepoys ...

My second favorite coin is the Japanese 500 yen piece (around 5USD, depending on the vintage of your nostalgia). Finding one of those in your couch is like a mini payday.

So all you vegans (etc., etc.) who don’t like the new fiver, feel free to send any you have to me.

Speaking of India and banknotes… 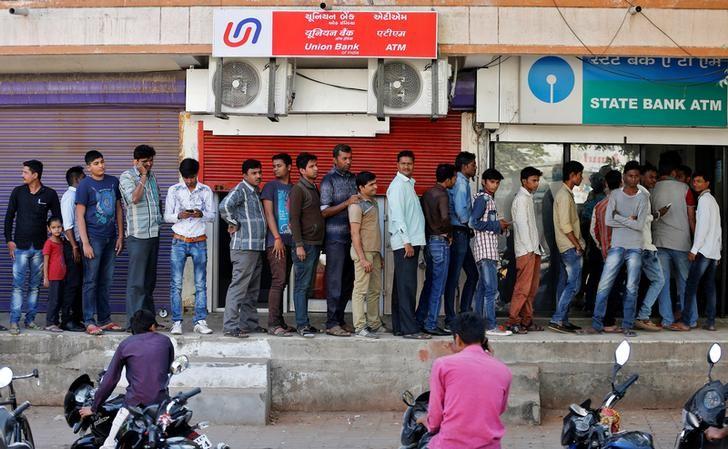 Prime Minister Narendra Modi shocked the country on Nov. 8 by abolishing 500 and 1,000 rupee notes, which accounted for 86 percent of the cash in circulation. The move was aimed at cracking down on the shadow economy, but has brought India's cash...

The Sepoy Mutiny was my first thought, too. You’d think the British would have learned this lesson by now. Maybe there’s a reason the sun sets on their empire these days.