Brown bear rolls up on men snoozing in a field 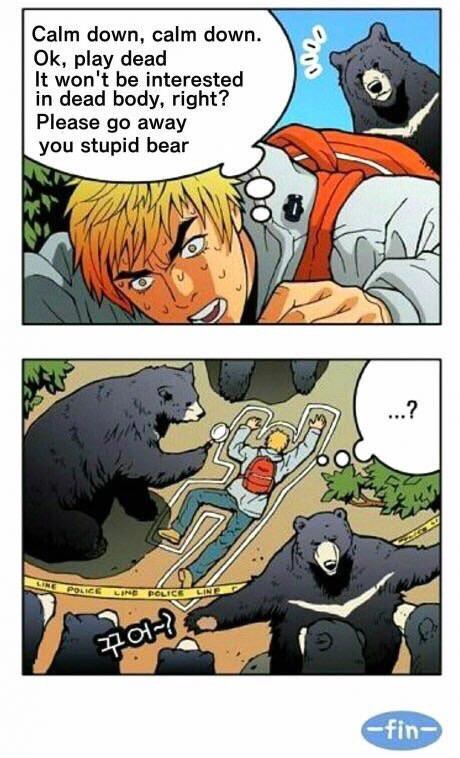 Bear: Oh, no - sleeping humans. Wait, the little blond females are supposed to be the most dangerous. Better make sure these aren’t some of those… 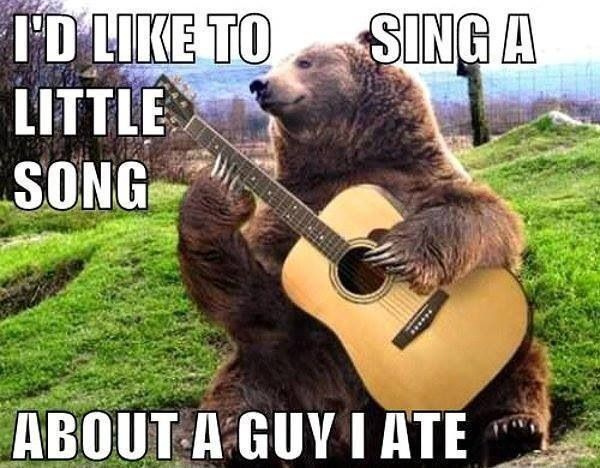 that was obviously a setup.

Watching that bear look around while high-tailing it back to the bush reminds me of Michael Cera in Superbad:

Attempted to recreate that moment in The Revenant, only a cub shows up and the guys are like “Whoa, kid… no… this ain’t cool… go get your mom, but you go away.”

Squad goals. I really hope someday a good friend suggests we just lay face down in the grass for a while. How relaxing!

The curious youngster isn’t a real threat. If mama comes and feels the men are a threat it could get bad fast.

This makes zero sense, there was no picnic basket in that photo.

It is a ViralHog video so after watching this: https://www.youtube.com/watch?v=zhPRtCW5sRk there is a good chance that this whole video is either faked or staged.

“sleeping” aka passed out drunk.

The final chapter of Picnic at Hanging Rock, revealed.

Yep! However, I maintain that the folks filming the interaction, willing nappers or not, are assholes. The ‘nappers’ are being put in danger, for the sake of likes and follows. The bear is being villainized for nothing more than being a bear, doing bear things.

It’s a small brown bear. Those guys weren’t in any exceptional danger unless they started acting threatening to the cub and the mama bear was nearby.

Lose the fluorescent green socks. They attract bears like crazy.