Here too! So, what was Jello’s issue with him back then, exactly?
(Too many kids meditating in schools…?)

The recent GOP proposal to let states keep Obamacare may be another step in this direction.

I was really surprised to see this language as well. It would be a pity for so many to lose access to healthcare, but it can be assumed that the states that have already resisted federal funding for Obamacare will be the ones to reject it outright and the ones that were on board with funding and use of the exchange will retain it. This would create further healthcare access disparity between “red” & “blue” states. Especially with leadership that is willing to stick their necks out and exercise the population’s wishes.

I think the same can be said of the economy. Economic powerhouse states with diversified economies like NY & CA should be able to weather the encroaching isolationist trend much better than states that are heavily reliant on a handful of industries that are, in turn, reliant on export (at least to other states). It doesn’t seem like it would take long for that to really start hurting.

Dig in California and New York! 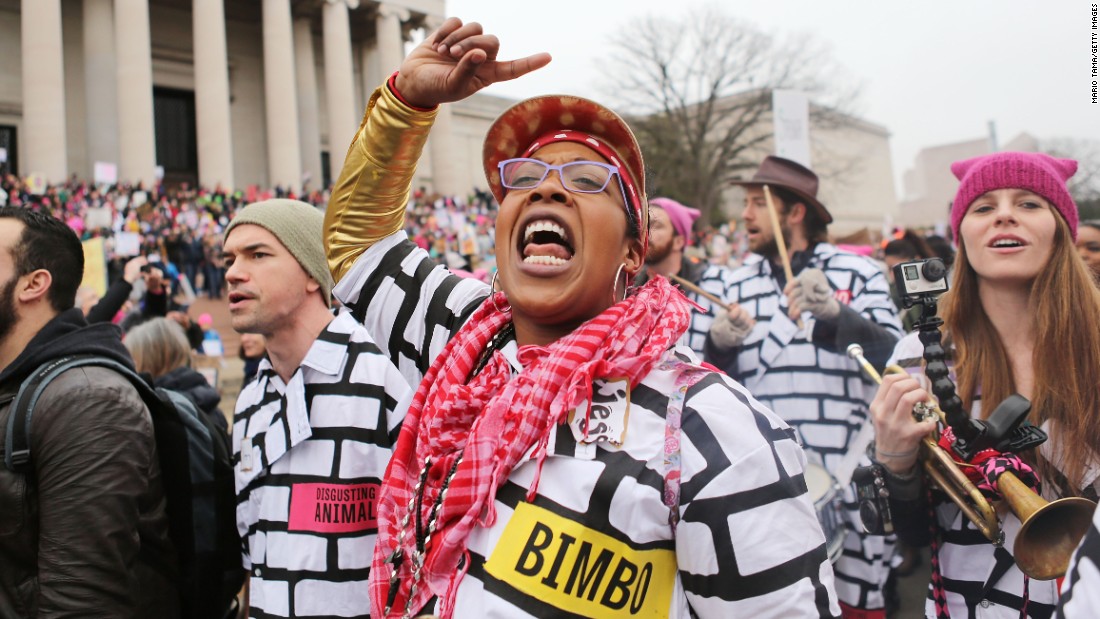 Andrew Cuomo: States, use your power to protect women's rights

In this new political era, governors and state legislatures have a duty, through executive orders and legislation, to protect reproductive rights, close the wage gap and combat sexual violence, says New York's governor.

It’s possible that the outcome we’re currently driving toward is a transfer of power back to the states. We’ve already seen the states defy the federal government on marijuana laws. The recent GOP proposal to let states keep Obamacare may be another step in this direction.

And, really, why not? Not every issue has to be decided on the federal level. Let blue states be blue and red states be red.

How about Trump’s plan to attack “Sanctuary” cities? Watch him get Jeff Sessions to sue them while he starves them of federal funding.

Trump has no interest at all in letting anyone have autonomy from him.

This has to do with the reservoir levels, though, not the aquifers. Reservoirs and snowpack only indicate short-term water supply. The truth is that the aquifer has been steadily depleted throughout the 20th century and the USGS estimates it would take 50 years to naturally refill them. For nearly a century, Californians have drained an incredible amount of water from the ground to grow crops and water landscaping. But the practice is not sustainable, and the water has not returne…

How about Trump’s plan to attack “Sanctuary” cities? Watch him get Jeff Sessions to sue them while he starves them of federal funding.

Trump has no interest at all in letting anyone have autonomy from him.

No, but he has the effect of making people desire autonomy from him, and that may make him a catalyst for states to reasssert their independence. The Republicans are already philosophically inclined toward state’s rights and many of them would be happy to grant the blue states progressive social policies in exchange for the opportunity to transform their own states into dystopian hellscapes. There are always going to be people in both parties who want it all one way, but the more they try the more absurd federal politics becomes.

Makes me proud to be a Californian. Gov. Brown has been a breath of fresh air and an example of how a politician can use their powers for good (I’ll overlook the bullshit Delta Tunnels program he’s pushing, everybody gets one pass and that is his). I hope to meet him one of these days and shake his hand and thank him for what he’s done for the state. He’s a class act.

I know he’s probably tired and looking forward to retirement in a few years, and I don’t begrudge him that well-earned rest, but I would soooo vote for a Brown/Sanders or Brown/Warren ticket in 2020.

This has to do with the reservoir levels, though, not the aquifers.

Well, yes — I was replying to @gracchus’s assertion that California’s reservoirs were ‘almost empty’, so, yeah, I was talking about reservoir levels.

If you want to talk aquifers, fine.

The depletion of aquifers is serious, but it’s a wickedly complex subject, not well-addressed by the sort of over-simplified, hyperbolic cherry-picking to suit a pre-determined conclusion that media doomcrying is so often prone to (that article you excerpted, f’rex) .

Some aquifers are being depleted. Some aren’t.

Some aquifers subside when they’re pumped down. Some don’t.

Some are well-managed storage resources, pumped down in dry years, then refilled with both natural rainfall and imported surpluses applied via spreading grounds and injection wells in wet years.

Indeed, as more SWP member agencies are bringing more such managed underground aquifer-storage projects online, they’ll be able to store and use the surpluses they’re entitled to in wet years — but that means less surplus to be sold at bargain rates to Central Valley farmers, many of whom are already over-pumping their own (possibly subsidence-prone) aquifers due to the recent drought(s).

You can hear Biafra discuss it here:
http://audio.californiareport.org/archive/R607141630/e
He describes the lyrics as “a theory that didn’t turn out to be right”.

As I understand it, he thought that the revolutionary movements of the 1960s had mutated into new-age passivism that could easily be exploited by fascists, and that Jerry Brown was in a unique position to exploit it.