“Within a factor of magnitude” isn’t a dead heat. A guy who runs a race in twenty seconds isn’t in a dead heat with someone who does it in ten. And that’s about the difference we’re looking at.

For a different source that came to the same conclusion: twice as much carbon per joule for coal is also the number Sarah Zielinski (no relation) came up with here: Natural Gas Really Is Better Than Coal.

“Within a factor of magnitude” isn’t a dead heat.

Geologically speaking, it really is. Thank you for the back and forth. I’m all set.

I can’t let a howler like that stand unchallenged, lest silence appear to imply agreement… “Within a factor of magnitude” isn’t a “dead heat” when considered over the short term OR over geological time.

Getting the order of magnitude correct is enough for a Fermi problem-- but that’s for recreation, little more than a party trick. By the time you get to the back-of-the-envelope stage, you should be trying to get within 10%. Specifically for environmental problems, I can recommend John Harte’s book Consider a Spherical Cow.

Carbon from methane isn’t quite equivalent to carbon from CO2, of course-- methane is much more potent greenhouse gas-- but it doesn’t stay in the atmosphere long. (It oxidizes to CO2 and water.)

Its half-life in the atmosphere is around 8 years. Which means it doesn’t have much impact on long term warming (e.g. projected temperatures for the end of the century), but it will likely have a big impact on peak temperature change. This matters in the (unlikely) scenario in which we manage to reduce emissions of long-lived greenhouse gases so that global temperatures peak and stabilize before the end of the century. Because in that scenario, methane emissions may well determine whether we stay below the UN’s threshold of 2 degrees of warming, or whether we miss it by a sizeable margin. Of course, if we fail to deal with long lived greenhouse gases, there’s probably no point worrying about methane, or, for that matter, civilization.
Details here: http://www.nature.com/nclimate/journal/v6/n8/full/nclimate2998.html

In a home pv system, there are times when the batteries are full, the sun is still shining, and unless the energy goes somewhere, the whole system will degrade. So you set up a dummy load, like a water heater that heats a bunch of water no one will use, just to bleed off the excess juice.

For the state to be paying someone to use their excess seems lime a stupid waste of resources, why not have kilns or smelters that only get turned on when there’s juice to burn?

This whole idea of having a constant 24 hour flow of electricity ignores how people and how nature operate. It would really be OK to change our habits to adapt, instead of moving mountains so we dont have to.

Last new years Nut-job California tried to get into Mir-a-Lago for three days! I said no. California was bleeding from a botched facelift. DISGUSTING!

It would really be OK to change our habits to adapt, instead of moving mountains so we dont have to.

Ah, but there’s so much money for a man, or two (but not many more) to make in moving mountains. And in obliterating them.

People will still tend to use lights when it is dark, and a/c when it is hot. Industrial power users have to coordinate workers schedules and supply lines. Unless you have reliable power, these things cannot happen.
That being said, people should and could build with energy conservation in mind. It used to be that industrial buildings had lots of windows to let in natural light, and could be opened for ventilation. Houses as well. It must be hellish to live or work in a high rise when the power is off. The toilets stop working, the windows don’t open so the heat starts building up…
If we are going to live with fluctuating energy supplies, we need to build for it.

Fortunately or unfortunately, depending on which end of the deal you’re on, in California the utilities are required to practice net metering for the first megawatt of a customer’s solar power array, whether they particularly want to pay that much for those ergs then or not. See Wikipedia: Net metering. We’re probably going to have to do something about that at some point, but for the short term, it’s politically… tricky.

(I do like the idea of smelting things when there’s excess electricity production-- bauxite -> aluminum comes to mind-- but that means investing capital in a plant that’s going to be idle much of the time. Since electricity’s only a third of the outlay involved, even “free” electricity means an aluminum smelter would have to run at least 67% of the time to be competitive.) 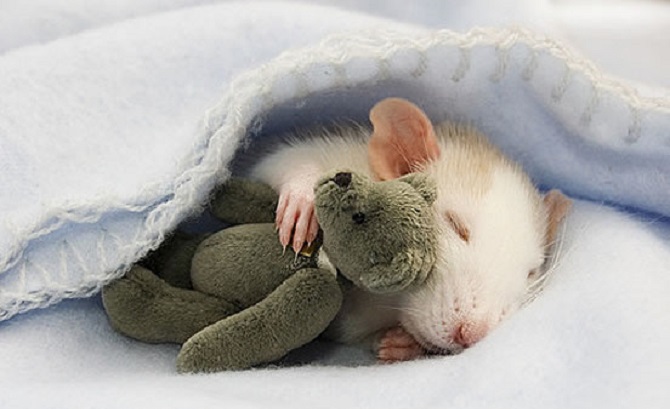 Shouldn’t the beautiful forthcoming wall be coal powered? He’s pushing a solar wall as a good idea. So which is the best, coal or solar? Its not like this administration to send mixed signals.

The crazy thing is; if it does become a solar wall, the panels will be facing Mexico. Did he consider that?

I know this might sound crazy, but after reading this when it came out in the paper (I actually have a subscription and get a newspaper delivered to my house and everything) I am overall optimistic.
We are taking a major lead in solar and also screwing something up, yes. But I think the positives outweigh the negatives and will continue to do so in the long run.

I can make that power disappear, and I’ll charge half of what Arizona wants. Give me a call California!

We don’t need superconducting power lines. HVDC is very efficient and it works today. And energy storage already IS cheap - today. And the sun DOES shine at night - somewhere else, of course, but there is no really good reason why we could not have a globally interconnected grid.

And all of these techs, which seem perhaps to be extravagantly expensive, are not when measured against:

You are exaggerating intermittency problems. Sun and wind complement each other. Add in hydro, tide (eventually), geothermal (perhaps eventually, and whose potential is gigantic) and what utilities themselves tell us is that 100% renewal is quite doable.

Cost of transmission, both initial costs and line losses, are one reason why we don’t have a globally connected grid. Political complications are another huge reason why. Heck, we have three grids in America, with limited DC ties between each.

Burning some amount of carbon is in our future for the next 30-50 years or so, regardless of how quickly we can adopt solar and other renewables. Natural gas plants are the most efficient at it, have design lives of ~40 years, and are generally aged out well before that by improvements in efficiency. They will continue to run when economically viable, but new plants still need to be built to replace the oldest and dirtiest ones in the fleet.

Coal may be somewhat close to NG in terms of carbon released per unit of energy produced, but in terms of all other pollutants, it is not anywhere close. If we can stop burning coal, we will see a drastic drop in respiratory illnesses (some sources say coal particulates kill 13,000 per year in America), much lower amounts of SO2 and NOx, and even less radiation in the environment. In fact, if we replaced coal generation with nuclear, we would see radiation release levels drop by approximately 99%, due to the concentrations of Thorium and Uranium naturally occurring in coal and concentrated in fly ash, a byproduct from burning coal.

The California Public Utilities Commission would never allow itself to be captured by the for-profit energy indust–oh, wait…

The long-simmering scandal in the state Public Utilities Commission over a secret deal to stick ratepayers with most of the costs of shutting down the San Onofre nuclear power plant just got more interesting.

Sorry, you’ve got that backwards – “turning down” solar is exactly as easy as turning down the sun, while gas turbines are quick to ramp up and down.

I seem to be missing something. I would have thought you turned down the sun with something more or less like a curtain or shade. It doesn’t sound like a complicated engineering problem.