Imagine if the Whale Oil industry had as much influence on early 20th Century energy policy as the hydrocarbon industry has today.

Imagine if the Whale Oil industry had as much influence on early 20th Century energy policy as the hydrocarbon industry has today.

If they hadnt run out of whales who knows what could have happened.

If they hadnt run out of whales who knows what could have happened.

Luckily that could never ever happen with fossil fuels since they exist in infinite supply.

Luckily that could never ever happen with fossil fuels since they exist in infinite supply.

California, leader in the resistance.

Sorry, but isn’t that what tesla coils are for?

That outcome is more fun to play; than it is to live in.

One more reason to generate and store your own power, it’s sad that this BS still happens but not if you use it as a motivator. 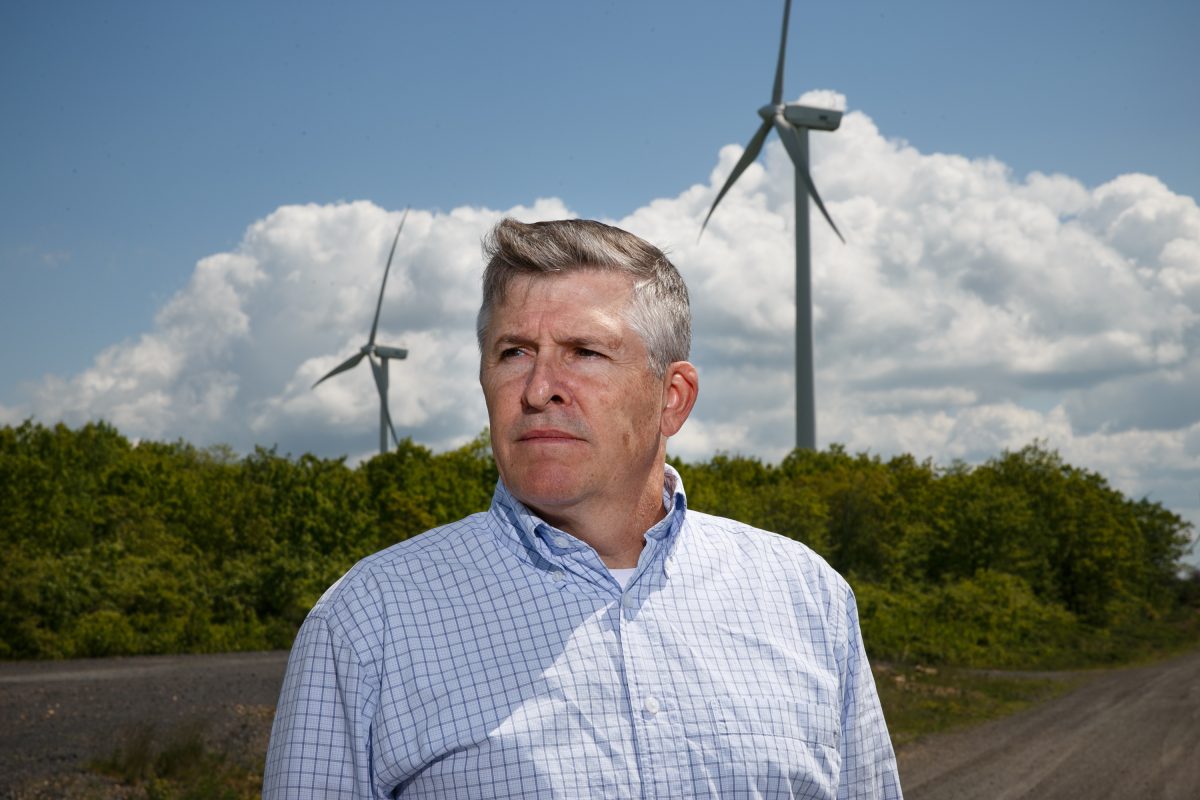 Tilting at windmills? Old coal mines could play a role in renewable energy

A local entrepreneur has applied for permits to build 21 pumped-storage hydro facilities to store renewable energy, including some on old coal mines. One is planned for Bucks County.

I hear Psycho California still living in the 20th century! Solar energy is FAKE! The future is CLEAN USA CAOL! Economy a disaster. No wonder everyone is moving out. Sad!

solar production is just so much cheaper to dial down than gas (whose plants can’t be turned down and up again without huge expense).

Sorry, you’ve got that backwards – “turning down” solar is exactly as easy as turning down the sun, while gas turbines are quick to ramp up and down. Pretty much only hydro is faster. Historically that fast response time was used meet demand peaks during the day, particularly in areas that use a lot of air-conditioning, because traditionally baseload sources like coal and nuclear cannot easily be ramped up and down. In other words, before gas became cheap enough to use 24/7, its main selling point was how fast it could be ramped up and down.*

All of that said, negative electricity prices, which is what you have when somebody is paying you to take their electricity, are as much – if not more – a result of market deregulation and inefficient power grids as they are of the success of renewables. Because of deregulation, utilities and grid operators no longer have total control over the power system, and this means they have to manage an energy mix that is not what they themselves would have selected. Policies giving preference to particular energy sources play a role too. Not surprisingly, there are both up- and downsides to this.

The relevance here is the following: Electricity prices go negative when the grid is getting too much power from inflexible power sources, meaning sources that are expensive to turn on and off (like solar, wind, coal, or nuclear). The power companies look at the situation and evaluate how much it would cost to turn off one or more of their inflexible sources. If it costs less to pay somebody else to take the excess electricity then they do it. That is what happened here: California had an excess of solar power, it would cost more to shut plants down than it did to pay Arizona to take the electricity, so they paid Arizona. It’s not a common situation, but it isn’t rare, either. The only time it seems to make the news is when it’s caused by renewables, but it has been happening since long before there any renewable power sources on the grid.

*I’ve oversimplified a bit, there are ways to reduce the output of a solar farm, but they are all equivalent to throwing away free fuel (which is what makes it “expensive” and therefore inflexible), and some coal and nuclear plants can ramped up and down much faster than they could in the past, but still not nearly as fast as gas turbines. And despite an increase in the use of gas for 24-hour power, in practice the ratio of energy it generates to that that it could have generated if running 24/7 – the capacity factor – is not too different from that of solar or wind.

That was a fluke! What are you blubbering about? I’m baleen on this conversation, no sense talking at cross-porpoises.

The regulators justify their natural gas expansion by credulously accepting the power companies’ blithe assertions that power transmission from solar fields is too hard, batteries are too expensive and solar production is just so much cheaper to dial down than gas (whose plants can’t be turned down and up again without huge expense).

If you’ve got a superconducting power transmission line, a cheap energy storage technology, and/or a way for the sun to shine at night, this would be a good time to speak up.

Solar is a good technology. But that doesn’t mean it has all the characteristics we need to keep the grid live 7/24/365; an array produces less power during night, haze, winter, and other such conditions. There’s no good way to store energy from noon to midnight, let alone from one season to another. (There are ways-- molten salt, pumped-storage hydroelectricity-- but they’re expensive and inefficient.) For the moment, we need a mix of energy production technologies, and natural gas wins primarily because it’s cheap and dumps less carbon into the atmosphere than coal.

I think the point is that this mix already exists and that the rampable sources aren’t being ramped. This also seems like it starts making dead simple the logic for building grid storage.

it’s cheap and dumps less carbon into the atmosphere than coal.

The amount we capture for use, sure. But what about the amount we flare off in the process?

We don’t dump waste coal into the atmosphere. It stays a rock. Unpumped oil remains in the ground. Gas is let out, some is captured, LOTS is not. Let’s talk about total usage, and not slice off the one piece of the apple pie to compare to the whole orange. Natural gas usage -including- the giant candles seems like a better number to cite for total “usage” and CO2 stats.

Back of the envelope math says it’s sort of a dead heat.

I see what I did there, didn’t even mean to.

plus what goes uncaptured? coal just sits there.

What, methane just plain lost into the atmosphere during extraction of natural gas? Adds maybe another percent, according to Methane emissions from natural gas industry higher than previously thought.

Carbon from methane isn’t quite equivalent to carbon from CO2, of course-- methane is much more potent greenhouse gas-- but it doesn’t stay in the atmosphere long. (It oxidizes to CO2 and water.)

(It oxidizes to CO2 and water.)

Well, lets count the other -anes. It’s not all methane now is it?

But overall, you’re saying that coal and natural gas are, equivalent for equivalent, well within an order of magnitude in terms of awful for the environment? Because that’s what the back of my envelope told me. Dead heat. We can use your envelope in this case, says the same thing doesn’t it?