Just based on a quick word search of the study document in question would suggest that this conclusion doesn’t even take into account the huge environmental and social costs around conventional energy production that are typically externalized.

On another note, I’ve heard a very similar argument made for constructing buildings to meet environmental standards (e.g. LEED and etc.).

Wow you beat me to it!

Wind and solar don’t destroy aquifers and poison water sheds. They don’t create mountains of ash, toxic shale rubble, acid mine drainage, or radioactive waste. Wind power doesn’t reduce farmland to sterile rubble, in fact wind turbines can be sited in the middle of farmers fields. They take up less land than a coal powered plant would need for parking and storage, while the coal plant is being fed by strip mines and shits out mountains of toxic waste.

I would be verrry interested to see some kind of resource audit for existing and future renewable energy sources, i.e.: How much unobtanium do most solar collectors require in their production? Does something like this exist? Knowing the limitations of any method is key to improving and integrating it with others.

I’m fully supportive of renewable energy sources, but recognize that their design can utilize scarce elements and intensive processes (not unlike nuclear).

Actually, there’s an interesting (and freely available!) article that does address the externalities of fossil fuels relative to the costs of renewables. 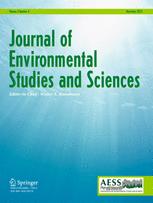 The social cost of carbon: implications for modernizing our electricity system

The US government must use an official estimate of the “social cost of carbon” (SCC) to estimate carbon emission reduction benefits for proposed environmental standards expected to reduce CO2...

Things look very bad for coal plants of any flavor. I predict that we’re going to see a well-financed “liberal war on coal” campaign, as coal companies start spinning hard to keep the industry afloat at all costs.

As for the cost of rare earths for solar and wind production, it is a good question, and the best place I’ve found to get some idea of what’s going on is at Chemical and Engineering News, which fortunately is going more and more online. Since Obama became president, his administration has been quietly pushing to open or reopen US rare earth mines, because most of them currently come from China. Things get weird in manufacturing renewable generation, because while China manufactures most solar panels and wind turbine parts, the US supplies a lot of the raw materials (other than rare earths) and buys a lot of the finished product. Arguments about trade wars over solar production of a few years back were rather simplistic.

The other big challenge is to get power companies to break their tragic addiction to massive power plants and to figure out the legal and technical challenges to handling distributed grids of rooftop solar and small turbine wind. We’ll never lose the national grid, but there’s hundreds (if not thousands) of square miles of unused roofs in the sunbelt, and the power companies still insist on plowing up pristine lands to build their damn power plants, just because they know how to buy from a single big generator but not from thousands of small generators, and they’re afraid to make the switch.

I recall seeing a map - possibly on this site - detailing the approximate date on which solar outcompetes fossils. It varied by climate of course, but the dates were all fairly soon. However, solar energy stinks of socialism and hippies, and must be resisted. Bottom line be damned!

doesn’t even take into account the huge environmental and social costs around conventional energy production that are typically externalized.

Regarding very real costs from externalities is anti-'merican, I suppose. Last thing we want to do is look beyond our noses at the bigger picture. This type of 'merican thinking is the same reason we still don’t have a single payer system for health care in the USA and are behind every other industrialized nation.

Ummm, yes they do. Solar panels involve a witch’s brew of nasty chemicals (arsenic, cadmium, acids, etc) – solvents that are much worse greenhouse gases than CO2. Wind turbines use quite a bit of rare earth metals – mining rare earths is usually quite destructive and involves quite a bit of radioactivity (thorium).

Ummm, yes they do. Solar panels involve a witch’s brew of nasty chemicals

Ummm, no they don’t. Mountains?

How about keeping it in perspective and looking at externalities while you’re at it? There is no energy source that’s perfect, but solar vastly outmatches fossil fuels, etc. Please try not to distort that fact with mountains of FUD.

Being from Canada, I understand your desire for real public healthcare, but can we please stay on topic?

Just looking at one set of renewable energy sources - offshore wind, wave and tidal - illustrates this plainly. The UK government's own Offshore Valuation Report from 2010 prepared in collaboration with industry found that just by using 29% of the UK's offshore resources, by 2050 the UK could become a net exporter of electricity, creating 145,000 jobs and generating £62 billion revenue annually. By upping this to 76%, in the same period the UK could become a net energy producer earning £164 billion annually.

And this does not even touch the potential of solar, geothermal and other renewables inland, with costs of production and installation dramatically falling to a point where it is beginning to compete with conventional energy, low-cost storage capacity dramatically increasing, and grid parity just around the corner.

Damned if we do, damned if we don’t, eh? I’m not so much of a pessimist that I think our situation is hopeless, but, even before I learned that wind turbines use rare earth metals I looked at the amount of metal that goes into producing them and the amount of oil (or some other substance) that must be needed to keep a field of them lubricated and thought of them as, at best, a stopgap measure–a means of producing energy that might, if we’re lucky, tide us over until something better, if it exists, can be found.

I was on topic in responding to your post about the issue of ignoring externalities. There is no ban on brief analogies at boingboing. If anything, you’re derailing this thread by focusing like a laser on a brief analogy instead of my greater point that the problem with weighing all costs is endemic to the United States (for the most part, impact-wise anyway). If you don’t want to discuss externalities, then I suggest you refrain from the topic you brought up in the first place. But I do request that you stay on topic instead of focusing on my brief analogy. Thank you for your cooperation.

Thank you for your cooperation

I’d be happy to cooperate, just like we should all be cooperating to bring about public healthcare in 'merica.

You pointed out the need for rare earths that at the moment largely come from China, who does not have a sterling environmental track record in their mining industry. OTOH, the US is schlepping tons of disused e-gear to third world countries for disposal. This usually involves breaking down electronics in a highly toxic manner to recover the metals within. It would be a win-win if someone could create a cost effective way to recover those same metals without sending them overseas and creating a huge environmental hazard.

As far as solar production goes, I suspect over time the U.S. will innovate its way to better sustainability while producing them:

The USA needs to dedicate a “Manhattan Project” towards more sustainable energy research and development and do it now. Especially since climate change is already considered a national security issue. But, I fear many Republicans would stymie that in our current political climate.

Feel free to point out the mountains of toxic waste from renewables on GoogleEarth. Because the coal industry has certainly created piles of waste that are visible from orbit.

I’m not sure if this has it, but the top link should lead you there with it’s content and/or you may ask around within it’s forums, etc.

Only if one is to embrace false equivalency instead of looking at the facts.