Can you solve the secret sauce riddle?

BUT, it should have been on the summary slide, and more importantly, should have been a key part of the explanation. Instead they just start off “ok we know he was down to two numbers…” but don’t say why. It leaves people confused even when they’ve been told the solution!

Don’t points 2 and 7 contradict each other?

If it’s that much of a secret, don’t eat it.

I disagree. This is a lame contrivance. The riddle simultaneously depends on the interrogator being wrong and right. If the interrogator were right, there would be no riddle, but if he is wrong, why are we taking his statements as axiomatic for our solution?

That won’t buy much lately on the streets these days. 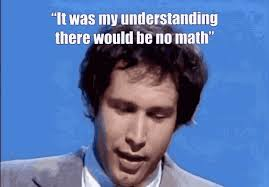 Is this deliberately ambiguous or inadvertently ambiguous because the setter misuses English?

Am I missing something here?

You need to see the video. Apparently there was an interruption at that point.

In fact, ETA to say (also ref my comment previously, and @aidtopia’s comment) DO NOT JUST READ THE SLIDE!! It is an inadequate summary and is misleading/incomplete. Watch the video.

Ok, I think I got this one. In order for the interrogator to be absolutely certain of the answer, he has to narrow the possibilities to two numbers, one of which has a one as a second digit. To get to this conclusion, the chef answers “more than 500” and “not a perfect square” and “yes” to is it a perfect cube, which leaves two numbers 512 and 1000, What we are left with is a number that is less than 500 and both a perfect square and a perfect cube, and there is only one, 64

No, it’s obviously in Alabama. 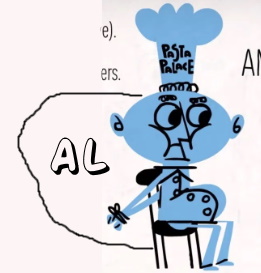 Assuming at the outset that he has it narrowed down to two numbers is incorrect in the sense that that requires its own proof, which I think it what is confusing people. It turns out, based on the parameters, that there are no possible groupings that would allow the interrogator certainty based on his last question larger than two, and there is only one such grouping. The video is not wrong, but it kind of skips steps in a way. It makes intuitive sense to assume that the answer is a perfect cube because that narrows down the options significantly, but that is a shortcut, and is not technically proven until you do the math.

I think what ultimately confuses people about all of these types of puzzles is that the solution is always presented as a combination of hard math and fuzzier seeming leaps that actually have hard math behind them. I think either using less actual math, or more actual math, would make these more clear depending on an individuals inclination and the nature of the particular puzzle.

Would a Buck Three Eighty wrench work? Asking for a friend on a budget… 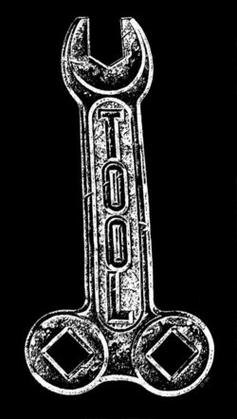 I was about to write a comment disagreeing with you, because I had no problem assuming the number was a perfect cube, since I know those are pretty rare, and with only four questions, you need to narrow down your answer pool quickly. But then I realized not everyone even knows what a perfect cube is. I have no idea how you would write a puzzle like this without your audience having at least a little math knowledge, though. Hmm.

Well, you have to do math to solve this, and when you assume that the answer is probably a perfect cube, you are technically “doing math”, you are just not showing your work. You need two pieces of knowledge, what a “perfect cube” means, and that there are considerably fewer perfect cubes within a given number sequence than there are perfect squares and other numbers. This seems “obvious” but if you were trying to explain the answer to someone that doesn’t understand, you would have to demonstrate these ideas first. I think the best explanation of this particular puzzle would probably be a more rigorous one. I have just become generally curious about the psychological effect of these puzzles, and why some people are so difficult to convince. My hypothesis is that it has to do with the explanations themselves

I disagree. This is a lame contrivance. The riddle simultaneously depends on the interrogator being wrong and right.

I wasn’t referring to the puzzle itself – it’s very contrived, obviously – but the way they slipped in the last clue (so subtlely that they forgot to include it on their summary sheet), the last clue being that the interrogator believes he is down to 2 numbers and the next question will narrow that down to one for certain.