Since the main site hasn’t bothered covering it (yet?), what are people’s thoughts on it? I can’t say that the general strike and the flag of the CNT waving isn’t nice, and the Catalonians have been after this for a long time.

There is this thread, FWIW…

…weird. that didn’t show up in the similar threads when I was making it. Most recent there was the 2015 referendum

How did you search for it? I just put in Catalan and came up with that (plus, I’d been reading it).

Discourse gives you a list of threads which may already be what you want when you’re creating a new thread so that you don’t have to search first. May have just been a weird temporary glitch.

Yeah- that doesn’t work very well in my experience.

I don’t really have an opinion on the Catalan independence; I don’t know enough about the referendum or the situation to judge it properly.

But I definitely think that the Spanish govt’s reaction has been excessive, brutal, indiscriminately heavy-handed, and utterly stupid.

ah there we are @GettyImages https://t.co/CRZdvkqSvO 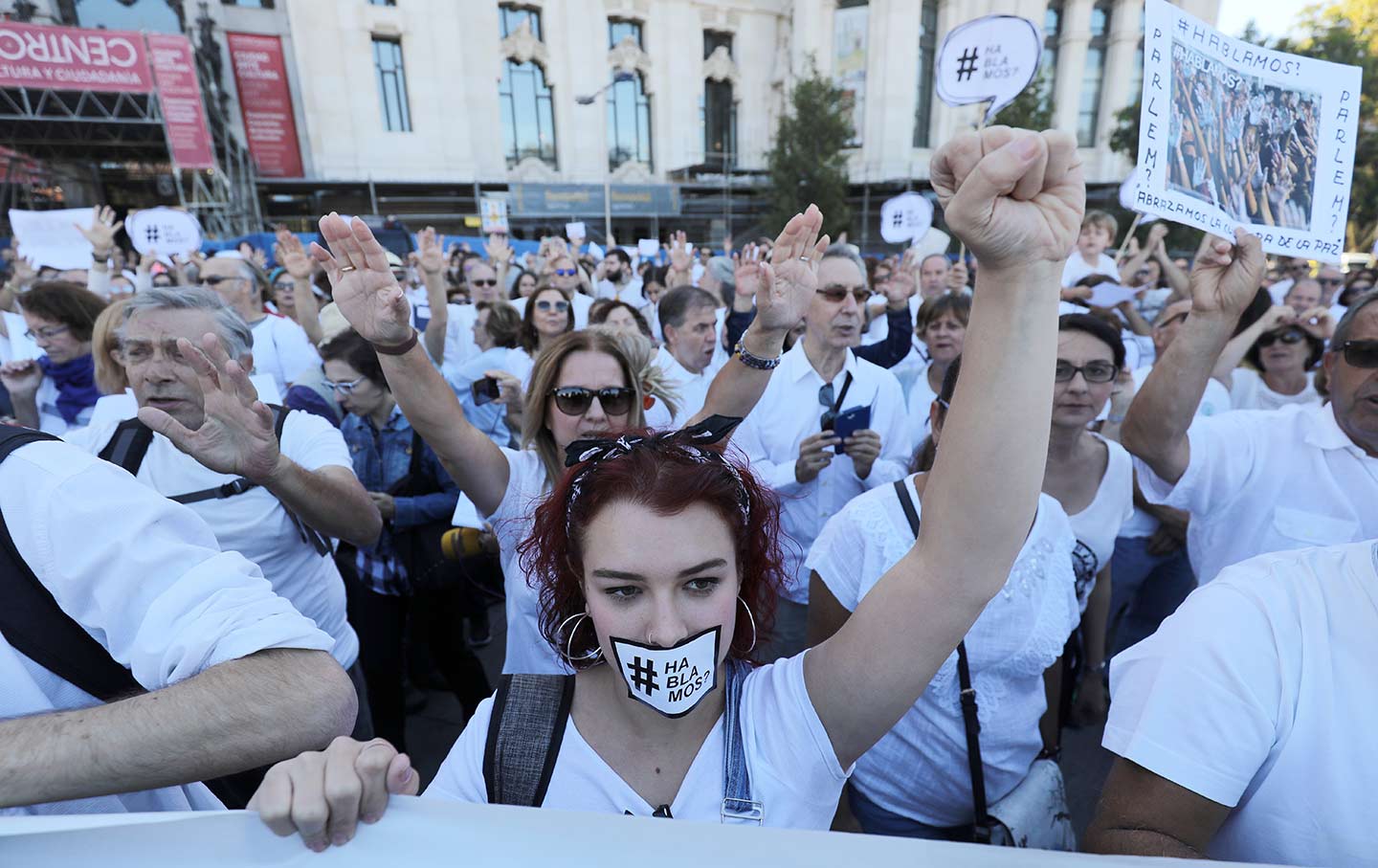 Can Podemos and Its Allies Save Spanish Democracy?

They’re offering a responsible alternative to the two sets of flag-wavers on the question of independence for Catalonia.

I have a complicated view of it.

On the one hand, I think the EU means we no longer need to have the nation states. I have no particular attachment to the entity that is Spain and I dont care if it dissolved back into its constituent states.

However I am not in favor of rich parts of existing states declaring independence just so they dont have to share revenues with their poorer brethren. Im not sure if Catalan independence is about self-determination or reducing a tax burden. So I am pro Scottish independence (if thats what Scots want) and anti London independence, if that was what Londoners wanted.

I am also extremely anti the use of force on civilian populations. For that reason I think the Spanish government should be censured. Basically its wrong to beat up grannies for trying to vote. Its also wrong to confiscate 700k ballots and then claim there wasnt sufficient votes to provide a quorum. Similarly its wrong to be beat up and intimidate voters and try to argue the same. I cant support this kind of brazen bullcrap.

However, even though I think Catalonia is way more viable a state than Slovenia, independence will not happen. Catalonia does not control its own banking system. For the same reason the Greeks had to shut up and deal, the Catalans will lose as well. Madrid can just shut down their banks. 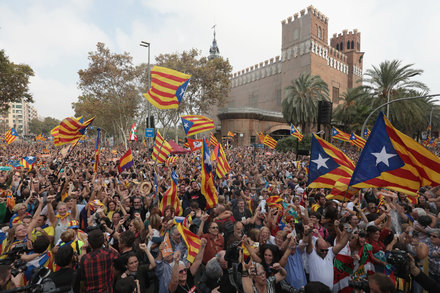 Spain’s prime minister said the central government would take control of Catalonia, and he dissolved the regional parliament and ordered new elections.

Spain’s prime minister said the central government would take control of Catalonia, and he dissolved the regional parliament and ordered new elections.