Check out Patricia Piccinini's studio, where she makes her grotesque hyperrealistic sculptures

They look cute and cuddly to me.

These all remind me of the Titans in “Attack on Titan”. 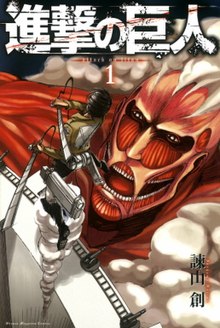 Attack on Titan (Japanese: 進撃の巨人, Hepburn: Shingeki no Kyojin, lit. "The Advancing Giants") is a Japanese manga series written and illustrated by Hajime Isayama. It is set in a world where humanity lives inside cities surrounded by three enormous walls that protect them from the gigantic man-eating humanoids referred to as Titans; the story follows Eren Yeager, who vows to exterminate the Titans after a Titan brings about the destruction of his hometown and the death of his mother. Attack on T...

I feel Popkin has a google alert for “grotesque hyperrealistic”

Her exhibition in the abandoned ballroom above flinder st train station in Melbourne is fantastic. It is hard to tell where the decaying train station stops and her bizarre art work starts.

Saw some of her work while on vacation. Amazing and disturbing. The photos don’t do them justice, but here is a photo anyway. 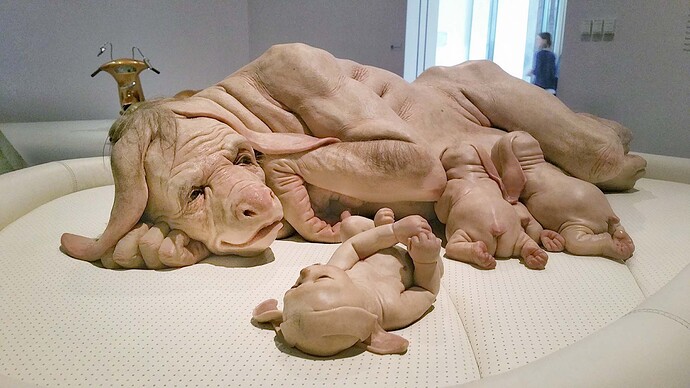 A couple of her pieces were spotted at the 21c hotel in Oklahoma City as recently as end of February.