Check out the deadly grace of the Samurider

Originally published at: Check out the deadly grace of the Samurider | Boing Boing

I don’t know what this skill is for… is it a video art performance or an actual historical fighting technique? When the word ‘deadly’ comes into play, does that mean that in actual battles people have died from these moves?
I could make Kung Fu chop moves too as a kid, but I didn’t have snap edits and a costume… guess it’s all in how you sell the ‘authenticity’. 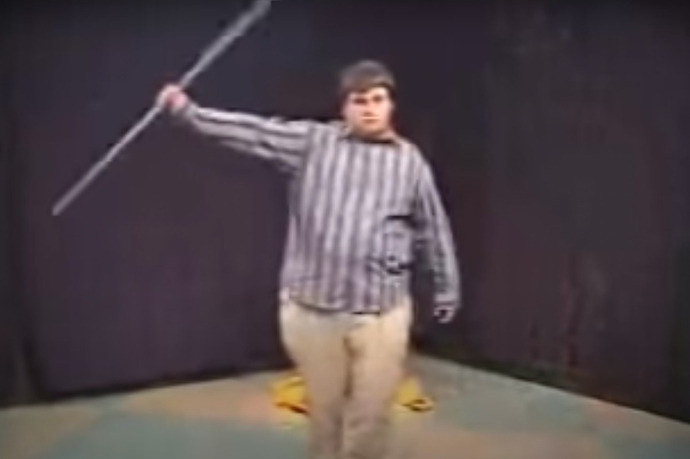 You’re going to have a bad time picking apart action movies for authenticity.

Some of the strikes are from fighting techniques, but mostly these are exhibition moves. In martial arts competitions there are routines with various weapons where speed, accuracy, and flashiness are all combined to to be scored.

Is it super practical? No, but it is fun to watch! And these sort of moves make for great action scenes.

Though generally someone who can do a whiz bang exhibition has the base fighting moves down as well.

I gather this person appears in fantasy sword & sandal movies as a stunt performer, and probably creates routines based on whatever script comes their way. Fiction-deadly sure, but thrown into an actual battlefield with old Samurai in armour … not so much.

[Shrugs in Modern Daimyohood.] Do you want to see her succession move, or just walk your Starbucks into her practice space?

She’s super-bad ass! I doubt most of us could pull off anything near what she’s doing in this video… although some seem utterly dismissive. But that should not surprise us, since whenever women, especially women of color are doing something hella-cool, there is always some jerks who pops up dismissing it on some questionable claims… As Chris Rock likes to say, that train ain’t never late…

And I’m also trying to see where she promoted herself as a historical re-enactor of ancient martial arts as some have tried to suggest here… but I guess some people just need to feel superior to others by shitting over what others are doing. Sad really.

Personally, I think she shows off grace, athleticism, and skill, even if I can’t identify which martial art it is. Does it matter? It’s still a Wonderful Thing to watch, and she’s amazing.

even if I can’t identify which martial art it is.

Which isn’t even the point of course… as far as I can tell, she’s not claiming to be an actual warrior of any specific martial arts tradition, but is a performer and actor who taught herself the skills she has… I just don’t understand why we can’t just enjoy something wonderful, instead of having people who just want to pick it apart and bring everyone else down.