Check out this deceptive packaging for Scotch Super Glue

A deceptively large container that aids in application wouldn’t be so bad, but this seems to be the worst of both worlds-- not a lot of glue, and a package that makes sure you can’t even use it all

For the number of times I need such a thing, I thought it was worth the little extra labour of the mental math in using it, rather than paying substantially more for a 1st quality one.

This feels marginally similar to the trick of selling a 14oz “pint” of ice cream without changing the external form factor by raising the unseen bottom of the container.

I worked at a popular specialty grocery chain store where most of their stock was private label. They often did this sort of thing. The way the manager explained it to me, customers are far more sensitive to changes in price than changes in weight. Whenever an item’s price rises some costumers stop buying it.

Therefore when the store’s costs increased on an item they tried to maintain its price as long as they could.Say they sold a 16-oz tub of salsa for $3.69. When the wholesale price rose they could reduce the content to 15 oz and still be able to charge $3.69.The package appeared the same and most customers wouldn’t notice the difference. Eventually they’d reach a point where they felt they had no choice but to raise the price. The salsa now sold for $3.89. Of course that was for the smaller 15-oz size.

The funniest example I saw of this was a beer sold in clear bottles similar to Corona’s. To hold the price they reduced the content by an ounce. Given the clear bottle anyone could see at a glance they were getting less beer. So the company switched bottles. The basic shape was the same but the neck was lengthened and the main part of the bottle shortened. Presto! The bottle was full again and most customers didn’t notice the difference.

The guy with the tape was given it free by his best friend - the store owner, who thought he was doing him a favour.
Said guy was a landscaper and fencer. Spent a month over-ordering material before the penny finally dropped. Why have I got a spare fence panel? Eight too many decking boards? etc.
But, like you, he used math in the end.

I personally always buy the smallest super glue containers I can get, because I never use much at a time and they always end up drying out.

Same here.
I get mine at the dollar store; two or three of those little tubes for a buck, for a product that seems to work just as well as the name brand.
Makes it easy to always have a fresh tube on hand.

When one’s long-term gluing plans have been rudely scotched.

I never heard of CA with an accelerator, thanks for posting this.

I was just saved by quick-set two-part JB Weld, sets in minutes, dries in 4 hours. I drove out to Colorado from Florida for a performance, and one of the tracks on a monitor popped off, which I discovered the day of the performance (it might have popped off because it was originally glued on with clear JB Weld, not nearly as strong as the original). I70 in CO is really bumpy, so it’s amazing nothing more broke. (Performance here)

That looks like it probably has a fun supply chain story behind it: that’s not an SD card, it’s a ‘Memory Stick Micro’/‘M2’ device; a Sony/Sandisk joint venture toward the waning days of Sony’s Memory Stick format flopping and gasping around.

I can only assume that someone got a discount on some perfectly good Sandisk NAND trapped in an increasingly unsaleable format and decided to make the best of the situation. M2 made its entrance in early 2006, so 2GB of flash would still have been worth the trouble at the time; I don’t know exactly when the format would have been doomed enough for the discount on the storage to pay for the internal complexity of the socket and interface chip.

this would be a really fun store

Sounds close to American Science and Surplus. Of course, they’re upfront about what they’re selling, but the joy is in their product descriptions.

It appears to be a common thing, here’s an article from a couple years ago. 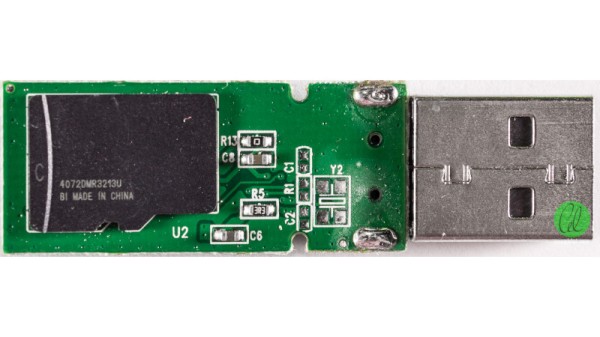 Many a hacker has dug an old flash drive out of the bottom of a backpack, and peeled apart the damaged plastic case to look inside. More often then not, you’d expect to see some SMD chips on …

Here’s one from 5 years ago. 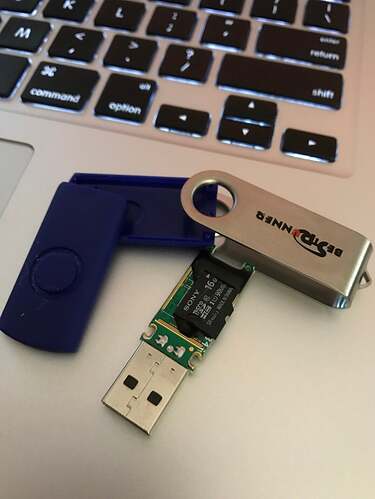 Why is super glue even sold in tubes at all? Everyone knows you use it once, put it in a drawer and a week later it’s glued shut and a week after that it’s completely dried out. Sell it in small, single use foil packets like takeout restaurant ketchup except smaller.

Why would anyone want to super-glue whiskey?

I never heard of CA with an accelerator, thanks for posting this.

Another good CA glue trick is to sprinkle baking soda or another powder in the glue, it dries immediately and hard so can be used to build up a surface.

For quick epoxy repairs I love this stuff:

It is food-safe, cures really quickly, and resists higher temperature than the stuff you usually find in stores (like JB Weld).

It was about the size of a Woolworths but with the mentality of Open All Hours.

Now there’s a pop-culture reference worth a round of applause!

I get mine at the dollar store; two or three of those little tubes for a buck, for a product that seems to work just as well as the name brand.

I bought one of those Scotch containers not so long ago,as I’d run out of CA adhesive, now feeling mildly cross about it. I did also buy a pack of five of the little individual tubes from the local Pound Shop, which actually cost £1, so 20p a tube. They do a perfectly adequate job.
As regards accelerator for CA adhesive, a mate does a lot of model- building, and he uses it when modifying bits like weapons, because it sets almost instantly, reducing the risk of the modification moving out of position while setting.

He’s since sold the shop.

I wonder what the catch was with the shop.

I imagine if you drop it, it might dislodge the SD card […]

Unless they secured the card with a drop of superglue…

If you have never used an accelerator with CA glue you have no idea what you’re missing.

The fancy accelerators do speed things up quite a bit, but.it also cures much better in humid conditions, so even exhaling your damp breath on the contact surfaces as you glue stuff makes a big difference.