I would be shocked if there isn’t already an apk repository for Android users in China. The tighter they grip…

another possible cause is a series high-profile corruption allegations against Wang Qishan, the secretary of Chinese Communist Party’s anti-corruption agency.

What’s the apk repo for Android users in China?

No idea, but I have no doubt it’s out there and probably has been for a while.

It would hardly be a 100% capture rate; but if the local spooks and/or feds we’re smart, they would have had some of the nerds on their payroll set up and administer APK stashes months or years ago. Then, when you crack down on the primary sources, odds are good that a decent chunk of the jailbroken iPhones and Android devices set to accept APKs from anywhere just walk right in and voluntarily install your stuff.

Having that be their job would ensure that they have ample time and resources to dedicate to doing a good job, compared to impecunious warez kiddies, and they would be well placed to enjoy greater tacit acceptance of piracy and assorted nominally forbidden material, ensuring a high quality collection to help the Trojans blend in.

This doesn’t mean that all the Chinese warez kiddies and unofficial APK dumps are actually spook ops; but if you don’t have the security chops to do your own exhaustive audit, will you be able to tell which is which?

(Not that this applies exclusively to the Chinese: anywhere where software is distributed substantially on the basis of who is most motivated, without the resources, in most cases, for aggressive and suspicious cross-checking, the cost of entry for having one of your people be that motivated and reasonably competent distributor is fairly low: potentially a single developer salary and maybe a little slush fund for VPS time and hosting.

Probably not worth it for the more labor intensive(and commercially unpopular and heavy on skilled reverse engineers) game and software cracking; but being that guy on XDA who has well regarded unofficial builds for a whole bunch of phones; or the person with DD-WRT/OpenWRT ports for devices that won’t be officially supported for another few revisions, if ever? Or the one who seems to have a handy backup of everything that has ever gotten banhammered from the official app stores? A useful position to be in; and quite inexpensive.

It’s my understanding that the way it works is that the telcos have their own app stores.

Of course the funny thing is that if you are in China, but an English speaker, your web pages (including BB) fill with ads for VPNs

In other news visiting China with a stock Nexus sucks, Wifi in particular is broken, it continually tells you the internet is down (because it can’t reach any google servers) - of course it actually works perfectly OK (the trick go into airplane mode then turn on wifi) - the real problem is Google’s insistence that an internet without Google is ‘broken’

Yes, that’s what Cory’s talking about in regard to the “walled garden model.” But more tech savvy users (and their friends, and friends of friends…) who want VPN apps will find ways to get them “unofficially” (i.e. pirate and warez sites) and if necessary find ways to root and/or unlock their devices if that’s needed for installation. 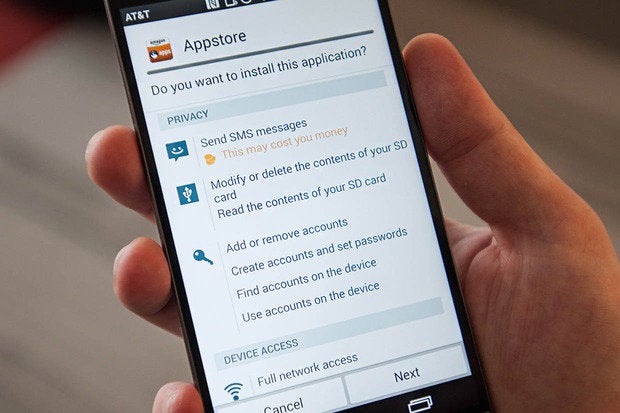 How to sideload an app onto your Android phone or tablet

There are a handful of ways to sideload an application on your Android phone or tablet. Here are three.

VPNs are banned in China

No. VPN businesses are illegal in China (although potentially not if they register with the government, not quite sure about this point), but VPNs are not illegal.

AAARRRGGGHHH!!! I didn’t fucking post this before! Is the body different enough now!

Never saw that one coming. And the spell checker never saw flauted coming either.

another possible cause is a series high-profile corruption allegations against Wang Qishan, the secretary of Chinese Communist Party’s anti-corruption agency.

You’ve got to be really corrupt to afford to pay off your boss. Those less corrupt can’t afford it, and they go down for corruption.