Our cheap go-to coffees are IKEA or Aldi Donut Shop Blend. They just opened a Lucky’s Market where their bulk beans are $5.99. We’ve had a great Costa Rican & their Jamaican Blue Mountain blend is pretty damn good.

I used to order bulk bags of espresso from Peet’s in the early 90s, because you couldn’t find decent beans for sale in our neck of the woods, and back then good freshly ground espresso beans + french press = fuel for life (or caffeinated mud, as my brother called it.)

This was a great video. He’s really good at expressing what he is tasting and looking for.

If you don’t care about that, then you don’t care about it. And if you’re brewing in a coffee maker that you aren’t able to clean or don’t clean then it’s going to produce poor quality coffee regardless of the bean and thus Costco 10lbs special is going to be fine. You may just not care. It’s OK not to care. Drinking caffeinated beverages is fine and a grand tradition that made this country great.

Of course they didn’t show any that he might have got wrong, but I did like that he guessed correctly each time. Even up to the point where he tried to hedge it a bit and said they were close in value. I’d be curious to know if he was correct on the origin of the last coffee.

Also, it seems that these are NY prices or something.

All my roasting friends (including those that roast for good coffee shops in my city* full of good coffee shops) generally say the coffee is at its best between 1-3 weeks after roasting. Personally, I can’t tell the difference between 2 days and a month, but after that things get noticeably staler fast.

Always grind fresh though. Unless you’re going camping… then you’re excused to pre-grind.

*Melbourne, Australia; the only other city I think with a similar ratio of excellent coffee shops to population is Christchurch, NZ.

On the other hand I have made tasty coffee with Safeway beans and my french press.

My problem with them was they put dark-roasted beans in a bag labeled “light-roast.”

This was a fun video to watch! Having moved to different cities 10 times in my adult (coffee-drinking) life, I now have a process when arriving in an area where I don’t know what local coffee is best for me. It takes several weeks, but I buy a pound of each variety that I think will be interesting/good from whichever local roasters I find are recommended by others in the area. I then brew and taste some each morning until I find what I want.

What I’m looking for is a bit unique…preferably a lighter (northern Italian style) roast suitable for espresso (for my wife’s morning latte) as well as for my three Aeropress cups each morning. The process can be frustrating as I have dumped $20 bags of beans into the trash after one taste, realizing it’s absolutely not what I’m after.

Where i am now (Denver), I have found a nearby roaster (Boulder) and a steady enough supply that I can stop by a nearby store every week and buy a couple pounds of coffee (I go through about 1.5 lbs weekly) so it’s fresh enough and I have a consistently delicious morning.

It’s apparently a cultivated version of this that’s used, but chicory is a common roadside flower (the thin stalks have pale blue flowers; they’re all over the place here in the east, anyway): 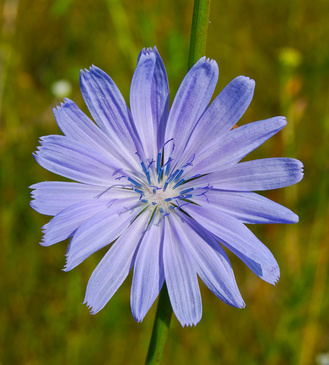 Common Chicory - The Uses and Benefits of Chicory

Common chicory benefits. Have you tried cooking chicory? How about chicory root coffee? Chicory health benefits and warning. Learn about the chicory plant.

I love Cafe Bustelo, too.

My Mom and my favorite aunt drink that stuff like it was water.

He explains the value of slurping. Have you been to Japan? Ever had miso soup or ramen?

Hah, peasants! I’m not drinking anything that didn’t come out of a civet’s anus. 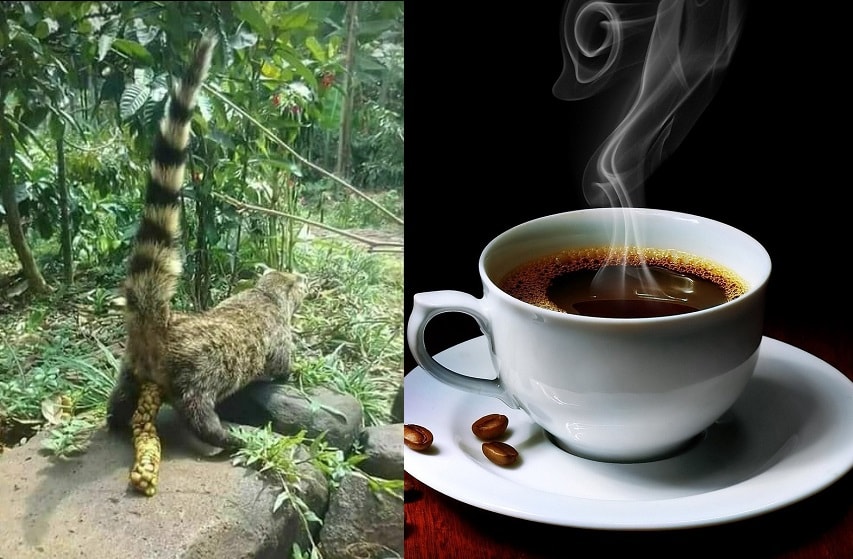 Best tasting coffee I ever had…

Local Starbucks just got a Clover, and man, it makes an exceptionally tasty coffee. Machine’s too expensive for home use, but I wonder exactly what’s so costly in the Clover machine. Seems to me it’s just a finely tuneable (water temp, immersion duration time, and maybe pressure?) vacuum machine.

Memories of exceptional coffees linger, always diminished by the taste, smell, and joy of the one I’m currently drinking.

And now for some counterpoint.

I’m more than happy to drink the worst of the worst.
Yes, that’s right, I drink INSTANT coffee as a regular day to day and I enjoy it.
There are those of you who are going to say “Ewwwwww” or otherwise show further disdain for my choices.
I’m not going to debate with any of you on how my taste buds are faulty, just because you pay more for the hype of premium coffee brewed by cute baristas (in bikinis!) in a roadside shack that has wheels.

Y’all are starting to sound like a bunch of wine snobs.

Brewing tasty coffee seems to be primarily about two things: Freshness and consistency. Whatever I buy, I look for a recent roasting date, buy whole beans and grind it immediately before brewing, and use water that is consistently 195-200 degrees. Locally we have about a dozen roasters, so I have many fine choices, and sometimes I buy Peet’s Major Dickason or Starbuck’s Veranda (which isn’t annoyingly over-roasted and bitter). I’m a bit of a coffee slut, and vary my brewing method to suit my whim: Espresso machine (typically pulling a long black rather than a single shot), pour over, French press, or moka pot. All can make a tasty cuppa. All that said, I don’t really obsess over it. As someone else said, the best cup of coffee is the one in my hand. slurrrrrp!

I’m not going to debate with any of you on how my taste buds are faulty, just because you pay more for the hype of premium coffee brewed by cute baristas (in bikinis!) in a roadside shack that has wheels.

Since pretty much everyone here is either talking about their favorite cheap coffees they brew at home or how they like to roast their own beans (again, at home), I think you’re imagining anyone talking about cute baristas. Or coffeeshops in general. But hey, feel free to shake your fist at us!

For a while, that was a thing here where I am. There were many small portable drive in coffee shops that would pop up on a previously vacant lot, and they would be there for a month or two. Then, they would move the whole thing (remember, wheels) and try another, possibly more busy section of another roadway. I think there is the distinct possibility that these were tryout locations for Starbucks.
The bikinis came in to play as a desperate move to gather attention.
Sort of like the nude carwash thing down in florida that the strip clubs had for a while.
Oooh, now there’s a thing… nude baristas.
Hell, they could probably get by with selling instant coffee.
Nah, it would never fly. Too many people in line.

in my opinion the best coffee for the price … is

it’s okay, but for the price it’s pretty great.

best value for price is Esselon. It’s criminal that they will ship me 5 lbs of perfectly roasted beans for 60 bucks (including shipping). A crime I am happy to get away with.

Sounds lovely. Since a long trip to New Orleans doesn’t seem to be in the immediate future, I decided to treat myself and order some.

I would much rather have the most delicious, which for me is black but I’m not totally opposed to adding a hint of vanilla or caramel. My coffee purchases aren’t exactly the cheapest but far from being the most expensive.

When I moved to Texas from California there were foods I missed. Now I’m back in California and I miss foods from Texas. Mostly bbq and St Arnold’s Back on the subject of coffee, I liked Community as well, but couldn’t get it in whole beans at my local store.

Local Starbucks just got a Clover, and man, it makes an exceptionally tasty coffee. Machine’s too expensive for home use, but I wonder exactly what’s so costly in the Clover machine. Seems to me it’s just a finely tuneable (water temp, immersion duration time, and maybe pressure?) vacuum machine.

What’s expensive in the Clover is the patent; Starbucks bought the rights right when the machine was getting notice.

A local Starbucks has one, and it is the best cup of coffee you can get out of a Starbucks. (I also like their espresso over ice, as the charcoal taste actually adds to the flavor there and extraction errors are hidden by the cold.)