Forget rifles. I wish they’d go back to making revolvers like the Python

No sport hinting requires a detachable box magazine of 30 round capacity. All the shooting sports that do are more or less simulations of combat in anycase.

Missing in a lot of the coverage is the fact lots of companies make AR-15s. Colt not making AR-15s is like Sony not making laptops.

I’ll take their decision as a small bit of progress none-the-less, taking into account that they’re a major and iconic brand in that industry. Still, I don’t buy that they’re discontinuing production because the AR-15 is no longer popular with consumers – that’s just an excuse to keep the ammosexuals pacified.

Better analogy: like Sony not making a desktop computer. Because like a desktop, you can build an AR15 from parts for far cheaper than you can buying one off the shelf.

Shifting focus to lucrative contracts that outperform public sales sure seems like a business decision rather than a humanitarian one. I’m sure that their stockholders board members are ok with it.*

“(Colt) cited a need to focus its manufacturing capabilities on outstanding contracts with military and law enforcement groups.”

“Currently, these high-volume contracts are absorbing all of Colt’s manufacturing capacity for rifles,” via Time

“Suspend” is the key word here.

*Colt isn’t publicly traded. “Sciens (private equity firm) also attempted to take the company public in 2005 but had to abandon plans after investors remained unconvinced about the gun maker’s ability to turn a profit.” -investopedia

“Simulated combat”… what is that really?

Sadly, live combat is not equated to legalised mass murder. If is was, “simulated combat” might be equal to “simulated murder”. You can make a simulated murder video but if you post it on YouTube you’ll likely get a take down notice.

It’s highly likely that the “simulated combat” hobby industry has been created, supported and promoted by gun manufactures and their toadies. (Ok sure we all know this)

Ah well… welcome to strict constitutionalist america folks. Oh, and here’s your child size ballistic nylon and Kevlar interweave rain slicker with a Pokemon on it…

“Suspend” is the key word here.

A Democratic victory in 2020 could re-open that saturated market with gun-grabber fears. (Thanks Beto!)

My god! How am I going to protect my family now?!?!

Whatever man. There’s so muvh mass murder in america, I can’t help but feel shoveling out hundreds of millions of firearns and encouraging people to participate in combat training outside the military doesn’t help prevent all this killing.

Seems to me having a culture of mass gun ownership and glorification of gun violence has something to do with the prevalenc of all the fucking gun violence.

Without Colt, there are still over a hundred companies making versions of the AR 15 or parts. 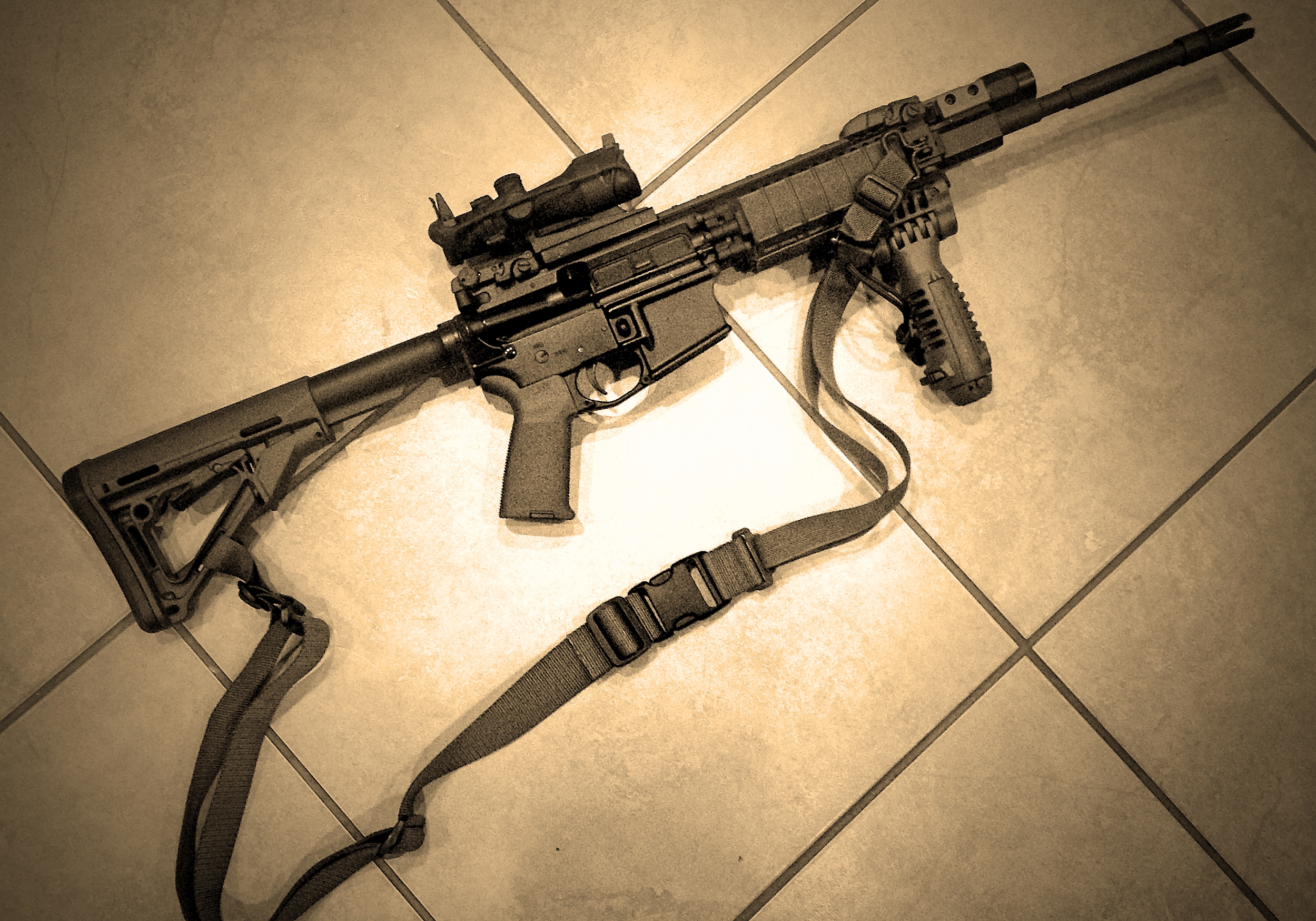 AR-15 Manufacturers List that includes all AR-15 manufacturers. Whether they make uppers, lowers, bolts, or barrels, this is a list of AR-15 part companies.

Also, “modern sporting rifles”!? Who the fuck do they think they are kidding? Is hunting humans considered a sport now?

Then let’s make that fear a reality. We failed to grab the guns when Obama was elected and look what happened.

It’s possible a firearms company is going to get sued and lose. That will set precedent.

The name might carry some weight. But from what I understand Colt is not really a major brand of civilian AR-15s, and haven’t historically been too successful with rifles in general. Though they are the major supplier to the military and law enforcement.

So the root of this is probably that Colts AR-15s aren’t popular with consumers. Basically blaming a failure in their product line on market factors. And their claim isn’t that these guns are falling in popularity, its that the market is flooded with options
I wouldn’t expect too many major manufacturers to follow suit. Though you might see some smaller companies doing so.

Colt has been struggling financially since the 90’s, and have had multiple bankruptcies. They’re probably less concerned with placating gun nuts than reassuring creditors.

Whatever the reasons behind the stated rationale, it’s a thin cover for a business decision that will maximise the company’s profits. Which is fine with me as long as it takes some of these weapons out of the consumer market (where they most definitely do not belong) and attaches the credibility of a well-known firearms brand to the decision to do so.

They started making Cobra’s again, so maybe Pythons on the future. I like older S&Ws myself.

Missing in a lot of the coverage is the fact lots of companies make AR-15s. Colt not making AR-15s is like Sony not making laptops.

It says they’re just not that popular among consumers and the company needs to focus on institutional sales.

Some background - Colt has been a mess for awhile. They were bought out and gutted at a time when they were flush with government contracts. A typical “go in, take anything of value and extra capital, and then shrug your shoulders when the business fails”. Hence their bankruptcy woes.

So the “problem” with Colt is they are a to a degree a prestige brand, but they don’t really offer anything value wise. Their ARs were of mil-spec quality and dressed very basically (i.e., you will replace half the furniture when you get it). If you wanted a “meh” AR, there much cheaper options, and if you wanted to spend the price of a Colt, you could get closer to what you really wanted it. Their niche was basically people who liked the brand and wanted a pony engraved on their lowers.

TL;DR - they were not competitive at all on the market.

FN I know took some of their government sales, but they still sell to gov. and police agencies, and that is where the margins are higher and sales are in bulk. Higher volume of only ONE model means better margins due to economy of scale.

Without Colt, there are still over a hundred companies making versions of the AR 15 or parts.

Not to mention all the knock offs and counterfeits…

Or just by a cheap knockoff from China for the same price.