The thing I would add is that even if the fit isn’t perfect or the material isn’t the most dense, wearing ANY mask at least means a smaller viral load gets through.

The Hunan bus study was retracted on March 10.

Did they ever explain why?

It didn’t seem to be drawing any dodgy medical conclusions, just reporting on the results of Chinese state surveillance and contact tracing, allowing them to retroactively turn an incident into a science experiment.

Did they ever explain why?

I believe just a one-line statement of retraction from the editors.

It didn’t seem to be drawing any dodgy medical conclusions,

Well, it did suggest that the transmission could be twice as far as previously suspected. And there were questions as to why nobody closer, even those without masks, didn’t seem to get exposed. The fact that it seems plausible makes it even more dangerous as a potential circular reasoning trap.

Coronavirus isn’t the only US-incubated thing spreading across borders:

Wow not only did you do this but you filmed it and put it online for everyone to see. This is embarrassing. How selfish can you be? twitter.com/letitiamontana…

Went into the Emergency Dept. at St Joseph’s Hospital in #Toronto for a suspected broken finger. I was asked to wear a mask, which I refused to do. As a result, hospital staff asked me to leave and immediately called 3 security guards to escort me out. #filmyourhospital https://t.co/7KlDa11udk
21 Likes
Screaming man threatens shoppers at Florida Costco
PsiPhiGrrrl 5 July 2020 22:35 #1727

What we need is a really slick series of PDAs done by popular stars, written by health communication experts, and produced by advertising/marketing experts. If ads make us buy things we don’t want or need, then why can’t they manipulate people into doing right?

I’m in favor of cutting out the middle man, since we’ve seen plenty of stars with less polished viral videos. Still, PSAs with real people who have recovered might be useful. Also, less content about helping others and more emphasis on what it might cost should motivate the unmasked who put self-interest first:

Uninsured Americans could be facing nearly $75,000 in medical bills if...

Thanks to lawmakers, coronavirus tests are now free for all Americans. But if you do test positive for COVID-19 and require treatment, the hospital bills could easily cost Americans tens of thousands of dollars.

Severe cases of COVID-19 can cause lasting damage to the lungs that may necessitate surgery or even organ transplants. 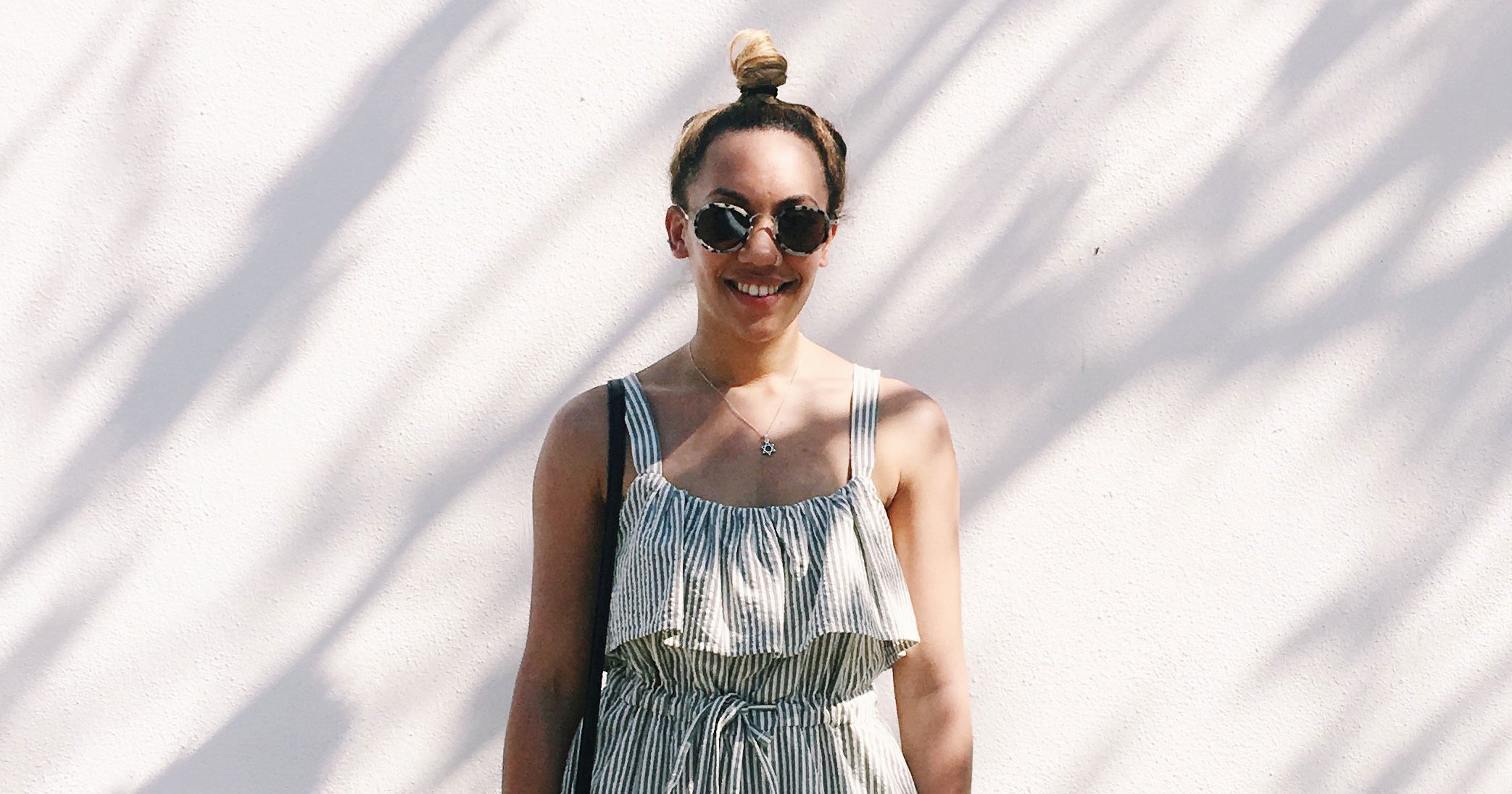 I'm 27 & I Was Hospitalized With Coronavirus

Millennials are not immune to coronavirus. I know this because I was hospitalised.

But Peter Navarro has completely lost it. Is this where Trump gets his talking points?

Is he on drugs? I listened to a minute and a half (in which he said 'here’s the point" three times without actually making one. I mean he rambled run on sentences of wild accusations - mostly easily disproved by you know actually reading some shit. It wasn’t synthesised in a lab, it’s been in bats c. 80 years. China did not send out hundreds of thousands of people by plane. Wuhan was locked down. You couldn’t fly out of it. I know people there.

Fuck me that is some level of bad crazy. Wtf are people interviewing him for? Would you go interview a wino for his explanations of particle physics?

Edit @DukeTrout made the exact se points as me way up thread. I was just enraged listening to that fool.

don’t think “flattening the curve” is meant to indicate a diagonal line pointing ever upwards.

im floored by the numbers. epecially because in the past, weekends have generally had lower numbers because - presumably - of reporting and staffing issues on weekends.

I’m sure that he can invent a medical expert to back him up.

In his 2011 book "Death by China," President Donald Trump's senior adviser Peter Navarro quoted a China hawk named "Ron Vara" to prove his point on the threat posed by Beijing to the American economy.

China did not send out hundreds of thousands of people by plane.

hearing our incompetent president spout “the virus is from chy-na” over the weekend made me think how ridiculous this all is.

would it fing matter if the planes that came to bomb pearl harbour had come from china as opposed to japan? or, if hitler had been chinese? is china some get out jail free card? is saying it “chy-na” like he does some sort of excuse for his inability to respond?

oh, hell. china. why didn’t you say? no wonder the richest country in the world, with most of the top science and technology companies, with some of the best and brightest minds is completely unable to do anything about this damn virus.

china. we are so screwed. i mean we should have just given up from the beginning. we are so weak and incapable.

don’t give the man a mask to wear, give him a white flag to wave. we fascist liberals have found his kryptonite. it was china all along.

Sigh. It just keeps getting worse.

Hundreds of scientists say coronavirus is airborne, ask WHO to revise...

Hundreds of scientists say there is evidence that novel coronavirus in smaller particles in the air can infect people and are calling for the World Health Organization to revise recommendations, the New York Times reported on Saturday. Scientists urge WHO to address airborne spread of coronavirus

In a paper to be published this week, more than 200 experts warn that covid-19 can spread through aerosols that can be more infectious in smaller amounts than previously thought.

One of the takeaways I took from The Montreal Gazette post was that masks should still be worn… but, that accumulated moisture (from breathing into it) would eventually (after 20 minutes per the article) compromise the mask’s filtration capabilities. We always don masks while (for example) grocery shopping every couple of weeks or so, and have kept our visits there very short just based on not wanting to be around others even though they’re also masked. Pending better, proven advice, I figure the best we can do is limit person-to-person exposure, wear masks, maintain the 6’ minimum distance, use hand disinfectant as needed, and wash our hands. I find myself washing my hands five/six times a day even if I haven’t been outside. The ‘anal’ shall inherit the earth.

Fauci said basically this recently, when asked about masks. The general public should not be snatching up medical grade masks was the advice back in March, and still is. But cloth face coverings are advised.

Not coronavirus related but distressing local news for me nonetheless

What's Killing Large Clusters Of Fish Along The Hudson River?

There are multiple reasons.

I’m temped to frown at the people wearing N95 masks (with the breath-check value that would release the virus), but I don’t know what their story is. Besides, it’s possible that those are the KN95 knockoffs rejected for medical use.

And then, of course, there are asshole like this 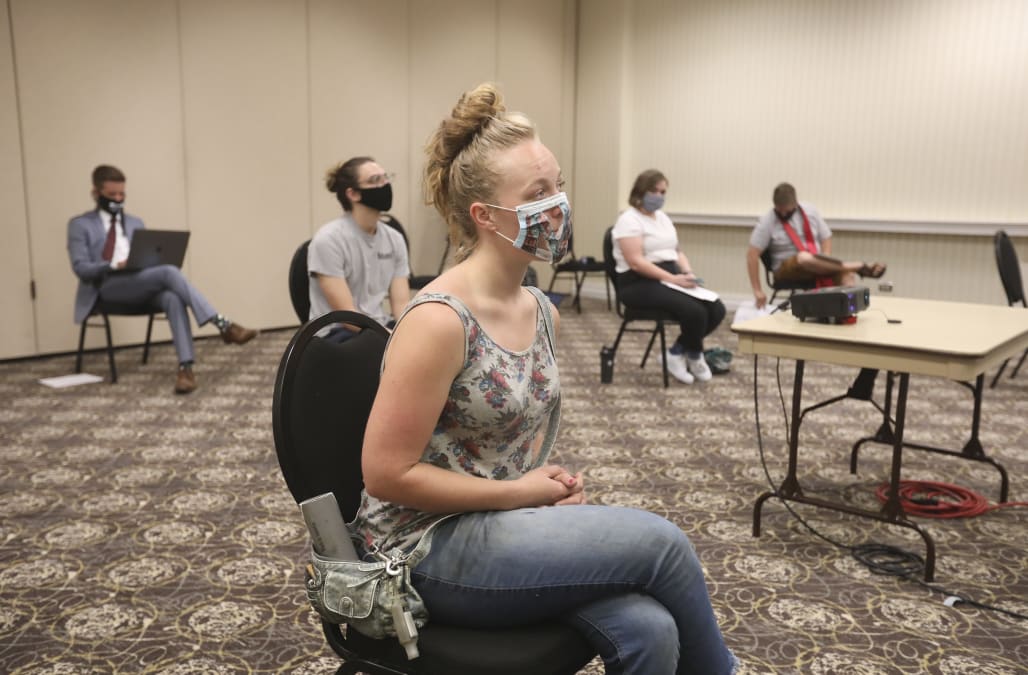 A weekly Kansas newspaper posted a cartoon likening Gov. Laura Kelly's mask ordinance to the roundup and murder of millions of Jews during the Holocaust.

Because having to wear a mask to protect others from a deadly disease is exactly like genocide. Fucking assholes.

But Hicks said in an email that political cartoons are “gross over-caricatures designed to provoke debate” and “fodder for the marketplace of ideas.”

When I hear “marketplace of ideas”, I always have to listen to this again:

I wonder if they purposely downplayed masks in general?