Originally published at: Couple shocked to learn ISP wants an exorbitant amount of money to connect their home to the internet | Boing Boing

I was just flabbergasted that a house like this, in an area like this, could possibly have never been wired for Internet

That’s the shocking part. No-one should be surprised at ISP price gouging.

I somehow thought proximity to the fairly large, moderately tech-forward city of San Francisco meant I’d have bandwidth to spare.

It’s wild how even cell reception is so bad, so close to Silicon Valley. My friends just moved from Santa Clara, CA to an exurb outside Seattle, WA and get way better cell phone coverage.
It’s almost like those tech bros don’t really know what they’re doing, or they’re motivated by something other than providing good service…

We rented an apt back in the 1990s in Seattle, which had coax connections in the unit, but was never actually hooked up to the cable network. When I called to get my serviced moved, the cable company I had told me to call Comcast. (Seattle had a contract dividing the city between Comcast and some other company that is since gone) Comcast told me that the address does not exist. When I assured them it did, they insisted it must be on the other side of town and I should call the previous company. Good times. I even filed my 27b/6.

Here’s a quick sad bit of Seattle ‘coverage’ history. Around 2015 or so while mulling efforts for a city-owned internet source the city council decided rather suddenly to grant an all but exclusive city-wide contract with Comcast (at the time there was a city council member whose wife may’ve had a business appointment with Comcast). Ever-since Seattle has been essentially a comcast exclusive monopoly at least in terms of cable (as opposed to satellite based) connections. Many of us nerds remain understandably sad at this and wish it were otherwise. (one tedious supporting reference)

In the neighborhood adjacent to mine in central Texas, that ~$30K is pretty much the same cost estimate. The ditch would have to be carved into solid rock, so or it would be wires strung on poles, or nada.

Those neighbors over there use satellite connectivity for their broadband. One is a college professor. He drives into work for broadband. Their internet satellite bills average $300 / month, with broadband metering and crushing fees for exceeding their data cap.

I lived in a area without cell or cable. Finally someone asked ATT, how much would it cost. The said about $70,000 maybe less if most of us signed up. Worse some newer neighborhoods had fiber in the neighborhood but it wasn’t connected to anything. I left before anything was done. I was glad I got Comcast, but that wore off after the incentives wore out.

Holy hell!!! That adds up to about double what it costs to heat our big old farmhouse in Maine for the year, which is essentially the biggest utility cost around these parts. Yikes.
We’ve been thinking about doing a satellite thing if we wanted to have a more mobile lifestyle in the future (like, camping/glamping but still working) but this puts it in a new light!

If you are techbro living in SF and close to a 5G cell tower and have superfast fibre broadband, why on earth wouldn’t you assume everyone else had the same, and base all your apps and services on that assumption?

With rural broadband, there’s no rhyme nor reason to availability, a story:

I bought property a few years ago – a few acres and a literal shack out in the middle of nowhere on the far Western reaches of the Texas Hill Country. It’s rather secluded; around two hours’ drive from anything that could be called an urban center. There is no cell service at this location (because of the hills), so I thought I should probably get a land line for the shack. I figured out which telco I should contact, and scheduled service.

(You know where this is going) It turned out that my shack was wired for fiber, and so were the other properties along the private road that my property sits on. The road (and the fiber line) terminates at a very large ranch (nearly 25 sections of land) owned by a very wealthy family. Contrary to the Seattleites in the story, that family did pay the telco to run fiber out to their property, and the telco thought since the line is running past other properties, they’ll just hook them up – at the very least for POTS service.

Long story short, I have a shack literally out in the middle of nowhere for which I could get >1GB/s service if I wanted to pay for it. But I have no use for that bandwidth out there, so I’m paying for 100MB instead. It’s pretty expensive (like 3x what you’d pay for similar service in Austin), but it’s there if I want it. The land line is pretty cheap, though.

Most of us take broadband for granted now but there was a time not too long ago when anything faster than 9600 baud was considered a luxury. (My first high speed was a 10 Mbps fixed wireless setup back in the mid-90’s before DSL or cable was even available in my neighborhood).

It’s not clear if Comcast is their only focus here or if they’ve looked at CenturyLink, T-Mobile, HughesNet or ViaSat. In other words: I will bet money they have other options for service than paying Comcast to lay new wire.

According to this site, Washington is ranked 16th in country for broadband Internet access but I suspect it is much higher in Seattle area generally. Usually urban areas have 98+% coverage. 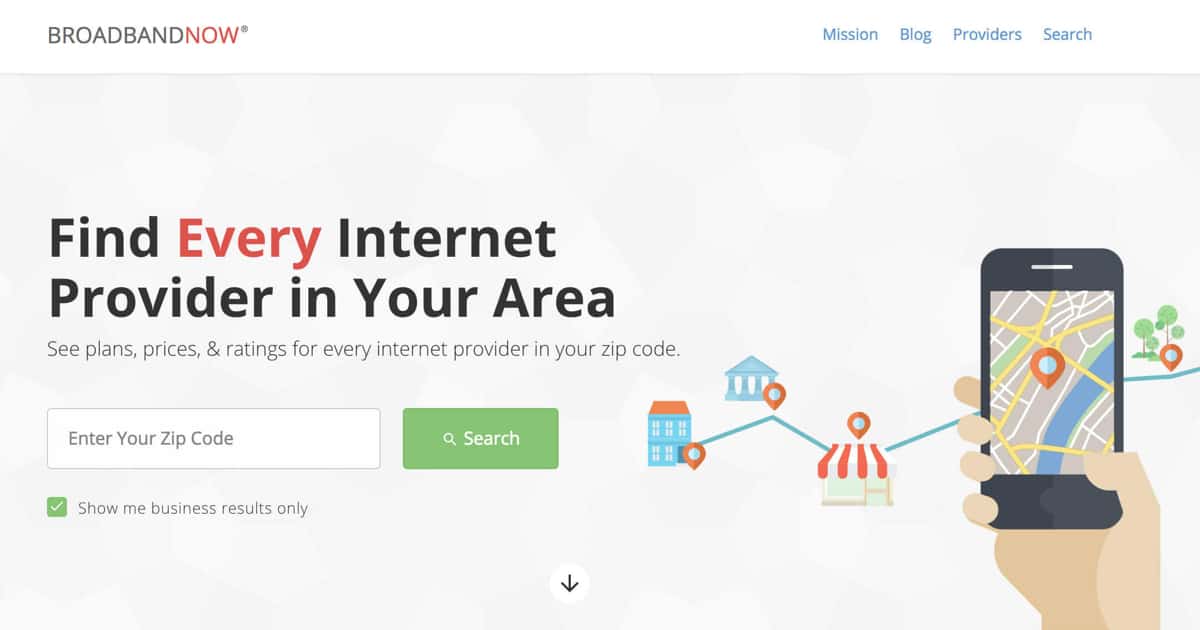 Washington is the 16th most connected state in the USA with 98% of Washingtonians having access to 10 MBPS internet service from 260 broadband providers.

ETA: After reading through the whole article other options are mentioned - DSL is available but slow; 5G hasn’t been extended to their area yet; neighbor’s trees block their view for satellite; and while all the other neighbors are wired to Comcast, apparently their house never was and the existing cable infrastructure is on the other side of a 3 lane road.

Still, I really cannot generate much sympathy for them. This isn’t another typical “Comcast is evil” whine-fest though. It’s not Comcast’s fault that their property just happens to be in a high-speed dead zone. It is a cautionary tale to check available providers before buying a house if high speed Internet is that important to you. Broadband Internet is still a luxury for a large segment of this country. Sucks, but it is what it is.

Most of us take broadband for granted now but there was a time no too long ago when anything faster than 9600 baud was considered a luxury. It’s not clear if Comcast was their only contact or…

We had an issue getting service, too. Of any kind, broadband, fiber, land line phone, nothing. AT&T said we could have fiber run to our house for 30k, but we’d never get a landline so forget that.

I looked at my phone, saw that I had a really great signal for some reason, told AT&T to pound sand.

Used the hotspot on my iPhone for a few years, now we have TMobile internet and it SCREAMS.

The satellite connectivity companies usually have a starter package ~$69-99/month.

When the college campus was closed and he had to teach virtually from home, it was usually more than that. But hey now that the pandemic is totes over… no worries, right? Go to the office! Get back in the classroom!

They stream and VOIP and Zoom and I think have some Internet of Things “smart” devices including wireless cameras on their property that will call their cell phones in real time to show who is on their parcel (it’s big).

So it’s not like they are on some lean, #vanlife data diet. When I travel or camp, connectivity can be had in town at a coffee shop, a Flying J rest stop, or in an emergency, a cell phone’s hot-spot (sheesh, talk about overages and fees re data plans). The usual cautions apply re firewalls, malware protection, packet sniffers and h@ck3rz.

Connecting to the innerwebs by cell phone hot-spotting might still work out for you, depending on what kind of data package they offer you, and whether there are your network’s cell towers in the area you are gla-camping on. Sunrises and sunsets are free. No need for movies and DVDs.

Unless it’s raining a lot, and you’re stuck inside a van or tent.
That’s what books are for!

According to this site, Washington is ranked 19th in country for broadband Internet access but I suspect it is much higher in Seattle area generally. Usually urban areas have 98+% coverage.

It can depend on where in an urban area you live. Source: living on the south side of Chicago for 30 years. If you want the amenities of a world class city, you have to live in a white neighborhood.

the pandemic is totes over… no worries, right?

So glad to hear that! Phew!
/s

Yeah, we’d both need to be able to do virtual meetings with screen sharing and such, sometimes simultaneously, so I’m thinking it might come in above the starter package.
But fully agreed about the rest of it. Books and nature watching.

The real kick in the pants with American ISPs is that many of them will avoid areas of competitors whether or not the competitor is actually all that active in the area. And basically, this sets up an implicit cartel between them. For example, there’s still plenty of areas where Verizon has copper based networks and thus they’re dependent on DSL which as a result means it’s not all that great especially since Verizon won’t actually replace the copper network with a fiber optic one. Many of these companies actively refuse to do the work needed to maintain infrastructure and demand bail outs to even cover maintenance of their own networks. At this point, you might as well nationalize all the ISPs in my opinion.

I paid $150mo for 8mbps bi-directional for 8 years or so. The last 2-3 years I lived out there It became 35mbps/ for the same $150. Latency was terrible for fast-twitch games or video chat jitter, but it was internet connectivity.

For $50.mo you could get something like 3mbps/max but there were restrictions on things like streaming video.

Bringing utilities to homes can be pretty expensive. My background is somewhat related to this, just not with telecomms. I do think that $27K is a lot but it’s hard to tell without more context. In my line of business if we were to do that much work for gas install it could possible run close to 30K if that involved tearing up a street or sidewalk and restoring it. Generally the materials account for maybe 20-30% of the cost and the rest is labor related.

That said, when i have projects like this come up on occasion we try to piggy back it with related projects we might have on going in the area if possible but generally that’s only for a few lucky folks. Its best to get all of your utilities down when a residential area is first being developed, anything after that is going to be expensive.

For $50.mo you could get something like 3mbps/max but there were restrictions on things like streaming video.