Covert operations to get girls into the BSA

"in a blistering letter this week, the president of Girl Scouts of the U.S.A. accused Boy Scouts of America of trying to undercut the organization through a “covert campaign to recruit girls.” 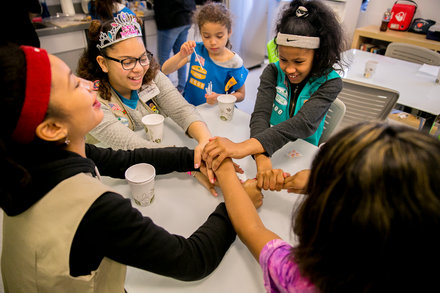 The president of the Girl Scouts has accused the Boy Scouts of planning to expand programs for girls, undercutting the group’s core mission.

Come on! Jamborees would be ALLOT more fun don’t you think?

Come on! Jamborees would be ALLOT more fun don’t you think?

The Girl Scouts are Liberal, the BSA are fascist. It’s political.

Sexist social divisions aside, BuzzFeed is the digital equivalent of a tabloid gossip rag and will gleefully manufacture a scandal. Their writers are often paid by the page-view. Take anything they report with a gram of salt. Too bad the NYT doesn’t.