CP/M is now open-source for real

My first exposure to computers was on a Techtronix CP-M machine, mostly to run a CAD program called Technicad.

I don’t see SYSGEN.COM in that listing. Was that a developer-only program, or does this user just not keep it on the working disk?
Also, BBS, a CP/M executable command file name isn’t a URL.

now i want the .exe tld

This is great news! My dreams have come true!

This is so exciting!!!

Just don’t expect to see dates on your file directory listing.
I remember in 1982 making a wire-wrapped S-100 bus RTC clock board so that the cement factory could put timestamps on their assay data that their Cromemco System 3 recorded from the X-ray mass spectrometer.
Also, floppy discs turn grey from the dust in a cement factory, but they still work because it’s too fine to scratch the heads.

We bought a home desktop machine that ran CP/M and used it for a while. I learned about markup.

We were happy to transition to a Mac about a year later. We got the Mac within 3 months of the product introduction (we named it Blossom because we put it in a room with a view of our apple tree, then in bloom).

We even got money for the CP/M machine – from our insurance company, after the computer was stolen in a burglary. They first said it wasn’t covered (I’m not sure they’d ever had a home computer claim before). We said: just 10 months ago your agent sat in our home and sold us the (renter’s) policy; we pointed explicitly at the computer and asked if it would be covered; the agent said yes. I believe we were paid through their own “errors and omissions” policy.

Were we early adopters? Why, yes. I got a BS in Computer Science in 1978 (uncommon, and even rarer for a woman). /brag

Now do all of those things on any modern computer in less than 64K of RAM.

It was too long ago for me to remember precisely which system it came with, but I’m almost certain my printed copy of the operating system source code was for Digital Equipment Corp.'s (DEC) Rainbow 100 CP/M-86/80. It filled two thick 3-ring binders.

There was (somehow) no extra price paid to get that. But then again, it was bought directly from DEC under a special discount program for employees of their industrial distributors.

This looks like a screencap of Microsoft’s CP/M for the Apple II Softcard, which had the sysgen fuctions incorporated into the COPY command.

Many happy hours of running ADVENT, and less happy hours writing school assignments on WORDSTAR, and printing them out on the 9 pin dot matrix printer.

Now do all of those things on any modern computer in less than 64K of RAM.

My first computer had 16K RAM (after an upgrade), and it would only do the last of those three things. The “directory list” was whatever we’d written on the cassette.

But that’s not too arcane; I’m sure someone else here used to code via punchcard – better yet, play games that way. At home.

We had a DECMate and, later, a Rainbow (or something like it) that my dad brought home from work.

"The Vim Clutch": a footpedal for the code-editor Vim boing

I’m just reminded that, for lack of word processing software, I used to type school papers, stories, etc. in Multiplan on a DECmate II. We’d format the page for (I think) 8 columns, then enter text one line at a time, being mindful not to type past an approximate point that might exceed the eighth column’s width. Also, double-quotes weren’t allowed – instead I’d use two single-quotes. Later on (1987) we got hold of a Commodore 64 (fairly old even by then), and I used that version of Multiplan… 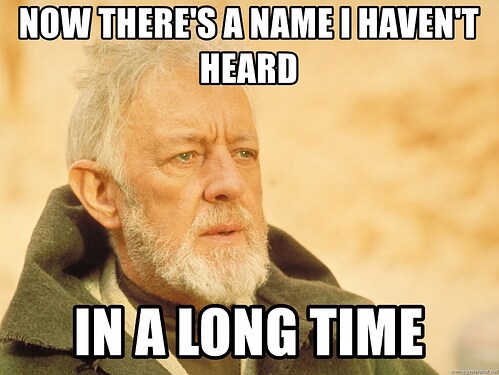 The last I heard of it (1994?), it’d been bought by that bottom-feeder guy (later on Shark Tank, heh) who went around buying discount clearance bin companies, so that he could pad his portfolio with imaginary numbers.

My first computer had 16K RAM (after an upgrade ), and it would only do the last of those three things. The “directory list” was whatever we’d written on the cassette.

Oddly enough my first interaction with a real computer was when our middle school got a TRS-80 when I was in seventh grade, and I excitedly plopped down in front of it with the BASIC tutorial manual it came with, opened it up to the first page, where it said to type in the command “PRINT MEM”, which it said should display a number of about 3000-something. Instead it displayed a number more like 15000, and I called a librarian over (the computer was placed in the school library) and said “is this OK? It’s not showing the number it said it should.” The librarian replied “Oh, we got one with 16K of RAM instead of 4K of RAM.”

Pour one out in honor of Gary Kildall. Here he is trading places to be a guest on Computer Chronicles so he can talk about CP/M as its creator.

Turbo Pascal: A Great Choice For Programming Under CP/M

CP/M was blessed with many programming languages, each with their own strengths and weaknesses. I think that Turbo Pascal stands out from these and I'm not alon