I got 1:58 seconds in before I wanted to rage and throw my laptop across the room. S

I couldn’t make it through. Too boring.

The one thing I always struggle with is the “you can’t prove anything” argument. Is it because they really believe the Bible is an eye witness account? I am not trying to be a jerk or anything, but does the argument come down to, for them, faith that the Bible is a true account, and therefore all the proof they need?

You lasted longer than I did.

It’s one thing if a person is simply ignorant… they just don’t know any better.

But it’s infuriating to hear people willfully choose stupidity, and then try to pass it off as an intelligent argument.

(BB needs more than creationists, so here’s the extra text.)

I’m increasingly convinced that almost nothing in the Bible ever happened. Not just the Flood, or the Parting of the Waves. I’m now pretty much convinced by the evidence (actually, lack thereof) that the Jews were never enslaved by the Egyptians.

Nowadays, I get annoyed when scientist try to come up with science-based explanations for these stories.

Faced with ms. Fox’s pablum, I’d ask her for proof that her version is true. I’d also add that quoting the Bible-as-proof-of-itself would get her a severe spanking by being 1) forced to read out loud other religions’ foundational books’ passages where they also claim inerrancy, 2) be forced to attend and pass a semester of Predicate Calculus, and then, especially then, 3) be forced to show her work. 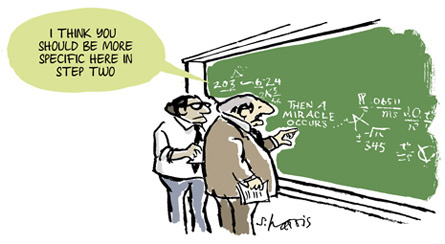 Some/most days, I feel we need to stop being polite and deferential to these deluded people, and call out their bullsh*t. They have no respect for or even understanding of the scientific process - nor do they wish to understand it. They prefer to wallow in their ignorance.

According to her youtube description, Ms. Fox believes places like this museum, and the exhibit shown, are indicative of “the cult of ‘science’ where the ‘scientists’ are more like high priests pushing a religion.”

In other words, she’s perfectly comfortable in going into someone’s place of worship and loudly, aggressively mocking everything from the decor to [her perception of] the basic tenets. Classy.

(I’ll note that my mom, a devout Christian and someone generally open to various forms of woo-woo as well as a lover of museums and the natural world, would have totally shushed her the eff up.)

A lot of her argument seems to be “I don’t understand how it works, therefore it’s bunk!”

Now think of how many modern conveniences that logic could apply to.

Forget inerrancy: just force them to read the parts of other religions’ texts that tell the exact same story with just enough difference in the details that it’s obvious the stories have been passed around by merchants, sailors, and soldiers in their travels.

Oh good! I get to post an image I scraped off of Fark: 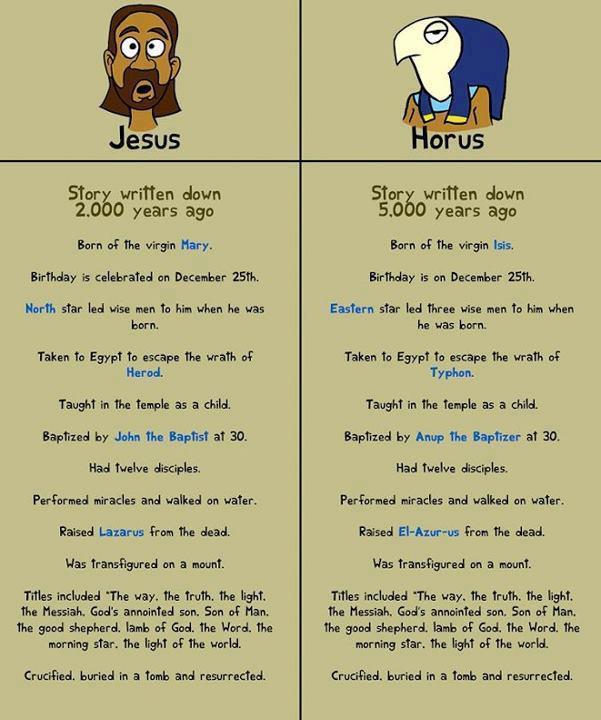 Man, I really want to be there to give really dead-pan answers:

“But doesn’t the fact there are still single cell eukaryotes and animals suggest that they have always been separate?”

“How do they knOw the o-zone layer had formed?”

Because you can see a large increase in atmospheric oxygen in rock layers that old.

“How can they be sUre plants came from green algae?”

Because they both contain chlorophyll.

Sad thing is, she does not have to revel in her ignorance the way she does. (I don’t understand it, so it’s bunk.) It’s pure laziness and hubris.

The Field Museum has a lot of portable exhibits they loan out to school groups (including home schoolers). Here’s a great one for her to start with: Darwin’s Finches Lesson Plan

In The Case of Darwin’s Finches, students will engage in the scientific process to answer the research question, “Are Darwin’s finches really finches?” The project is designed for students to act as investigators trying to solve a case within collaborative groups, using learning stations and large and/or small group discussions. Students will draw conclusions about the relatedness of birds based on physical appearance, structural morphology, feeding behavior, and DNA sequences. After rotating through the stations, students will develop a conclusion as to if Darwin’s finches are actually finches. Students will also draw conclusions about the validity of using observation and DNA evidence as a basis for such scientific conclusions.

Students will make the connection between this project and systems biology: looking at the molecular level (DNA) in order to understand the whole organism.

Classroom Kit
The N. W. Harris Learning Collection at The Field Museum offers over 1,500 treasures—real specimens and artifacts—for educators and parents to borrow. Use the materials from our Learning Collection to engage learners in scientific practices, develop critical thinking skills, and pique curiosity about Earth’s natural and cultural diversity. The Case of Darwin’s Finches lesson:

Bird Tree of Life Experience Box
– This box includes ten bird skulls from the Bronze-Winged Mannikin, Zebra Finch, Caribbean Flamingo, Blue Jay, American Crow, Burrowing Owl, Peregrine Falcon, Northern Cardinal, Duck, and Pileated Woodpecker. The variation in their skull sizes and beaks reminds us that they are highly adapted to different food sources and environments. Learn about the process of natural selection and create an evolutionary bird tree of life to show how the specimens in the box are related.

Borrow this kit for free!

Ugh, do we really need more of this echo chamber, low-hanging-fruit snark junk? How about post some cool documentary about evolution or the Fields Museum or something instead?

Oh, how I wish this were accurate… but some quick research seems to suggest that a lot of the points on the Horus side are at a minimum a bit of a stretch.

The one thing I always struggle with is the “you can’t prove anything” argument. Is it because they really believe the Bible is an eye witness account? I am not trying to be a jerk or anything, but does the argument come down to, for them, faith that the Bible is a true account, and therefore all the proof they need?

It tends to be a sadder state of affairs than this.

The Bible is a nuanced document and people of legitimate faith have been able to read it in a way that accounts for evolution without contradicting its “big-T-Truth” for them. See, for instance, the Catholics, who are quite comfortable with the idea of evolution as the tool that God used to bring humankind into existence.

Where it mostly comes from is politics, where “Evolution isn’t real!” is code for anti-intellectualism. It’s no prelude to “kill everyone with glasses,” but the sentiment is basically the same.