I was just a kid when I got 101 BASIC Computer Games, but I never doubted the mix of counterculture and computers. You had to be a freak to think of computers as more than just adding machines. And hey, with illustrators like Robert Crumb, it’s no real stretch.

My high school English teacher gave me a bunch of these magazines, which she had because her sister worked for the publisher. They are indeed refreshingly hip, compared to the dry technical wizardry of Byte magazine.

My cousin John clued me into Creative Computing when it was a going concern, in the early 70s. His school had a computer you could fool around on, entering programs on a teletype and storing them on cards or paper tape. During one visit I played a game called DEEPSPACE (which is in one of those Best Of collections, probably). It was text mode; you selected a star system to patrol, selected the weapons for your spaceship, and started battle. You set your velocity toward the enemy, and which weapon systems you fired. Utterly fascinating to 13 year old me. I saved the flimsy brown paper printout of a couple of sessions for years, pouring over the details of these space battles.

The magazine was a revelation. It printed sci-fi stories, speculation, Trots & Bonnie comics, and what you might call “design fiction” pieces about futuristic gadgets. I first read the poem LOOKED OVER BY MACHINES OF LOVING GRACE there. Reviews of the very first, primitive “home computers,” like the Altair, Elf, and Sol 20.

I remember the ache and longing for access to an actual computer. My high school had a DEC pdp8/e, but it was hard to get time on it or to enter large programs. How cool would it have been to be able to enter and play DEEPSPACE or TREK or HUNT THE WUMPUS any time I wanted?

I eventually subscribed to Creative Computing, but it was a slick consumer magazine by then. It was sad seeing it go mainstream, trying to find its place among dozens of dedicated home-computer magazines. I remember the shock of seeing the “goodbye” editorial from retiring editor David Ahl. (This was between 1980 and 1982, because I recall reading it in the library of Nassau Community College.)

When I got my own IBM PC I joyously entered the old Creative Computing vintage games. I bet I have the old BASIC files in an archive somewhere.

I lucked into a stack of newsprint-era Creative Computing issues at one point. I eventually donated them to a museum of some sort, in Germany. I still have the “Best Of” collections. I looked them over a few years ago; how incredibly archaic!

FWIW, I looked up David Ahl about ten years ago. He had migrated to conservative Christian politics and collected military vehicles. Very odd, for someone who started up pushing something so revolutionary.

Super nostalgia! I seem to recall reading “My Computer Likes Me When I Speak in Basic” when it was new (1978-ish?).

My uncle subscribed to Enter magazine in the 80s. I probably thumbed through each one a dozen times. Lots of BASIC goodness.

All 17 issues are available to peruse online: https://archive.org/details/enter-magazine

Thank you for reminding me that I have a copy of ‘the best of’ somewhere in my bookshelves.

Loving the initial anti-tv picture there. Encapsulates a lot of what i dislike about the entirely passive nature of TV nowadays… (the silly parts did make me giggle, “makes people sick!¬”, causes cancer" lol)

Here’s a page of David Ahl’s work, an ASCII art program he wrote. This is from BASIC Computer Games.

Very odd, for someone who started up pushing something so revolutionary

…or join the Sisters of Perpetual Indulgence.

The Sisters of Perpetual Indulgence

The San Francisco Motherhouse of Sisters of Perpetual Indulgece. Promulgating Universal Joy since 1978

where did they get such nice photos of my library from , eh ?? ’ dr dobb’s journal of computer calisthenics and orthodontia , running light without overbyte ’ - - - 6502 and z80 code ; maybe a tiny basic compiler by someone named bill gates ; 8 bits to a word , 64 kilobytes to a world , bank swapping , and we liked it !! 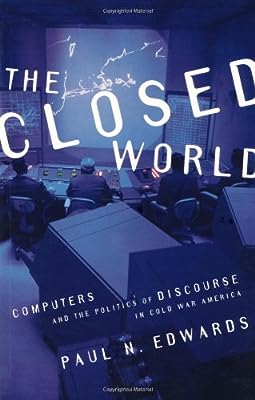 Amazon.com: The Closed World: Computers and the Politics of Discourse in Cold War America (Inside Technology) (9780262550284): Paul N. Edwards: Books

The Closed World offers a radically new alternative to the canonical histories of computers and cognitive science. Arguing that we can make sense of computers as tools only when we simultaneously gras ...

From the summary and reviews that looks like it might be a hyper politicized journey through the imagination based on some actual history.

And bringing it back to underground comix artists…

Tales from the Leather Nun

Tales from the Leather Nun was an American underground comic published by Last Gasp in 1973. It was a one-shot anthology of bizarre, violent and perverted stories featuring nuns by Dave Sheridan, Robert Crumb, Spain Rodriguez, Jaxon, Roger Brand, and Pat Ryan. Deborah Harry is seen reading the comic in the 1992 movie Intimate Stranger.

I used to have that but traded it for some beer. Still have lots of my Fabulous Furry Freak Brothers & Fat Freddy’s Cat though.

What about Sister Theresa the Spanking Nun? (about 1.55, but the rest is worth watching!)

I remember that. Being the Star Wars geek that I was, I just had to roll my own, using the SW logo.