Creator inserts himself into favorite film and TV settings

I’d go to Tokyo and seek out locations where one of my favorite movies, Lost in Translation , was filmed

When people ask me what living in Japan was like, I tell them it was like Lost in Translation, but I spoke the language and wasn’t overwhelmed with ennui.

That building in the post with Harry Potter, I forget where that is, but I’ve been there. And my kid recently visited there with her mom.

When you live in LA, this is a daily occurrence. I’ve lost count of the number of times I’ve seen my home, my street, or my neighborhood on tv or in a movie. I’ve seen it get flattened by an earthquake, washed away by a tsunami, haunted by a crime solving vampire, the backdrop to a crime solving car, as part of a rom-com plot, and the list goes on.

It is certainly surreal.

Came here to write the same thing. Growing up here is even weirder. I love LA.

Yes, it’s like living halfway in a parallel universe. To give one example, the gas station on Olympic I regularly used as a teenager was the same one in the shadow of Nakatomi Plaza* where Sgt. Al Powell bought his Twinkies.

[* few people driving by, including locals, think of it as Fox Plaza]

Not many Cambridge shoots in there, but he was just around the corner from me on his birthday, which is kind of funny.

If you want to try a musical approach… 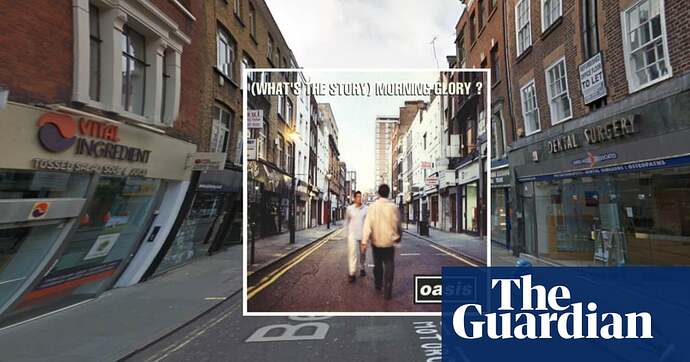 From Pink Floyd to PJ Harvey, our Street View specialist Halley Docherty shows us the world's cities through the lens of famous album covers 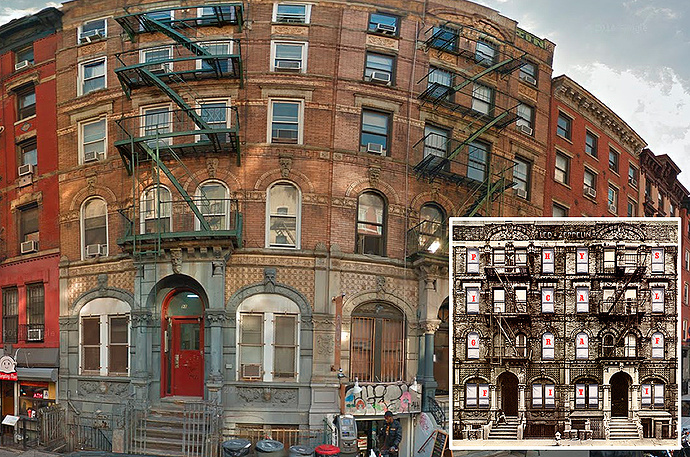 The Locations Behind 28 Iconic Album Sleeves - And Where To Visit Them In...

From Abbey Road to Paul’s Boutique, some seemingly innocuous places have been so immortalised by the iconic record sleeves that bear their image that they’ve become destinations in their own right. We hopped on Google Maps to bring you 28 real life... 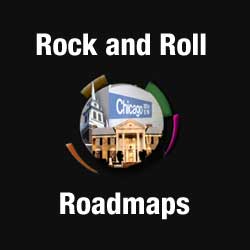 And if you, like me, don’t have the slightest skill with image editors, you can use this site to crop your photo, remove the annoyong background, put It on a transparent background and paste it anywhere like a kind of Forrest Gump.

Not entirely sure, it might be Gloucester Cathedral, although they also filmed at Lacock Abbey, which is barely four miles from where I live.
There’s one film, an Animé, called Kiniro Mosaic, often shortened to Kinmoza, in which I can insert myself, and did so last weekend. The story involves a Japanese schoolgirl coming to England to visit Alice, her pen friend, at the cottage in the countryside where she lives.
The cottage is real, it’s 18th century, not far from Castle Combe in Wiltshire, and it belongs to a close friend of mine, it’s her home, and a hotel, restaurant and tea-room. For anyone interested, look up Fosse Farmhouse Kiniro Mosaic. Best advertisement for her business ever!

Yeah, when I visited LA back in the 90’s with a mate, (a free trip as a competition prize from BBC Radio 1), we drove down to Sunset from Lankershim Drive, and all we could think was, we’re in the middle of a movie set!
We ate every evening at a little pan-Asian place called Toi, is it still there, by any chance?

We ate every evening at a little pan-Asian place called Toi, is it still there, by any chance?

If you’re talking about Toi on Sunset it’s still there but it’s Bangkok-style Thai food, not pan-Asian cuisine. It was one of the first places I ever had Thai food growing up in L.A.

Have you ever found yourself watching a film and thought to yourself “I’ve been there!” and immediately felt more connected to it?

Given how much is filmed in ATL lately… yeah, quite a bit!

That’s where I have been! Thanks.