I show that the picture doesn’t make her point.

So her entire point should be discounted?

Welcome to Boing Boing, thanks for taking the time to sign up to mansplain.

Can I mansplain something to you? I looove your silky chest hair.

(Oh gawd, I’m getting’ weird again. Back to questions!!)

Beard never gets the love he deserves.

I’m a nerd, I like reality. People lose my respect if they don’t rely on facts, don’t provide solid argument.

If women are erased from tech history that would be wrong. I consider people who don’t have their facts straight and have to rely on falsehoods and ad hominems to be detrimental to rectifying that issue.

The narrative depicted in movies slowly starts to obscure the reality, especially for the bigger blockbusters that follow the “based on a true story” histo-fiction-drama methods. Look at Argo or Titanic, for example - I know a few younger folks that actually thought there should have been a memorial for Jack and Rose.

Subtly leaving women out of history or minimizing their efforts in enough of these films shifts the discussion away from the history of women tech contributors. I was glad to see some acknowledgement in The Imitation Game, but (IIRC) it still failed the Bechdel test.

Okay, here’s a reality for you. The Rolling Stone article mentions ten people on the team and names a good number of them, as well as other Apple personnel involved in the company at the time: 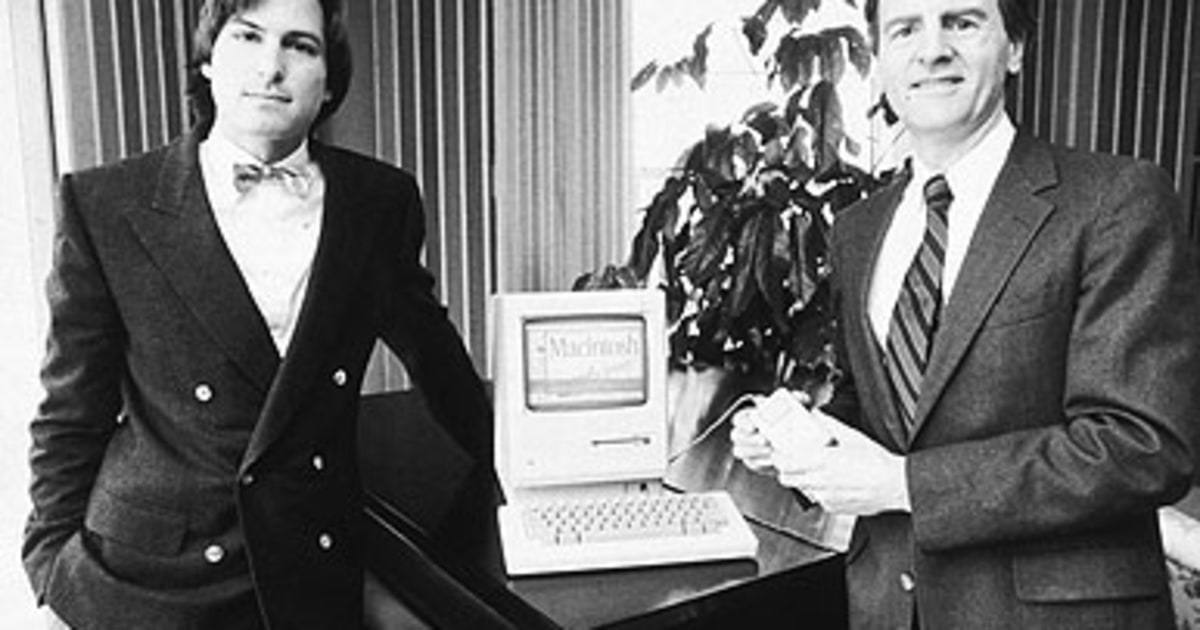 The Birth of the Mac: Rolling Stone's 1984 Feature on Steve Jobs and his Whiz...

When Apple's Macintosh took on IBM, 'the Darth Vader of the digital world'

Would you like to count how many women are named in the article? Go ahead, I’ll wait.

Women’s involvement in technology was and is still not spoken of. It is a problem. To discount her entire interview as a result of being incorrect about a photo from thirty years ago is a terrific way of missing the forest for the trees.

You’re right, things are just peachy for women in technology, that’s why there are so many of them in the various fields. Just keep on keeping on. No need to question your reality at all.

Ugh… Nauseous feeling again. I used to work for CTO that said he liked to ‘lean in’. If there was ever someone I wanted to punch at work, drop a microphone, and spend time in jail…

[eta] Um… also, Jobs wasn’t an engineer, either, but everyone is pretty eager to bow down to his brilliance… Her point is about women in tech generally being erased, especially via popular engagement with history.

Not to nitpick too Much, but this seems like a great use of Citation Needed.

Here are two citations showing that a computer can work if the icons are changed.

So, a computer runs fine whatever the art work looks like.

Sorry, to have kept you waiting, but the list of names is below. The number of women made mention of is zero.

I’m not sure what your point is. That Rolling Stones wanted to rewrite the (then) present instead of history? That it knowingly wanted to give a false impression of the number of women involved?

The number of women that worked on the technology side is independent of your or my view. If it is asserted that it is attempted to wipe women from history, then - like any assertion - that assertion should be able to survive scrutiny. Megan Smith’s example of the photo was factually incorrect. That in itself does not prove or disprove that women are erased from tech history.

[Added: I recalled that the Mac contained the names of the team members. I found a link with all of these names: http://en.wikipedia.org/wiki/Macintosh_128K. And a list that may be more complete: http://www.mac30th.com/vips/)

All names found in the article:

Sorry, to have kept you waiting

No worries, I found ways to fill the time.

The number of women made mention of is zero.

Great, it seems like you’re close to seeing it…

I’m not sure what your point is.

Whoops, you missed it. Okay, I’ll say it again:

Women’s involvement in technology was and is still not spoken of. It is a problem.

Are you up to speed now?

It might help with hiring, but I don’t see how it would help with retention. Honestly, Hollywood is so shitty to women I’d expect the tech industry to change first.

“Women’s involvement in technology was and is still not spoken of. It is a problem.”

Sorry, but that premise is still is under scrutiny. The fact that Rolling Stone only makes mention of men of the Mac team in itself does not mean that it was an unfair representation of the actual situation.

If the contribution of women is underrepresented then facts to support that should be presented. That bolsters your/her case if you want to convince people. If she wants to use the Mac team as an example then the following question has to be answered: What are the names of the women that contributed technologically at the level of the men mentioned in the article? If you don’t want these women to be erased from history, it makes quite a bit of sense to mention their names.

Don’t get me wrong, I think it is not hard to find cases where women were wronged (e.g. Rosalind Franklin who definitely had a major scientific contribution to the work of Watson and Crick but didn’t share the Nobel prize). Barbara McClintock did manage to score a Nobel prize, but definitely had hardship along the way. That, however, is not reserved for women only. Shechtman, the guy who got a Nobel prize for five-folded symmetry, suffered from ridicule for years. Reality however doesn’t go away, and if you’re right then you’re right. The universe doesn’t care about opinions.

I think that the core problem Megan Smith is tackling is the same problem displayed on this board here. There is a cultural contempt for and lack of interest in facts/reality. If people stick to the facts, then women would be represented to the extent that is commensurate with their contribution. Then* the problem she and you worry about is gone. However, there is no culture of holding someone who has an opinion but doesn’t provide support to task over that. There is no culture to check the facts, and someone who does will even get contempt. In such an suffocating atmosphere delusions about religion, global warming, evolution etc. can hold, even thrive. And the board members here, they don’t change that. They contribute to that culture that causes the problem in the first place by having a discussion based on opinion first, facts last.

*The word “then” was sorely MIA in the original post

Ah, that is the key flaw to your hypothesis.

Based on every study I can google in 25 seconds, that is patently false.

Let me put it another way. The curves of graduation rates and employment rates in STEM positions for women are not rectified. Yes, I know all the extenuating circumstances, but there still appears to be bias in the system.

So while I may agree the turn of phrase, “erased from history” is strong, it is strong because a correction still needs to be made.

From the book “Revolution in the valley” I learned about a great number of aspects that were tackled. (You don’t need to buy the book; all the stories in the book are available for free at www.folklore.org). From the point of view of a user, who doesn’t care about what is under the hood however much trouble it took to get it to perform, I tend to think that it was the interface that mattered most. The story Busy being born tells about the five years of experimentation and the dead alleys that they went into before they ended up with the end result.
http://www.folklore.org/StoryView.py?project=Macintosh&story=Busy_Being_Born.txt&sortOrder=Sort+by+Date&topic=QuickDraw

It shows how the programmers struggled to get something work more or less intuitively.

Oops, that was a typo. I meant to write: THEN the problem she and you worry about is gone.

Hahaha, yeah, that is a rad typo >:). I love the one letter typos that flip entire arguments.