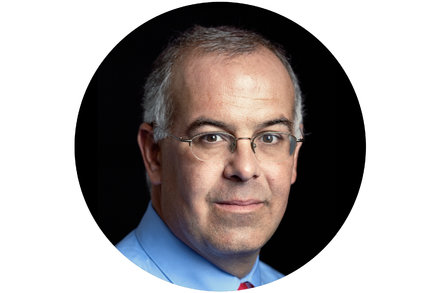 A new memoir provides a mind-altering account of the black male experience in America.

“Am I displaying my privilege if I disagree? Is it my job to respect your experience and accept your conclusions?”
Short answer: Yes.
Long answer: Certainly.

My favorite recent discussion of Brooks:

I Don't Think David Brooks Is Okay, You Guys

I am worried about David Brooks.

If I do have standing, I find the causation between the legacy of lynching and some guy’s decision to commit a crime inadequate to the complexity of most individual choices.

An alternative view of TNC’s book from Toni Morrison:

The only endorsement he had wanted was the novelist Toni Morrison’s. Neither he nor his editor, Christopher Jackson, knew Morrison, but they managed to get the galleys into her hands. Weeks later, Morrison’s assistant sent Jackson an email with her reaction: “I’ve been wondering who might fill the intellectual void that plagued me after James Baldwin died,” Morrison had written. “Clearly it is Ta-Nehisi Coates.” Baldwin died 28 years ago. Jackson forwarded the note to Coates, who sent back a one-word email: “Man.”

For those of you playing at home, the James Baldwin vote is 3-27 times more relevant than the David Brooks’ vote.

Open letters are never a good look, unless you're trying to go for sanctimonious blowhard pantomiming dialogue. (Which, you know, Brooks.)

If I were on the twitters, I’d so follow that guy.

You aren’t strictly required to do either; but it is very much worth considering; especially when you are deep in unfamiliar territory(that the other guy happens to live in) and substantially outgunned intellectually.

People can and do come to all sorts of amazingly flawed conclusions about their experiences, even if they are having a good enough day to avoid too much narrative unreliability in thinking about them, so you can’t really treat authenticity as a substitute for correctness; but(thanks in large part to the same reliability issues) coming to amazingly flawed conclusions about other people’s experiences and unreliably imagining them is easier and more common still. It is possible to be right about somebody else even when they are wrong; but you should really have a good reason for why you think that you’ve beaten the odds before assuming that you have.

If it were someone else I might add many qualifications (esp. since he asked three questions condensed into two), but with the petulant, hectoring, moralizing, out-of-touch scold David Brooks who perfectly embodies white privilege, the answers are far simpler.

Given that Brooks is pretty agonizing when he attempts to do ethnography-lite on the white upper-middle to upper class; I’d be inclined to entirely agree that he should have just shut up and stopped digging well before he even considered writing that article. In principle one might be better placed to comment; but Brooks is not such a one. He was probably the terror of TAs in lower level philosophy survey courses, however, I’ll give him that.

I was hoping we’d get a thread here about this, since I know there will be a lot of interesting, funny, and salient comments as a result.

Well, we do now I guess… just from the rabble rather than on the front page… Maybe they’ll post it up later?

This topic was automatically closed after 581 days. New replies are no longer allowed.