Back when I had my red card for wildland firefighting they trained us on what to do if we saw this coming. Duck and cover, and prepare to be pelted with something the consistency of soup, or of whole potatoes in water if the mixing was incomplete. Can hurt.

I wonder what the health hazard from this is. I mean, it’s probably not more of a health hazard than BLAZING INFERNO, but I would still be concerned after being pelted by plane-dropped chemicals. The fact that the fire-retardant Agent is actually Orange is kind of a bummer as well.

There can be some nasty stuff in there. Something I’d definitely not want to take a shower in…

“There are other chemicals associated with it, but ammonia and the nitrates are the ones we’re currently aware of that are the largest concern,” said Doug Laye, the U.S. Fish and Wildlife Service regional coordinator for endangered species, who is overseeing the new policy for fire retardants. “These can change the water chemistry drastically. That can have a very quick and often lethal effect.” 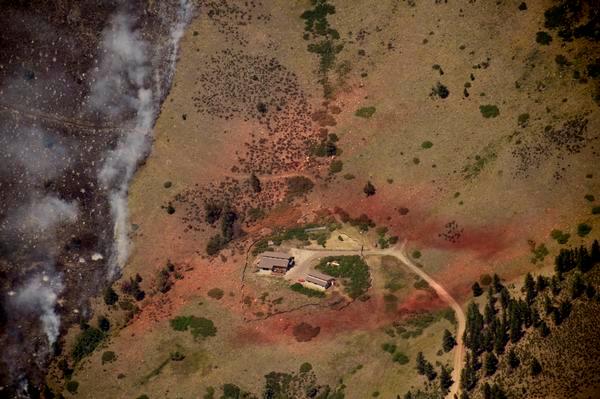 I think the word toxic in that link there is a bit of a stretch. It’s not toxic in the DDT or oil dispersant sense. No persistence. No bioaccumulation. Mostly water. Totally biodegradable. Less disastrous than fire.

I’m not sure how to feel about the camera operator’s response to this. Was this a matter of holding fast and “getting the shot” or a lack of survival instinct / understanding when they saw the lead plane come swooping in directly over them?

For clarification, I meant more about being pelted than toxicity.

No doubt they hyped up the risk for dramatic effect in the article.

Looks like the main chemical component of LC95A slurry is Ammonium Polyphosphate - basically fertilizer. Probably not toxic in the strictest sense but not something you’d want to be deliberately exposed to at high concentration either.

It’s orange so that it can be seen from the air.

KUSI-TV. Gotta love it. As someone living in San Diego and who watches TV via antenna, I am fascinated that independent TV stations like it exist. It’s a relic of a pre-megacorporate age.

Saw this photo from the LA Times today (via NextDraft) 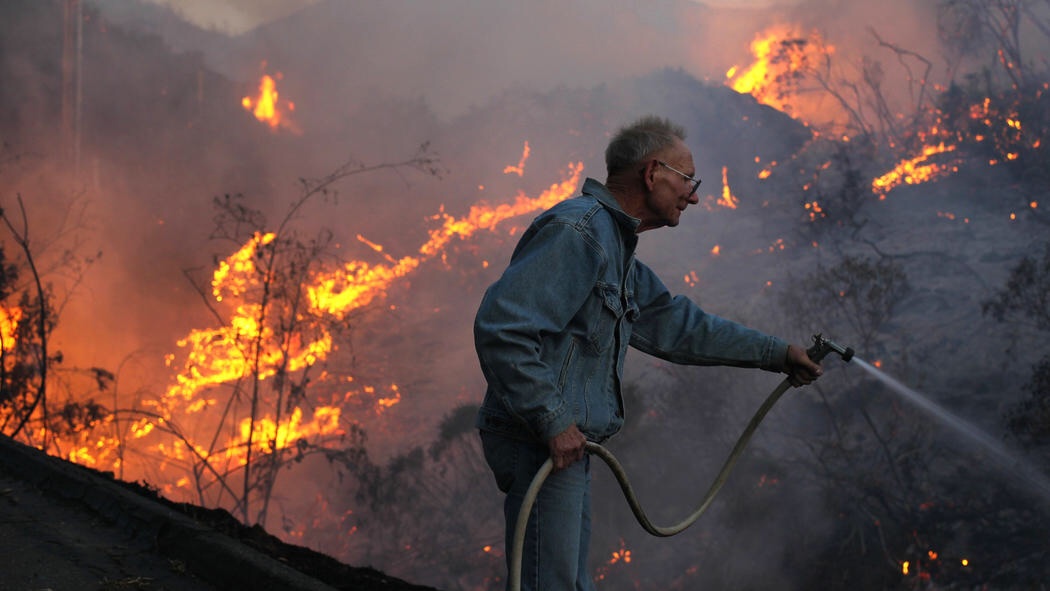 I can’t not read everything that you’re writing in Krieger’s voice, especially when you’re talking about chemicals and fire.
I am OK with this.

I had this stuff in my nomex for a few weeks when I was a few weeks green, can’t be sure but I think between it and the dry conditions it permanently cured athletes foot I had acquired in high school swimming/water polo. Duck and cover is right, that stuff hits hard.

One year we had a fire across the canyon from our house, and the view of a low-flying Hercules dumping slurry as it flew cocked at an angle along the canyon wall was fascinating. Quite amazing flying. No casualties from the fire itself, it was stomped on pretty good by the firefighters after that, but slurry is pretty slippery, and a woman across the canyon slipped on slurry that fell on the sidewalk and fractured her hip.

Nobody is gonna make a Carrie reference? 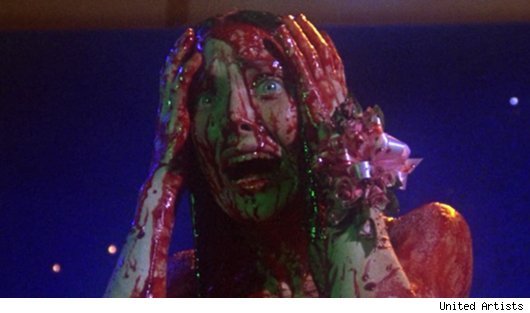 people, this is 2014, shouldn’t we be referring to this slurry by the more correct term… “flammably challenged”?

That’s a beautiful plane, I think it’s happier flying these interesting routes. Who’s a good airplane, yes you are.

They were reporting on the aerial firefighting story, and were in position to get the shot of the plane coming overhead. Just didn’t realize that they had parked IN the release zone, rather than outside of it.