Did you use TorMail? If so, 'the FBI Has Your Inbox'

But of course they have probable cause. If you have nothing to hide, why are you on TOR?

One very important point, and a very unfortunate one, is that many, many people are going to assume from the name that Tor Mail actually had something to do with Tor. Tor Mail was a completely independent project that was thrown together by a completely separate group of people. I remember many of the Tor developers at the time who pointed out how confusing this would be for users, and asking Tor Mail to change their name. Tor Mail refused. This is like a bunch of people just getting together and releasing a product called Google Pop-Tarts and people blaming Google when it call comes crashing down. Different people, different project, “borrowed” name.

More disturbing is that the FBI (or NSA) then used the confiscated servers to distribute malware.

That’s two days before all the sites hosted by Freedom Hosting , including TorMail, began serving an error message with hidden code embedded in the page, on August 4.

Security researchers dissected the code and found it exploited a security hole in Firefox to de-anonymize users with slightly outdated versions of Tor Browser Bundle, reporting back to a mysterious server in Northern Virginia. Though the FBI hasn’t commented (and declined to speak for this story), the malware’s behavior was consistent with the FBI’s spyware deployments, now known as a “Network Investigative Technique.”

And now I know to stay away, far, far, away, from any company with “Freedom” in its name.

So, from a previous Boing Boing story, I conclude it is much safer to use HSBC as my email provider than an “anonymous” email provider. Good to know.

This sounds like a potentially great service for Goldman Sachs, BTW.

If you have nothing to hide, why are you on TOR?

Agreed! And, I’m still waiting to see all the details and divorce papers of Google’s “nothing to hide” Eric Schmidt. 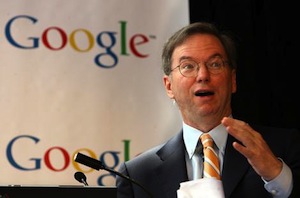 Agreed! And, I’m still waiting to see all the details and divorce papers of Google’s “nothing to hide” Eric Schmidt.

Hell I wanna see what Romneys hiding. I understand his church does too.