Here’s a talk from guy working on a solar-powered autonomous vehicle that will head out to the high seas and pick up all the trash we put there.

(Seriously, I can’t imagine the modern world functioning without plastic containers and bags.)

Lots of countries tax or have outright banned at least some kinds of plastic bags:

In the early 21st century, there has been a global movement towards the phase-out of lightweight plastic bags. Single-use plastic shopping bags, commonly made from low-density polyethylene (LDPE) plastic, have traditionally been given for free to customers by stores when purchasing goods — a popular method, considered a strong, cheap, and hygienic way of transporting items. Problems associated with plastic bags include use of non-renewable resources (such as crude oil, gas and coal), Governmen...

What is needed is plastic that degrades quickly if we are going to use it as disposable packing material. Even better, make some that is actually digestible for sea turtles. Who needs drones when we have turtles?

Who needs drones when we have turtles?

We need drones that can detect and collect trash. Millions of all-terrain and flying Roombas all over the world, picking up after us.

Boyan’s scheme is well known to be totally unoriginal, uninformed and useless by actual scientists who study the problem.

The Ocean Cleanup. The newest of the new plans to remove marine plastic.

UPDATE: The Ocean Cleanup released a feasibility study in June 2014 that attempted to address many of the concerns we had below. You can read our updated technical review here. I'm just going to come out and say it, any project that touts itself as...

And his live prototype failed as predicted:

What did the Boyan Slat and the Ocean Cleanup do last summer?

Because I haven't written an update on the Ocean Cleanup and Boyan Slat in a while... They deployed a 100-m long prototype that is really 30-year old RO-BOOM technology with some new fancy hardware. Deployed in only 30 m of water during...

Just wow, look at nature in all it’s glory, the beauty of a school of strange jellyfish…whats that?..those are plastic bags? vomits uncontrollably

Almost everything that is made with plastic can be made with hemp. Hemp is the natural wonder plant. No need for all the fucking god damned petroleum and chemicals to generate a world’s worth of pollution. But, when we have the mad man in the WH who is appointing swamp dwellers like Pruitt, who has now made the EPA the anti-EPA we are now, almost seemingly from spite doing our worst to destroy this planet. The only one we know in the entire universe that supports life. I’m in a particularly somber mood this morning and then I watched this. I’m ready for the god damned comet to hit, center point on the god damned White House. Life will continue and GAIA will survive. It’s humans that need go extinct. 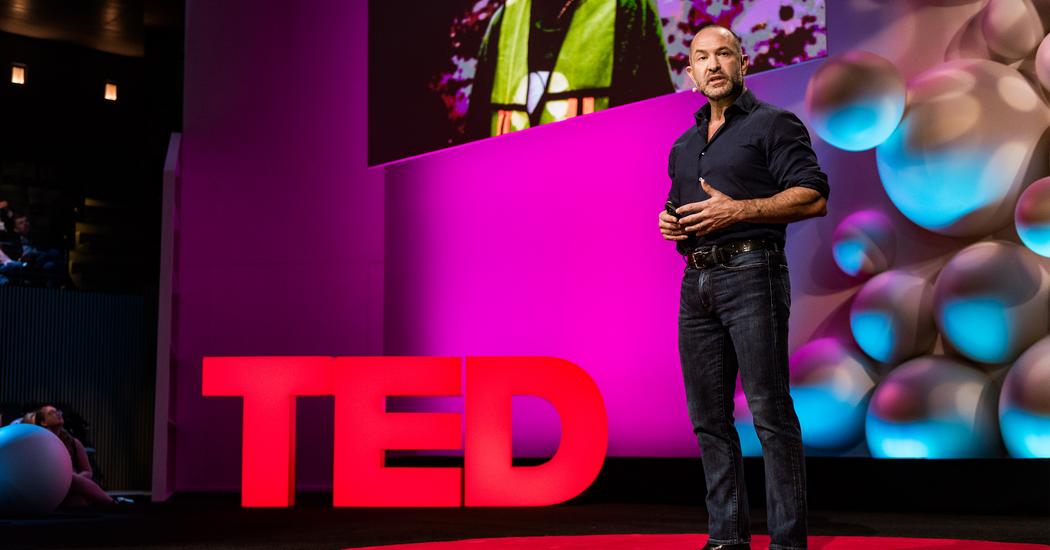 The surprising solution to ocean plastic

Can we solve the problem of ocean plastic pollution and end extreme poverty at the same time? That's the ambitious goal of The Plastic Bank: a worldwide chain of stores where everything from school tuition to cooking fuel and more is available for...

THANKS
I’m sick to see this.

Ya it is a huge waste of money and time. I should have pointed out, the second article I linked to at the very bottom has the author’s opinion of projects that are actually helpful and doing something, not just self promoting and soaking up money.

And more robots to pick up the broken trash Roombas.

I think we should thin the ranks. I have no idea how to implement it, but some selective breeding is in order. Charity begins at home. Well, not my house, although in a sense because there won’t be any more children here at this point.

I’m not surprised. All those pictures of “the Pacific Garbage Patch” are actually stock photos from the coast of Indonesia. (The actual “Garbage Patch” is small particles of plastic, suspended in the water going down many meters, not a thick surface raft.)

Boyan’s scheme is well known to be totally unoriginal, uninformed and useless by actual scientists who study the problem.

This drives me utterly crazy, because as far as I can tell, it’s all premised on a fundamental misunderstanding of the situation created by the lazy misuse of stock photos. When the “Pacific Garbage Patch” became a thing being spoken of by the media, they looked around for stock photos of plastic trash in the ocean, found pictures of, well, this area, the coasts of Indonesia and other South East Asian countries where rafts of plastic trash were being carried by rivers into the ocean, and decided to use those to illustrate the articles. Now when you do an image search, you get nothing but pictures of that area, because of associations with those articles. Except that the “Pacific Garbage Patch” is nothing like that, at all, and readers mistake those stock photos as actual photos of the problem, and started coming up with “solutions” that are totally irrelevant to the situation. Booms work fine (well, moderately ok) for the LA river, to keep trash from going in the ocean, but that doesn’t have ships sailing up it, so it’s not even a solution for where the photos were taken.
What’s really maddening is that people like Boyan (and he’s not alone) did the most superficial research (looking at mislabeled stock photos), came up with a “solution” that would be appropriate for an elementary school student, but never went beyond that, never spoke to anyone who actually studies the issue. Not only that, but everyone who thought it was a great idea and funded it (at the expense of actually researched projects) didn’t do any better. It’s insane.

Pruitt, who has now made the EPA the anti-EPA

So this is how Skynet starts. A trashbot that’s tired of picking up our crap.

Surf's up... and it's filled full of rubbish! Shocking picture shows Indonesia's...

The picture was taken off the coast of Java in Indonesia and shows Indonesia's most famous surfer Dede Suryana surfing through an enormous trash filled wave.

Here’s Where the Ocean’s Trash Comes From

China and the Philippines top the worst offenders' list.

Surfer Paddles Through Ocean of Trash to Show the Devastating Effects of Litter...

From Martha's Vineyard, Massachusetts, to the Maldives, to Los Angeles, Teal saw the ugly litter obstructing nature's beauty, and she decided to do something.

Our Oceans: A Plastic Soup

“Humanity’s plastic footprint is probably more dangerous than its carbon footprint,” said Captain Charles Moore, who, in 1997, discovered the Great Pacific Garbage Patch. Its name is misleading because the huge expanse of floating marine debris is...

These folks are actually doing something, small but a start:
https://www.5gyres.org/science/

Sorry, we’re not going to make IV bags and syringes out of hemp. But ideally we should be putting most medical waste in an incinerator or some other management.

Plastic is about the only thing worthwhile making from petroleum because it is stable and reusable and recyclable and acts as a carbon trap. For the purposes of global warming we should be turning more things into plastic and cease burning it as fuel.

That we’re so terrible at keeping track of little bits of plastic so that they end up in our streams and waterways is really a big problem. But it’s not really a property of plastic, it’s an issue with our waste management.

If we switched to so-called compostable PLA we’d still have the ocean filing up with trash because most of this stuff doesn’t degrade in the ocean at a sufficient rate. It’ll turn brittle and end up in some fish’s stomach, never to be digested. Even if it was made from hemp. Bad we have processes, not bad materials.

Yeah, it used to be that if you did a search for “Pacific gyre” or “Pacific Garbage Patch,” the top results would be a bunch of photos that included distinctively Indonesian boats in them. The results seem to have shifted in the last year or so, but they’re still mostly coastline photos of Indonesia and other parts of Asia. (And still none are actually of the Pacific gyre.)

And his live prototype failed as predicted:

The other thing that drives me crazy about that, is that after the failed prototype, they’re still going ahead with it - and it’s supposed to be funded by the money they make by recycling the plastic they recover. Even if they could recover appreciable amounts of plastic (which they can’t), it’ll be too degraded to be recycled (they’ve been told this), and even if that weren’t the case, the cost of shipping it to a recycling center would cost more than the value. It’s so insane at every level, the whole thing feels like some sort of elaborate scam.

We need drones that can detect and collect trash. Millions of all-terrain and flying Roombas all over the world, picking up after us.

We need drones that can detect and collect trash.

The only way we can solve the problem with drones is if the drones manage to pass sensible legislation covering plastic production and waste, since the existing corporate-controlled mindless automatons known as “legislators” aren’t doing the job.