Wow–thanks for the recommendation! I believe I’ll be purchasing some of his work, but the film isn’t likely to show around Central Florida any time soon.
Reminds me of <a href=https://www.youtube.com/watch?v=vFISDRmkPK4>Memphis Slim a little (although Booker is a touch quicker on the keys): 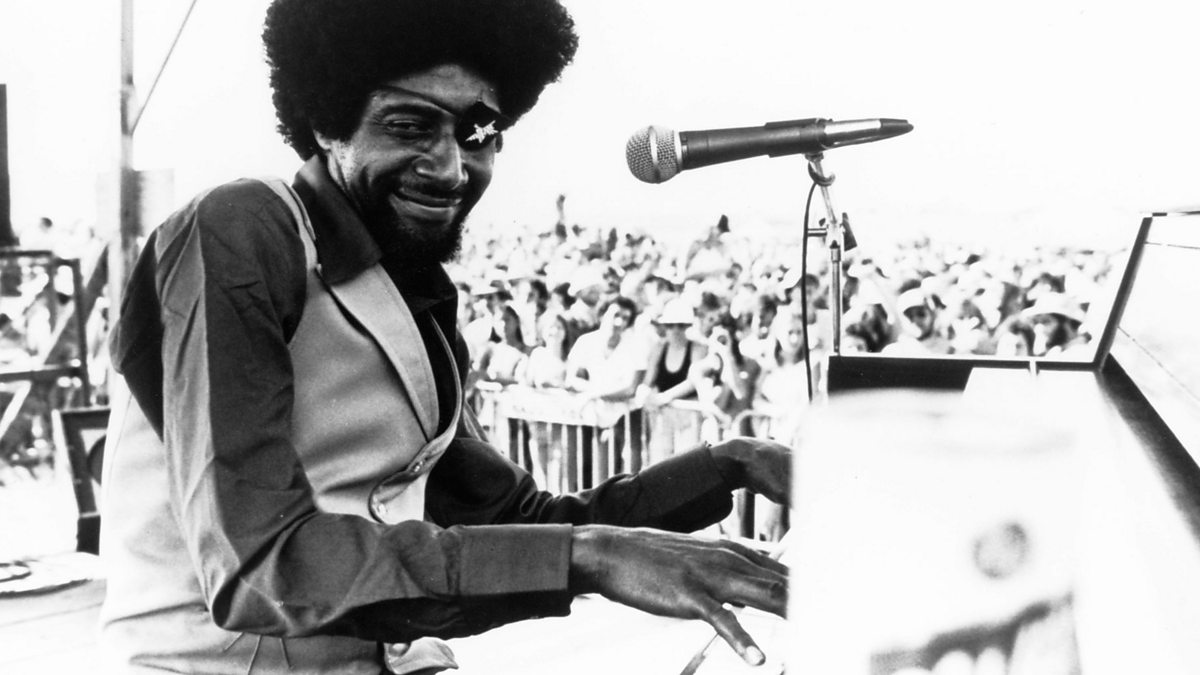 …unfortunately (as you can see at the URL) no longer available for listening. There are probably (ahem) various sites you can find it at, though, if you look…

I went to college in New Orleans - guys like this are just everywhere; we used to go see this one amazing blues guy who’d play in the sleeziest little corner bar, never could get his act together enough to break into the bigger New Orleans scene. They didn’t have a cover but would pass around a bottled water bottle (like a hat). I had a classmate who worked at a record company who got to squire Bono around New Orleans (said he was a nice guy) and that’s where she took him - said Bono stuffed a $100 in the bottle. My guess is it went into the guy’s arm that night. Sadly, it seems to be what makes the best blues players; the right to sing them.

I loved seeing the Tipitina’s shirt on him - if you like this style of piano playing and have not been initiated, Professor Longhair is the tops.This is a great recording of him from the Nice Jazz Festival: http://www.youtube.com/watch?v=PX1vwDe9Z94&list=RDbXZLgJJ7bhQ

Booker was a monster pianist. Just incredible. The first time I heard him on the radio, I knew I had to listen to everything he did I could lay my hands on. There’s a sheet music album of his music and I’ve tried to play his version of “Come Rain or Come Shine.” I stumble and fall but learn a lot every time I go through it. Great musician who never got the acclaim his artistry deserved.

what track is that in the trailer? I looked for quite a while now but couldn’t find anything…

“Get out of here, Dewey. You don’t want no part of this shit.”