I do find myself pretty unconcerned.

There’s already a long and lively discussion on this here:

That said there nothing (other than time and capital) stopping you from starting up your own domain registrar and allowing all the hateful stuff you can handle.

That’s how they will get you to cheer on the introduction of censorship. The greatest trick they will ever pull is to convince you that whatever is being done to you is for your own good.

There’s an answer to this, and it was relevant before the latest hullabaloo about hate speech, since ICANN has been a concern for a long time: https://namecoin.org/

This is not a free speech issue. This is a capitalism issue.

I’m not pointing fingers at BoingBoing, whose contributors have been consistent on open and free internet for years and who have not been big champions of shutting up and doing whatever the rich tell us to. But we’ve been letting those with wealth dictate public policy to us for decades. If anyone is just joining the cause now because shutting up Nazis is the last straw for them, well, it kind of makes me wonder if they are a Nazi.

Exactly. If you allow government to ban murder, who knows what they will ban next?

If they take away my freedom to stab people, next they’ll come for your freedom to cut vegetables. You don’t want to go down that road. #FreedomToUseKnives

When were our platforms for free speech ever not in the hands of a few big corporations?

As someone who has seen the internet before, the prose of the linked article sets every antenna I own twitching; you learn to recognise when someone knows they’re foaming at the mouth, and senses that they need to dial it back for public consumption, but don’t quite possess the ability to do so. That this argument was triggered by the publication of Nazi obscenities doesn’t reassure me.

On the other hand, I’m not in favor of UN black helicopters domain registrars involving themselves in content disputes. That’s such a comprehensively wrong and stupid idea that, if it’s really what the registrar did, the details genuinely don’t matter.

One thing I do know, and wish my fellow nerds would stop being so mulish about: free speech is a social, not a technical question. If you insist that the only way to have it is by outmaneuvring the Man, you will fail, and in the brief window before that happens, you will inflame the exact problems that turn societies against free speech.

Looks to me like people have forgotten a long-established chain of command for content violations and abuse:

And one usually needs to allow ~24-48 hours between steps, because times zones and people sleeping / having other jobs / etc.

Going directly to the domain registrar of a site (especially a social media site that has a well published abuse policy and process!) is a grand high dick move in my book akin to dropping an meteor on a major metropolitan city from orbit because some dude in that city didn’t return your phone call. Especially if you are doing it anonymously. (Have the spine to own your actions!)

Looking at this specific example, I don’t think the registrar has a leg to stand on, unless they are also acting as the hosting provider for Gab, if they chose to fight it. The language in the AUP for their registrar does appear to be overly broad, which does present a problem, sadly.

Am I defending the idiots who started it? Hardly. I’m pointing out the stupidity of complaining to a group that has the least ability to correct the problem without affecting the entire site before complaining to the group that has the best ability to correct the problem. If anything, the registrar’s response to the complainer should have been “go yell at the site owner first, then come talk to us.”

(I.E., Start with a gentle nudge to the person best able to fix it before taking the nuclear option.)

Gab is literally racist twitter created because twitter started banning high profile accounts because their history of abuse towards other members. They also lie a lot.

Hell the frog was chosen specifically to cater to /pol/.

Having read this it sounds like the real story is that Gab is more interested in their profits than moving to other domain options they know do not have these standards.

Gab agreed that Anglin’s post was obscene, but they also felt they really had no option, since registrars have been commandeering domains by force in the aftermath of the crackdown on hate sites.

Gab’s response to this was to release a statement in which they complain that there are no “pro free speech registrars.” If they agreed with the complaint, they could have just dealt with it and moved on. The real issue is that Gab doesn’t prohibit hate speech, and so their site is used by white nationalists and other racists quite a lot. If they consequently feel threatened by their registrar’s power to shut them down, then good. Said power may be dangerous if held too narrowly, but context matters, and what’s happening here is that it’s getting misrepresented.

But it’s not banned by the government. This is legislation by entirely unaccountable entities for reasons they needn’t express, defend, or justify.

When the time comes to defend ourselves from the cruelty of massive monopolies which now own the public space, when it comes time for Amazon workers trapped in those warehouse-hives to organize strikes, and when those attempts fail because, whoops, massive amoral conglomerates decide what’s appropriate speech, I hope lightly annoying a handful of racists idiots will have been worth it.

This is not a free speech issue. This is a capitalism issue.

I’m not pointing fingers at BoingBoing, whose contributors have been consistent on open and free internet for years and who have not been big champions of shutting up and doing whatever the rich tell us to. But we’ve been letting those with wealth dictate public policy to us for decades. If anyone is just joining the cause now because shutting up Nazis is the last straw for them, well, it kind of makes me wonder if they are a Nazi.

This makes sense. My heart does not bleed for the light annoyance of a handful of racist idiots, but if there are to be limits to speech, they can only be decided upon by a democratic process through clear rules that apply to everyone fairly.

This current method, the normalization of those owning the infrastructure having the moral authority to decide what goes through it, just to get at the readership of the Daily Stormer? That’s like trying to get rid of rats by hitting them with rattlesnakes.

Here’s how I see it:

There’s plenty of examples in Europe on limits to free speech that don’t ultimately lead to having to sing the state song, and the people losing their right to criticize the government. So I don’t see why we shouldn’t even talk about it.

Perfectly reasonable. As long as it’s done by the state, I get to vote on it, and the rules are clear and impartially enforced it seems very reasonable.

Threats and calls to violence aren’t even protected by the First Amendment in America so you don’t even have any difficulties there, and there’s hardly a more free speech-y country out there.

But I am entirely against letting the owning class have any more power in this sphere. The owners of the public square infrastructure have too much power as it is and virtual monopolies (or, at best, oligopolies). And what they do to, I don’t know, Richard Spencer today, they will do to activists against them tomorrow.

There is such a thing as voting with your dollar. The internet is just a bunch of services. Mutable, really. I trust that if the current set of registrars were to become oppressive enough, alternatives will quickly spring up.

And, of course, if the banhammer is applies quickly enough you may not even know they are being oppressive. After all, where will you read it?

I trust that if the current set of registrars were to become oppressive enough, alternatives will quickly spring up.

Related to the stick figure cartoon linked by @LapsedPacifist above, I’m a bit skeptical. In the same way that Let’s Encrypt was supposed to solve the problem of the exiting CA infrastructure and we also got this: 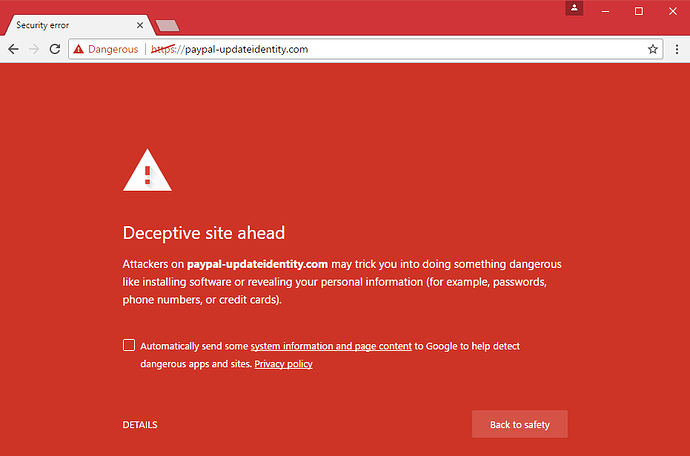 During the past year, Let's Encrypt has issued a total of 15,270 SSL certificates that contained the word "PayPal" in the domain name or the certificate identity. Of these, approximately 14,766 (96.7%) were issued for domains that hosted phishing...

I just find it hard to believe that there is a nerd solution to the greater infrastructure issues. This was also central to the recent EFF post 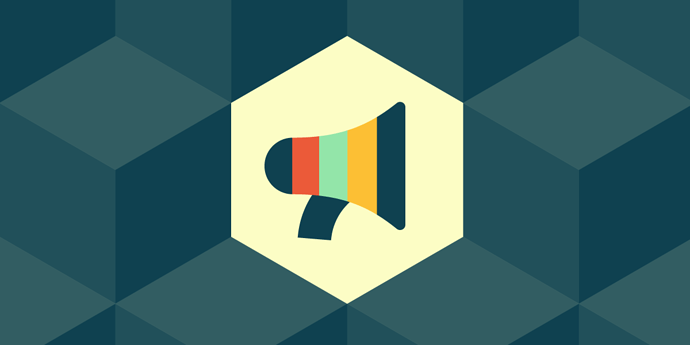 Fighting Neo-Nazis and the Future of Free Expression

In the wake of Charlottesville, both GoDaddy and Google have refused to manage the domain registration for the Daily Stormer, a neo-Nazi website that, in the words of the Southern Poverty Law Center, is “dedicated to spreading anti-Semitism,...

Or alternatives to PayPal and its shady practices?

But it turns out there are hundreds of money transfer alternatives to PayPal. Its a tough business to be in as it becomes either a hard slog to satisfy the Know Your Customer rules and laws in place to deal with tax-avoidance and anti laundering OR a cat and mouse game of trying to evade regulators in every district your customers reside in.

Point being its easier to do some bits of infrastructure than others.