Being inside is better for the cat, as well, as any veterinarian (least of all the two in my family) will tell you. They catch no diseases

Yes! I was worried about toxoplasmosis when we got a cat, but then relived when I heard that’s something cats pick up outdoors. 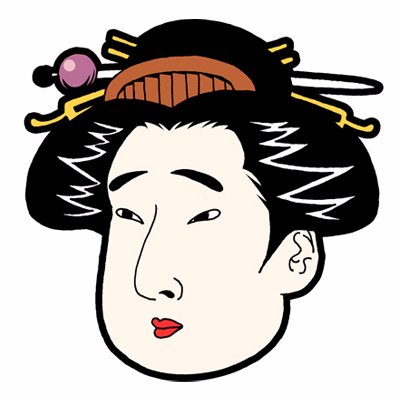 @otakucalendarjp
@puffy_xp Neutered ear is called "Sakura mimi(Sakura ear)" in Japan🐱. Many volunteers do it but it is not enough, many stray cats are breeding. https://t.co/q2L8eGL00c 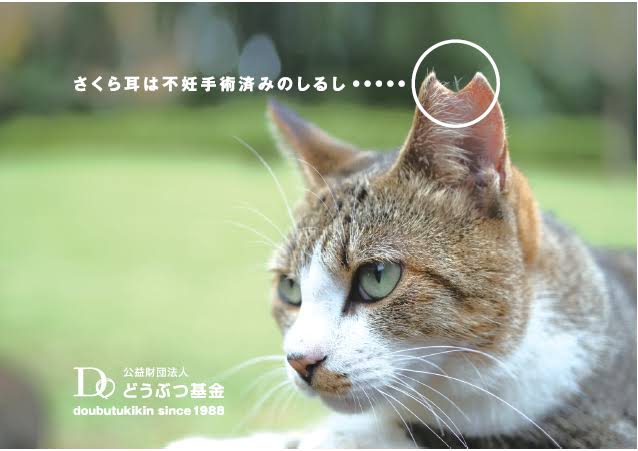 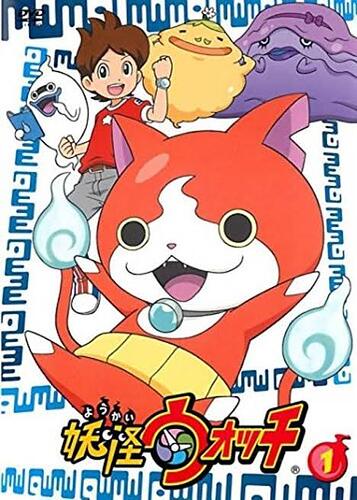 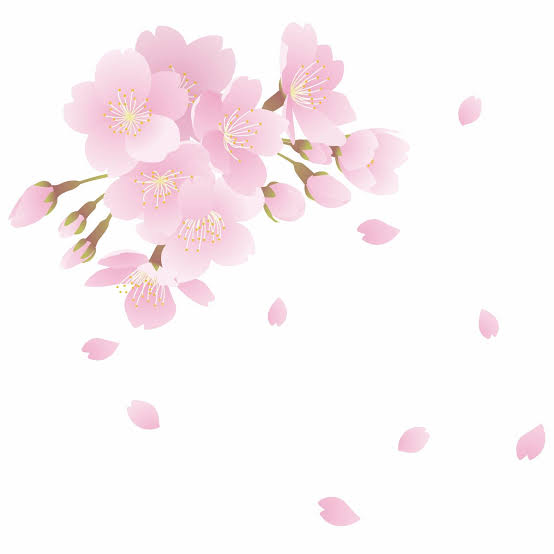 “Is you an invasive species? Yes, you is, so. Invasive, you is.” 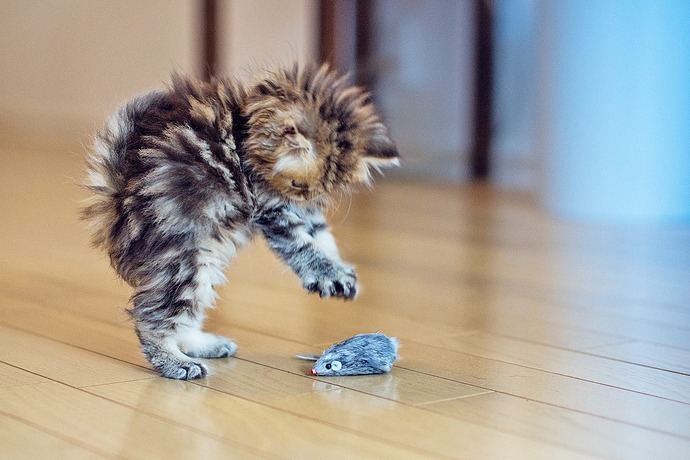 Haven’t domestic cats just replaced the wild cats which were widespread in most areas in the past? Or if not wild cats larger populations of weasels or other mustelids which probably killed just as many birds as domestic cats. I think Felis Catus has just filled a niche which became vacant.

Cats are one thing. Their companion animals are the real problem.

Here’s my one cat study.

We’ve had ferals come and go, go usually means killed by another animal, disease, starvation, frozen, squished by a a car, or one of many other horrible ways to die.

The last 6 years there has been one hanging out almost exclusively in our yard. Before we had a chance to catch her and get her spayed she gave birth to two cats that we knew of. One of those drowned the other hung out in our yard for 3 years until it was attacked by something and needed surgery.

After surgery we found out one of the neighbors was trying to kill him so we brought him inside. It was a long process but it worked out well.

His mom is still outside, my wife is working on it, she’s a bit more wild (the cat) but we have heated shelters for any animals that wander by.

And now on to my one cat study results. Ever since we brought him inside there have been way more bunnies hopping around and way less dead birds, as in zero, to pick up.

I’m also pretty sure he is much happier on the inside without having to stay awake all night to fend off predators, or sick from parasites, or have to worry about a human shooting him.

Get those outdoor kitties spayed and neutered. There are plenty of low cost ways to get it done. We pay around 30 bucks. If you’re not comfortable trapping them there are plenty of TNR organizations that will come and trap them or loan you the traps.

All our kitties were let outdoors my whole life. I’d been considering keeping Twitch inside when he tested + for FIV (kitty HIV), then we had no choice. FIV+ cats’ suppressed immune systems leave them exceptionally vulnerable to infection and illness - the vet said they lose 8 of their 9 lives - but there are no symptoms.

Some dickhead stray beat up our baby & gave him this awful disease.

We took in a young stray in the middle of June, despite FIV’s also being highly contagious. My BF and I talked about it, and he agreed that living w/FIV, but getting fixed, and proper vet and daily care, was a damn sight better than the average street cat’s 2-yr lifespan.

They’re both permanently indoors, and that rule stays in place for the rest of my lifetime. It keeps the birds and cats safe.

More than 100 years ago, the Lyall’s wren was entirely wiped out by a cat named Tibbles in 1894

WOW, just went down Tibbles the cat’s story, and it is truly fascinating!

Some dickhead stray beat up our baby

This happened to one of the stray neighborhood kittens my family adopted when I was a kid. Unfortunately, his injuries were too severe and he didn’t make it.

That was the last cat we owned that was allowed to go outdoors.

I tried to take a few outside while wearing a harness or going for rides with them in a carrier, but most weren’t really enthusiastic. For example, my grandmother’s cat would sit and stare out of the porch window, so I brought her out on the porch to sit on my lap or roam around (the harness had a long leash). She wanted to go back inside after a few minutes. I stopped after she had the same reaction a few times, so she went back to watching the world (and other cats) through the window.

Her “boyfriend” would occasionally visit the porch, and they would sit at the window…

…no, not like that! Just nose-to-nose, with tails swaying.

Haven’t domestic cats just replaced the wild cats which were widespread in most areas in the past?

One big difference is that any wild predator will either eventually find itself in some kind of ecological balance with its environment or die of starvation, because once the population of prey species dips below a certain level there isn’t enough food to support a bunch of predators anymore.

But with domestic cats you have a situation where they can theoretically keep killing and killing until native prey species go extinct entirely because a cat that gets fed by its human owners isn’t at risk of starvation when the number of birds starts dwindling.

they can theoretically keep killing and killing until native prey species go extinct entirely because a cat that gets fed by its human owners isn’t at risk of starvation when the number of birds starts dwindling.

This is the part that a lot of folks overlook. Some cats will kill and eat outside, and then come inside and act like they haven’t eaten all day. Others might kill or maim their prey without eating it, so owners who never see dead animals around don’t realize their cats are doing that. I still remember playing outside with cats and rescuing small critters they decided to toy with, and it wasn’t pretty.

I like cats, they’re super cute - but I’ve always struggled to understand why they’re the only pet that gets a pass when it comes to their owner being responsible for it. They open their front door, say goodbye kitty and it goes out to kill wildlife and poo on the neighbours gardens. It’s kind of weird. I spend half my day chasing neighbourhood cats away from bird feeders and digging up plants.

Yeah, it seems like if you want your cat to have outdoors time (reasonable enough IMO), the best solutions are having a spacious “cat cage” or “catio” in your yard if you have one, or putting a harness and leash on the cat and going on walks with them.

Some cats will kill and eat outside, and then come inside and act like they haven’t eaten all day. Others might kill or maim their prey with

Granted, other cats eat inside, stay inside, and act like they haven’t eaten all day.

I was with you until this. It isn’t true and a cat owner absolutely must take care of their cat. Every single cat owner I know does this. People who really don’t want pets either don’t get pets or shouldn’t get pets. Full stop. This idea that a cat requires less effort on the part of an owner is bullshit. They don’t need walkies the way a dog does, but they need love, attention, good food, water, clean living spaces, and vet care. They need a different kind of effort than dogs. Yes, I am a cat owner who cares a lot about my cats. But no pet, cat or otherwise, should have to settle for indifferent owners.

the best solutions are having a spacious “cat cage” or “catio” in your yard if you have one, or putting a harness and leash on the cat and going on walks with them.

I want a catio and a cat stroller. Settling for attempting leash training for now. I wish I’d done that when the cats were young.

Haven’t domestic cats just replaced the wild cats which were widespread in most areas in the past?

The world was not at any point full of small wild cats. They were domesticated (we think) from a specific species of forest cat that lived in a particular region of the Middle East (some say specifically Cyprus). However it was probably around 12,000 years ago, so these things are hard to be sure about.

Suffice it to say that domestic house cats have been around pretty much as long as stable human settlement. However, nowhere close to the global widespread numbers we have now. This is new, and is why the birds are under assault.

But with domestic cats you have a situation where they can theoretically keep killing and killing until native prey species go extinct entirely because a cat that gets fed by its human owners isn’t at risk of starvation when the number of birds starts dwindling.

Even feral domestic cats are not killing to eat. The human world is full of garbage, food, and people who feed stray cats.

To lighten the mood a little, I must point out that this is also an invasive species: 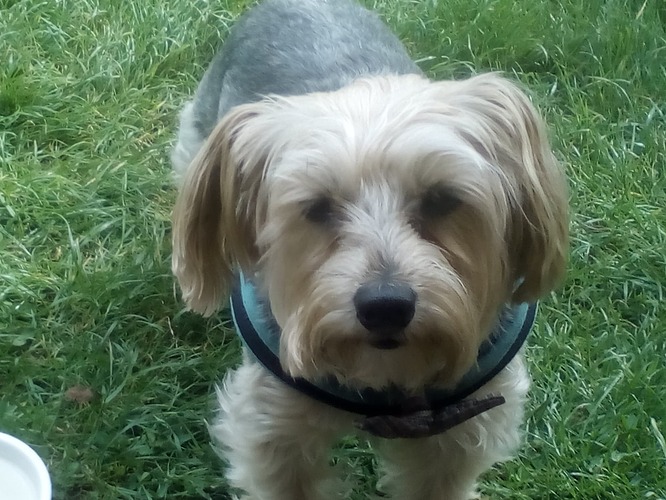 There is nothing this tiny prick will not invade, be it someone else’s shopping bag, the laundry basket, any number of bloody things that would be off-limits to a polite pup.