Dune and The Batman each delayed for a year

With No New Films, Regal Cinemas Shuts Down Again

Cineworld, the parent company of the second largest chain in the U.S., is closing all its theaters in the country, as studios keep postponing releases and audiences remain reluctant to return to the movies.

And in the UK 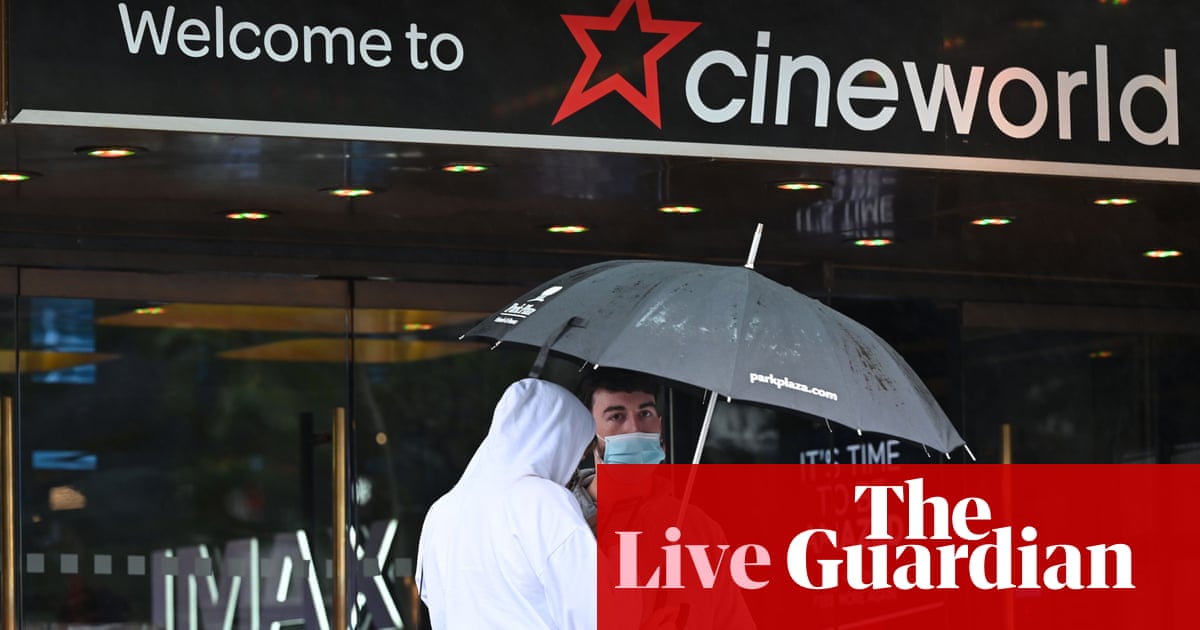 Rolling coverage of the latest economic and financial news

I guess when even the title of your movie is warning the audience off, it’s pretty obvious what the right thing to do is.

I’m going to have to wait until 2022 to learn Batman’s origin story?

Movies are dying folks. The pandemic is simply hastening the end of the cinaplex and chains. Streaming movies are the future. Enola Holmes was charming and delightful, check it out when you get a chance (still didn’t buy Cavil as her big brother, Sherlock, but he put in a competent enough performance that he didn’t detract from the real star of the show, Millie Bobby Brown).

Makes sense. And honestly…its sad we are getting more rational and thoughtful decision making (even if not altruistic) from the film industry than from the Oval Office.

Enola Holmes was charming and delightful, check it out when you get a chance (still didn’t buy Cavil as her big brother, Sherlock, but he put in a competent enough performance that he didn’t detract from the real star of the show, Millie Bobby Brown).

i loved it, and thought that they were the two best things about it. (who doesn’t love a period romp?) i also really liked the addition of a Holmes detective character who had an emotional life. Millie Bobby Brown was a lot of fun.

but back on topic, dammit, i’m so bummed about Dune being delayed. it was the only thing that would’ve made me go to a theater in 2020.

Did we really need more big budget Batman and Dune movies? Seems like they could have made something new.

{facepalm} That’s right. I always forget this is about making money and not genuinely interesting movies.

Not everything in modern America sucks.

I actually like going to see movies on the big screen, preferably at a local theater with nice seats and allows you to take cocktails into the movie (The Manor Theatre in Squirrel Hill, Pittsburgh)

Tenant was a mind job.

I don’t want to see everything reduced to fucking Netflix. I want theatres to survive!

This sucks. Theaters have been dying for a while now, and I wish studios would just admit it and adapt. There is little reason to go to a theatre, when I’ve got a large screen, comfy seats, any food and booze I care to have, and no screaming kids or idiots on cell phones. They’ll always be around, because nostalgia, but the idea that the days of the gigantic multiplex with sticky floors and $15 popcorn are numbered does not faze me in the least.

Also, “Dune and the Batman” sounds like a crappy morning radio show. Which also still exist, for some reason.

I’m somewhat ashamed to admit this but I like movie theatre popcorn better than what I make at home. This includes the mysterious yellow liquid labelled “butter” and the half a container of orange cheese flavored powder that I put on it.

Could I buy supplies and a different type of popcorn popper to make this at home? Yes but are you trying to kill me???

I like going to movies, but really it only happens about 3 times/year. The last one I saw was Parasite, just before the lockdown. I am in no rush to see another.

Yeah, I’m bummed about it, too. I’m one of the few geeks I know whose never made it through the book, and that 1984 feature… bleck, I can’t stand it. This one looked kinda promising and I’ve been excited at the possibility to finally “get” Dune after all these years.

(sits with a bowel of popcorn reading your comment off the screen of my internet connected 64" 4k with the digital Dolby surround sound system). Do go on…

I’ve never said everything sucks. I’ve said theaters are a dying form of entertainment. This has been true for a while now. Prices are getting far too exorbitant for people to justify anything but the most blockbuster of films. The number of smaller, independent movies that can “make it” are shrinking as we get four, five, seven comic book action films a year, not to mention take 29 of the Fast and the Furious series, and another Star Wars/Star Trek/Star Something movie. And in order to justify those prices, theaters are having to add better seats, better sound systems, which only ramps up the prices more.

And that’s not even getting into the lack of any real competition, the slim profits chains make on the movies themselves, the weird financial structure of the movie industry, or the recent ruling that gutted the Paramount rule which definitely puts notice on independent chains that their days could be seriously numbered. It is a terrible time to be running a movie theater chain, or expanding one (sorry Alamo, but the truth is the truth).

Meanwhile, millions of us have realized we can get pretty much the same quality in our homes on our 64" screens with our Dolby surround sound systems, AND watch a ton of other things too, all while sitting on our own comfortable sofas eating our own food for free. The outlay for a home setup is not that much these days, and we get movie theater quality experience with absolutely none of the hassles.

We are at the end of the cineplex era. When chains are adding meals and alcohol to entice people in, you are seeing the final nail in an entertainment service that no longer makes economic sense for most Americans, particularly in the middle of a pandemic with no evidence that it’s going to end anytime until possibly early next year at best.

Meanwhile, millions of us have realized we can get pretty much the same quality in our homes on our 64" screens with our Dolby surround sound systems, AND watch a ton of other things too, all while sitting on our own comfortable sofas eating our own food for free.

I think you are from a smaller group of wealthier people than most of us.

I have a “piggy bank” and the money I put in is used to go at movie theatres , or even live performance, live concerts, and sometimes even opera.

In the seventies there were a lot more movie theatres than today, for sure, now a lot less are open, but the idea to wath a film outside is different than to see it on the telly.

I could cook and have a decent kitchen but sometimes I go to eat in the pizza parlor downstairs, to make something different, it’s the same thing

Nah. My whole setup cost under $400 It’s not expensive these days to have a big screen and surround sound. I don’t have 4K though, that was just for exaggeration. Sorry, should have stuck to facts instead of hyperbole.

d I’ve been excited at the possibility to finally “get” Dune after all these years.

I recommended checking out the 2000 mini series the scifi channel put out. It does a pretty decent job with the adaptation making it for a broader audience. 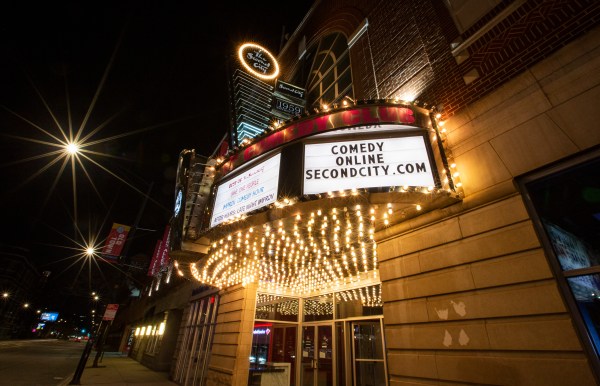 Chicago's The Second City Is For Sale

Comedy institution The Second City is going up for sale, according to a report by Variety, as the coronavirus pandemic continues to take a damaging toll on performing arts in Chicago and around the world.