“4. A nude female corpse is allowable, of course.”

A nude female corpse is allowable, of course.

Well of course. It’s not like we’re Puritans or anything.

Similes about breasts would be okay, right?

1 How beautiful are thy feet with shoes, O prince’s daughter! the joints of thy thighs are like jewels, the work of the hands of a cunning workman.
2 Thy navel is like a round goblet, which wanteth not liquor: thy belly is like an heap of wheat set about with lilies.
3 Thy two breasts are like two young roes that are twins.
4 Thy neck is as a tower of ivory; thine eyes like the fishpools in Heshbon, by the gate of Bathrabbim: thy nose is as the tower of Lebanon which looketh toward Damascus.
5 Thine head upon thee is like Carmel, and the hair of thine head like purple; the king is held in the galleries.
6 How fair and how pleasant art thou, O love, for delights!
7 This thy stature is like to a palm tree, and thy breasts to clusters of grapes.
Song of Solomon 7:1-7, KJV

That could be the editorial guidelines for the entire Spicy line-up, they had a pulp for just about Spicy everything, although they missed Spicy Fantasy Stories and Spicy Zeppelin Stories, alas. Of course, Spicy Detective was the stomping grounds of Dan Turner, Hollywood Detective, created by Robert Leslie Bellem, a prodigious wordsmith, and Turner was the protagonist of possibly the slangiest pulp stories ever written, and somewhat tongue-in-cheek.

Dan Turner, also known as the Hollywood Detective, was a fictional private detective created by Robert Leslie Bellem. His first appearance was in the second issue of the pulp magazine Spicy Detective, dated June 1934, and he continued to appear regularly in that magazine (which was retitled Speed Detective in 1943) until its demise in February 1947. He also appeared in his "own" magazine, Hollywood Detective, which was published by Culture Publications (later Trojan Publishing) and ran from Janua...

Here’s a story from Spicy Detective. 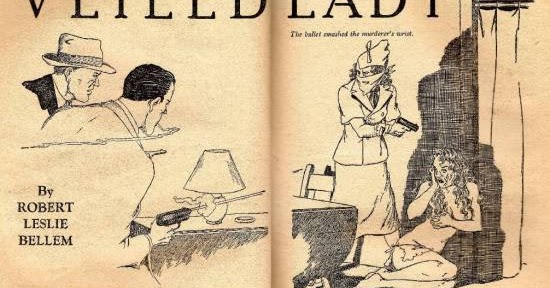 It would seem that at least a zillion adventures of Dan Turner, Hollywood Detective have been reprinted over the past forty-odd years. Bu...

It reminds me of Guy Noir.

In other words, be creative.

It was a sultry night in the City of Angels, the kind of night where the sweat clung to you like a neurotic lover. Detective Mike Drillbit glanced down at the burrito he was eating, Something wasn’t right.

Sure, he’d played fast and loose with street food before. In this job, who hadn’t? But there was more going on tonight than just bad carne. This was new, something he’d not seen before. 30 years on the force gave you the stomach lining of an ox and the sort of tastebuds that could call a coin-flip at twenty paces. And they never, ever lied.

He’d bought the burrito from Eduardo, down on the West Side. A low joint where a man could get a feed without too many questions and where the salsa was as thick as your head after a three day bender. Eduardo wasn’t the type to mess with the seasoning like the fancy upscale taquerías, someone was sending a message. Or a warning.

Drillbit took another bite. Yeah, there it was. Down in the basement of the black beans, a light zesty note that cut through the drone of the beans the way a dame screaming in the night cuts through the roar of the traffic. This meant trouble…

Yea, but she still had some diaphanous shreds on. You can tell.

Those are hardly the most freudian of ads.

I find Spicy Blimp Tales more to my liking --the story-arcs seem less…forced. 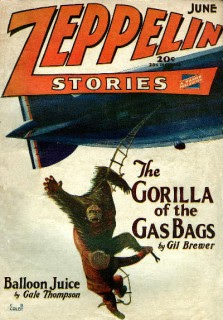 The following is an expanded version of my essay in Incognito #6, the last issue in the wonderful pulp-supers-noir comic by Ed Brubaker and...

I was going to comment on this thread, only to see I already had…

I recall reading, somewhere, some of the Editorial Guidelines for Street and Smith who produced The Shadow Pulps along with many others. They actually were less tawdry and scandalous than many of the pulps. They also discouraged villianizing ethnicities and other countries. Though they still had stereotypes and language we would deem as inappropriate today.

For anyone keeping score, I now have all but ~ the last 20 of the pulp reprints of The Shadow! I found two stores that sold them at considerable discounts. The person who was producing them had their license pulled*, so I figured I better snatch them up before they became scarce. I am thinking the print runs on theses were not really that much.

*Conde Nast seemed to pulled all of their Shadow licenses. Are they looking to sell the property?