There, I fixed it for you

Some interest in tai chi, for likely similar reasons. The effectiveness of Tai Chi for short-term cognitive function improvement in the early stages of dementia in the elderly: a systematic literature review

About Dance for PD®

Dance for PD® offers internationally-acclaimed dance classes for people with Parkinson’s disease in Brooklyn, New York and, through our network of partners and associates, in more than 300 other communities in 25 countries. In Dance for PD® classes, participants are empowered to explore movement and music in ways that are refreshing, enjoyable, stimulating and creative. Launched as a non-profit collaboration between the Mark Morris Dance Group and the Brooklyn Parkinson Group, the Dance for PD® program also provides teacher training, creates innovative instructional media, and nurtures relationships among other organizations so that classes based on our model are widely available. Evidence from 38 peer-reviewed scientific studies serves to underpin the effectiveness and benefits of the Dance for PD teaching practice. Learn more.
En Español | на Русском | 中文

“ Dance for PD® is a hands-down success. It’s one of the most important programs for Parkinson’s disease in the country. ”
–Mary Ellen Thibodeau, RN
RI Chapter of the American Parkinson Disease Association

This is another reason to practice Balkan line dance & Jewish dance too! Simple-to-complex repetitive motions, ever-increasing levels of subtlety, with the added bonus of socializing with other dance nerds, & learning more about culture; plus great music! I look forward to resuming it post-pandemic.

Makes me wonder what its equivalent of MAX.(period) is… 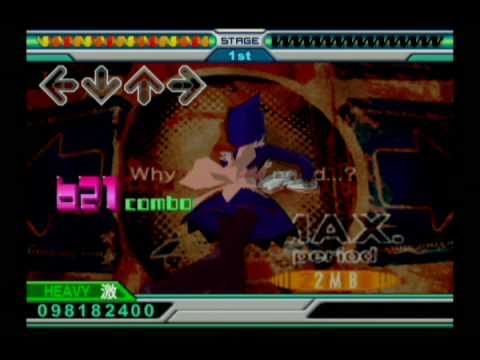 Whole body movement of any kind has been shown to be beneficial for Parkinson’s patients. A friend who had Parkinson’s would exhibit shaking until he stepped onto the aikido mat for practice. That dancing would be good for dementia would follow from the fact that playing music for those with senile dementia restores some mental capacity for them too. The videos of nonresponsive elders immediately livening up on hearing the music they once loved is remarkable. There is also a video of a former ballerina in a wheelchair following along with a video of herself performing Swan Lake with similar movements.

Dementia is a cruel, cruel disease, and if this helps, I’m in favor!

I’ve heard of some people with Parkinson’s have significant problems walking, but cycling was easy.

So are you saying is that gabber is good for my brain?

I can’t help but feel a bit sad at how sterile that demo is. I wonder what would happen if it were more age appropriate, think a vintage-themed DDR, with more callbacks to things they connect to, with matching music. The increased motivation and chance to make it more play might lead to much more significant results for the patients.

“Hey, when’s it my turn for the arcade machine?”

I was wondering what treatment the researchers required. #butthatheadline

I would imagine the demo’s so simplistic just so that they can measure the effect of the dancing itself, and not all the other callback elements.

True, but by only focusing on the dancing, itself, you miss much of the interaction benefit, which may even be greater than the mechanical task, itself.
I honestly think the real motivation would be the development resources required to create such a thing, versus getting an MVP out for testing. Lower bar for this proof-of-concept. However, I’ve seen a lot of work where there’s an impressive initial idea with no follow-through.