In the UK Amazon were reported to be working on the 'inside locked home
option a year ago.

The current delivery solution that UPS/USPS/Fedex do of putting a package in front of door, ringing the bell, and driving-off is really lower-colon-level service on the last mile.

And all of these solutions sound like Just Another Vector For Assfucking Customers (JAVRAC) coupled with a whole 'nother level of corporate snooping into the private lives of all of us.

“Oh we need access to your license plate, insurance, DL#, and VIN. And we want to take pictures, brand check your cupboards, and take air quality samples of the inside of your house when delivering when you are not home” in the finest of EULA print available.

Sure wish they’d just put up more Amazon lockers. I used them when I lived in Silicon Valley and they were slick as snot.

I could just have it delivered to a gas station by my work - pop open the locker and there was my package. And you could make returns there too if I’m not mistaken… 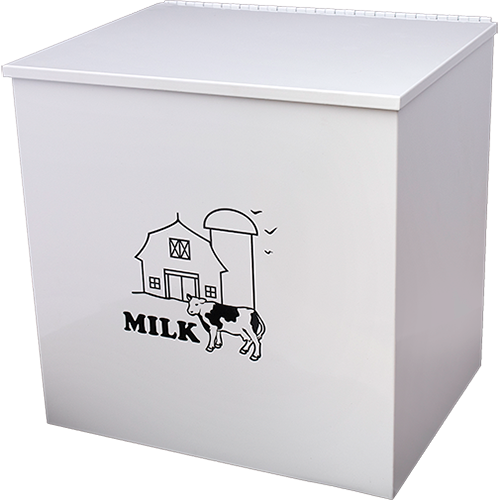 That will be 1 billion dollars in VC money, please!

During the first dotcom boom a company named streamline delivered groceries and other things (dry cleaning, developed film, and other bits).

They installed an outdoors locking refrigerator, it was more of a combo fridge & shed. Because it was during the boom they ate the cost of this expensive thing expecting to earn it back over the lifetime of the customer. Streamline’s delivery service could open it & the customer could as well.

It seemed like a valuable service, but they went bankrupt between the time they started to service my address & I requested an install, and whenever the install date would actually have been.

The dotcom burst killed a lot of interesting maybe viable services, along with many non-viable ones.

A Whole Foods in South Austin already has one that you can have you’re Amazon packages sent to; it was there within like a week of Amazon announcing their buying of WF. I don’t know if they accept non-Amazon packages for a fee, but that kind of thing, an external locker mail room seems like the most non-invasive solution, as long as it isn’t limited to Amazon deliveries.

The Amazon lockers are awesome and plentiful here in Seattle. Some of the only drawbacks are it has to be an Amazon fulfilled item, so typically only things marked Prime. I buy a lot of used books so those sellers have to send to my door still. I live in an active porch pirate zone so another drawback to the lockers is limited space. If they try to deliver to the locker but it’s full, the tracking updates to “refused, will attempt redelivery”. This is of course a bigger problem at the holidays as everyone uses the locker. It’s common for the delivery date to push out 2-3 days, so keep that in mind if you’re dead set on Prime 2-day delivery but it has to go to a locker.

Thankfully, I live in a place where this a working solution: 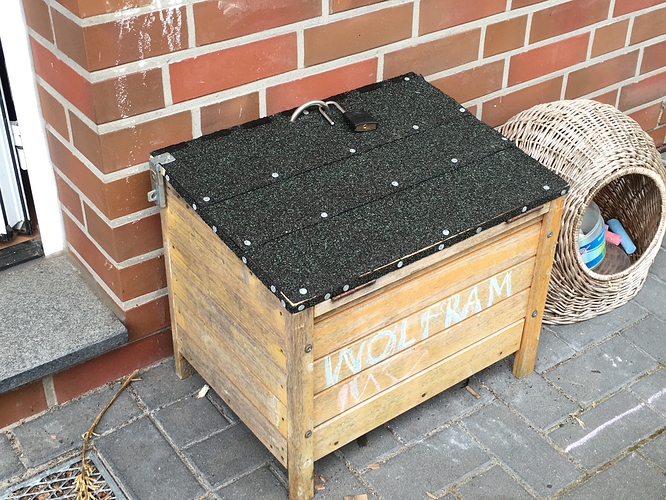 Also: Our company has one of those on the grounds. Only DHL, but one of Amazon’s biggest partners and basically the default service in Germany. 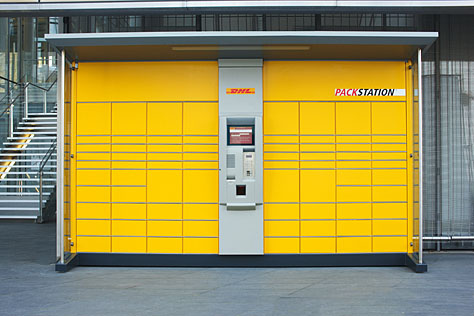 /pie on window sill absconded with a la hobo

Those are unlocked, I assume? While my own solution doesn’t offer any real protection against a determined attacker with tool, it’s a better deterrent than an open box.

Add a smart padlock/keypad system or go high-tech with some IOT-based locking mechanism. Just obscuring the obvious signs of a delivery by putting the package into a box will deter most opportunistic pilfering though.

We kept a milk box on our porch for years after we stopped getting regular milk service just for package deliveries.

Just works. I get a text when a package has arrived, with a TAN to open the box. The box I have stuff sent to is on my way between home and work, so no extra driving somewhere else. You get to choose which box you want to use.

I have an expensive package coming this week so that mean I work from home while staring at the security camera while refreshing the shipping tracking page.

I also may consider just working from my front stoop. 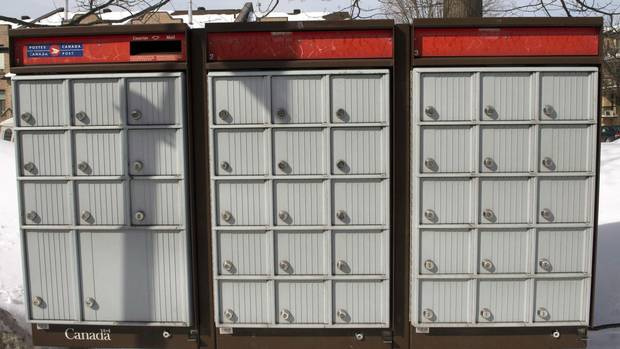 Package thieving caught on home security cameras is fodder for the local evening news shows. An awful lot of the thieves seem to be women. Not strung out junkies driving trash cars, to judge from the footage.

A few days ago I took advantage of Walmart’s “deliver to a local store” option for delivery of a couple of pieces of flat-pack furniture I ordered through their website.

Walmart has a grocery-only “market” a couple of miles up the road. I don’t think I’d been there more than half a dozen times in the five years (?) since they opened, but I knew where the place was and they were open late.

I’d do something like this again, but preferably not from Wal-Mart . . . they just happened to have the end tables I was looking for. 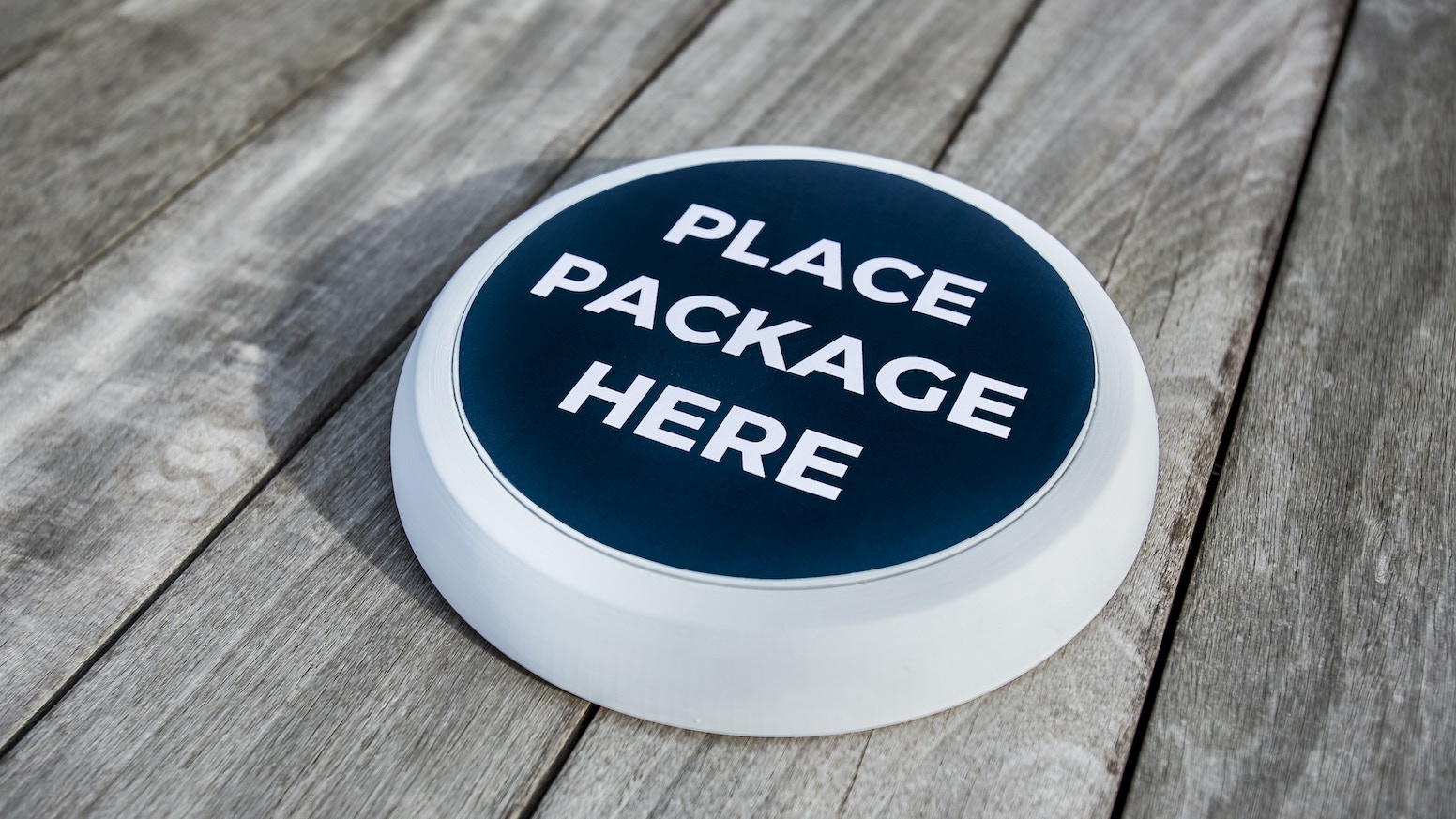 The Package Guard protects your delivered and unattended packages from thieves.

Depends. Around Christmas, it overruns and packages get rerouted. Sometimes to stations three km away, with is annoying when you ride a bicycle and a deal breaker when you work. And DHL isn’t aware that their own box isn’t accessible during Saturdays and doesn’t read notes to that effect as provided by amazon. So sometimes they reroute for that, too. I’ve been making sure that I don’t order Friday morning, so that packages can’t arrive on Saturday.

Why don’t you request personal delivery? Apple Germany instructs their delivery companies only to deliver to a person of the household. Not a neighbor. Not a box. Same when I buy commemorative coins: Personal delivery only.

Why don’t you request personal delivery?

It’s a house so there is less chance of it being delivered to a neighbor. It’s just we have had people follow delivery trucks and steal packaged off of our front step and while I can deal with something I bought for $20 on amazon and amazon fixes it. It’s harder to deal with when it’s expensive.

So, several hours of watching things carefully while waiting for delivery.