Everyone hates the Yugo, except these people who love it

more than the Gremlin or the Thing?

I think the AMC Pacer was more hated than the Gremlin. The Gremlin was just a cut-off Hornet.

I had an X19 when I was in college, and that tiny underpowered motor was fine in a car the size of a golf cart and low as a chaise lounge, and with the motor amidships right behind you one could and did get into all kinds of trouble with that car.

Consumer Reports hated it too, writing “it’s hard to recommend at any price”. Harsh.

The Yugo has a pretty weird history. It was brought to America by a guy named Malcolm Bricklin - the same guy that brought Subaru to America in the 1960s. In the 1970s he launched a safety-focused sports car called the Bricklin SV1.

I lived in Hungary in '89, just before the Berlin Wall came down, and Budapest was littered was Polski Fiats

with their teeny-tiny hoods. My understanding was that there were no emissions controls, so they could use awful gasoline, and even these tiny engines could thereby make it up the Buda hills.

The air there was foul. The buildings were all dark gray. I got there end of January and the Sun didn’t come out for a month. When flocks of birds took off you could watch the dust on the ground disperse under the turbulence of their wings. When it rained you could ski down Bimbo* St. on your sneakers, sliding in the ground smog slurry. What a time to be alive!

Oh yeah the Polski Fiats. I saw one with big Matchbox stickers on it. One time I saw a Western car with a normal-size hood, and a bunch of Hungarians standing around admiring it. One time three of us tried to pick up a Polski Fiat. Looking now, they were apparently ~1300lb, so I’m sure we didn’t actually get it off the ground but it sure moved!

The Yugo did ok in the UK, but then it was in direct competition with the Austin(/MG/Rover) Metro, which was an British made pile of shit.

(My last car was a Peugeot 206 which was on it’s last legs when I got rid of it. I managed to get £60 from the scrap man, which was just under what it cost to fill the tank with petrol. So I truly had a car that doubled in value when I filled it up. Although, come to think of it, I should have drained the fuel tank before I got rid of it)

The Yugo did ok in the UK

Yeah, 0-60 was slow, but between the short gearing and light body 0-10 was startling.

I have a real fondness for these cars: after my 127 was murdered I leased a 131 from a knacker’s yard (called Speedy’s Spare’s, complete with apo’strophe’s), and when I returned to the states I had a Strada (Ritmo in Europe), and finally graduated to an Alfa Spider. However, you either need a mechanic who really knows these cars, or a willingness to become a dedicated hobbyist, as there are a million ways to screw them up doing things which would be common sense in any other car.

I had to pause and translate “Lemmons Rallies”. In Australia they have a different name.

SA farmers Andrew Wilks and Rohan Giles are about to take on the 4,000km of road between Alice Springs and the Gold Coast in an old wreck barely fit to bash a paddock. It may sound funny, but there's a poignant reason behind the trip.

ETA: Favourite quote from the article “The 4,000km journey is decidedly a rally rather than a race. Participants travel in groups and help each other out when a shitbox malfunctions.”

My Mother bought a Lada, brand new in about 1983, figuring she was getting a brand new car for less than the price of a second hand one, so what could go wrong?

Heh, nice. In what country?

ohhh, yeah – i forgot about the Pacer.

Furry Coopertom made a Yogo dealership in VRChat and made this wonderful commercial:

Yes, he owns a Yugo… actually probably too many cars including a Delorean.

Being from Michigan I can’t help but associate the Yugo to the lady blown over the side of Mackinac Bridge to her death by the wind. 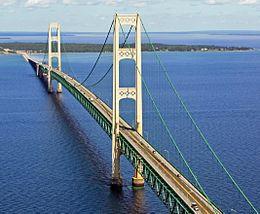 Remember the woman in the Yugo?

With summer vacations just about to take off in the state of Michigan, many families are planning trips up north and over the Mackinac Bridge.

I’ll always have a bit of a soft spot for Yugos. We had a used Yugo for a lot of my early childhood. It was a big step up from my parents’ first car.

In the movie Drowning Mona, which included among others Bette Midler, Danny DeVito, and Jamie Lee Curtis, everyone in town drives a Yugo and there are plenty of other Yugo references including repair shops and dealers.