Everything is miscellaneous: why publishing needs tagging

This seems like a solution for a problem that most people don’t have.

On the one hand, I agree - like music or games, being able to assign multiple descriptive tags would be great.

On the other hand, as a former employee of a bookshop, GTFO!

but also, this would only have been of value to 2-3% of customers (eg pedantic geeks). Most of them wanted a definite & clearly delineated section to look through (or were looking for a book their friend told them about, don’t remember who wrote it or what it was called, but I think it was blue? What do you mean, you don’t know what it is? /silent retrospective rage)

Oh I dunno about that. A few of my favorite writers cross genre lines a lot - so much so that I have to search “horror” for Clive Barker, and then search “fantasy,” and a book or two might even be in “YA” or “syfy.” And then general fiction.

I have to search “horror” for Clive Barker, and then search “fantasy,” and a book or two might even be in “YA” or “syfy.” Also, general fiction.

You know that we did things like that just to fuck with you, yeah? 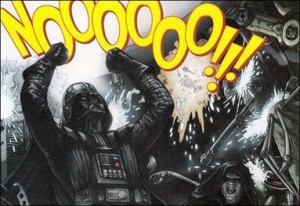 I remember being introduced to the library as a child. Someone was explaining the system “history books here, science books there, [etc]…”. At which point I asked something like which section would the history of science be in. Even at 6 or 7 years old I could see the limitations of hierarchies. Bookstores are worse, they have some delineated sections but a lot of the books are just tossed in random piles.

Luckily Google search works pretty well even if books aren’t explicitly tagged, it’s quick and easy to find them on Amazon, and they can often have it delivered quicker than I could get to the bookstore and back.

Pretty useful. I am all for. In more areas, too, please.

Folksonomy is the system in which users apply public tags to online items, typically to aid them in re-finding those items. This can give rise to a classification system based on those tags and their frequencies, in contrast to a taxonomic classification specified by the owners of the content when it is published. This practice is also known as collaborative tagging, social classification, social indexing, and social tagging. Folksonomy was originally "the result of personal free tagg The term wa...

Agreed, the BISAC subject headings and the Thema subjects are a quite limited. But on the other hand…
I just did an online catalogue search of my local public library for Kameron Hurley’s novel, “Rapture”. It’s catalogued under the following subjects:

I can search under any of these subjects to get a useful list of books similarly ‘tagged’.
That being the case, is this article an example of re-inventing the wheel, or does the hash tag add functionality that existing cataloguing standards [^1] haven’t yet implemented? GoodReads already has a folksonomy tagging system for its books where readers choose their own tags which are then ranked according to popularity. Rapture has 331 tags there (only 6 of which have more than 10 users each). I’m not convinced this is much more useful than the 7 library subjects above, though, since the most popular tags include general ones like ‘to-read’ and ‘fiction’.
[^1]: standards such as Resource_Description_and_Access (RDA)

One of my favorite library catalog features (which unfortunately isn’t widely implemented) is “browse shelf”. Of course, the notion of shelving books by subject matter is somewhat passe. 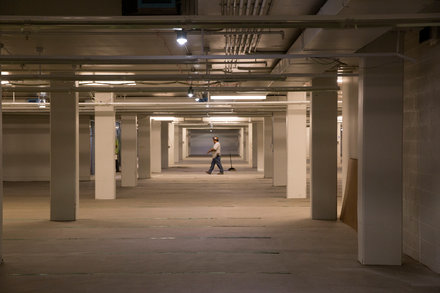 Beneath New York Public Library, Shelving Its Past for High-Tech Research Stacks

After abandoning a much-criticized plan to move most of its research books to New Jersey, the library is creating a new storage and retrieval system under Bryant Park.

To fit all the books in the allotted space, the library will have to abandon its version of the Dewey Decimal System, in which shelving is organized by subject, in favor of a new “high-density” protocol in which all that matters is size.

Books will be stacked by height and tracked by bar code rather than by a subject-based system, making for some odd bookfellows. “Best Food Writing 2013,” edited by Holly Hughes, for example, will be stored next to “War Dog: The No-Man’s Land Puppy Who Took to the Skies,” by Damien Lewis; and “Old Romanian Fairy Tales,” translated by Mirela Roznoveanu, will sit beside “The Hot Dog Companion: A Connoisseur’s Guide to the Food We Love,” by David Graulich.

Write a browser extension that writes to a database on some server and have the extension place tags on the pages of major bookseller websites for books when it can identify them.

Bookstores are worse, they have some delineated sections but a lot of the books are just tossed in random piles

I knew of a Books-a-Million that used to put its books in categories, but then not order within the categories. They could look it up on the computer, but all they could tell you was that it was in there, somewhere.

I applied for a job at this particular store, but didn’t get it. Shortly afterward, a friend told me that a friend of his had just gotten hired there, so if there was any book I wanted, let him know because his friend could steal it for me.

Could the books be datamined? Many come in form of machine-parseable epub/mobi/pdf, the rest can be at least subjected to OCR.

Are there special subject-subject relations specific to the sub-genres, or special words or sentence constructions that could be inferred from the text by semantic analysis and used for the tags?

Isn’t there a problem with synonymy? If you don’t have a tag standard, how do you know you’re not missing out on books about gorse when somebody’s tagged it as furze?

Also I find - more often than not, on Amazon mostly - that I’d like my search results to produce stuff NOT like that. Because the specific stuff tagged not tagged COMMON is also a subset of stuff tagged MOSTLY and sometimes it’s easier to characterise something by what it isn’t.

Stuff can be difficult to find because it appears sparsely in a whole bunch of results which aren’t what you’re after. Not so much “And the rest is silence” - rather “But the rest is noise”.

Well, if you recall, there was a outcry among Library Scientitians when google books decided to discard all of this lovely metadata in favor of “bookstore style” categorization.

You might argue that fulltext search makes metadata obsolete-- but that’s only true if you tend to use specialized, precise controlled vocabulary-- and as we all know, English isn’t Fortran.

Suppose you were interested in vacuum tubes-- particularly British vacuum tubes, and you were definitely not interested in something that could clean your carpets. It so happens that the British idiom for a vacuum tube is a valve. Full Text search would tend to bring in a whole lot of other information on steam engines, chemical engineering, and so forth. You could decide to limit the subject matter to “Electronics”, but you might miss something that was stashed away under the very broad category of “Engineering.”

Luckily with the valves you have a lot of associated specialized terms - hot cathode, cathode poisoning, anode, grid, vacuum seal, outgassing… If you’re looking for something generic, you’ll get lots of noise but if you know what you are after (wikipedia to the rescue, tells you a lot of the associated terminology), your task is much easier.

I couldn’t agree more. Nicely put. And just to be clear, yes, there is a book called Everything Is Miscellaneous on this topic. By, er, me. Thanks for the implicit shout out