What you did here, I see it.

So don’t grab ‘em by the puss caterpillar. Sound advice and basic decency across all kinds of circumstances it would seem. 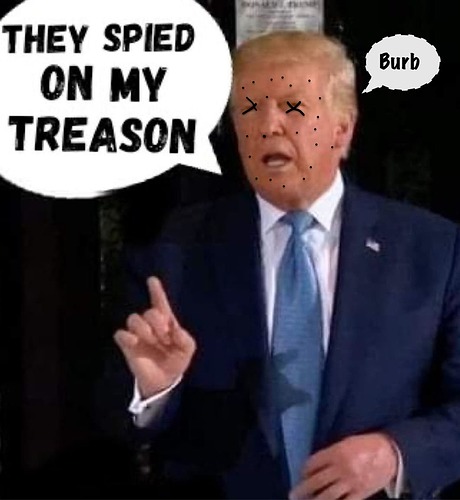 I beg to differ; that animal has much better looking hair than the foul being whom I first thought you were referencing.

we definitely had these in TX and as little kids (3? 4?) we were told “no touchy teh fuzzy bug!”
didn’t have to tell us twice. then there were the stories of whozzit’s kid’s cousin’s friend’s kid sister touched one and died.

Another reason not to live in Florida.

In general, most caterpillars with fuzzy hairs don’t have them so that they can be petted. Most aren’t as damaging as this one, but several species can give you a significant rash.

I was a kid in Texas that did touch one of those. We called them “asps”. It was accidental - I didn’t see it, and brushed my arm against it just below my wrist.

Yes, it did in fact hurt like a motherfucker.

I read somewhere that this species is usually found on (im)peach treas(on).

The adult form of this critter (the southern flannel moth, that is; the OTHER toxic orange critter never reached adulthood, at least not emotionally) is one fancy-ass moth. 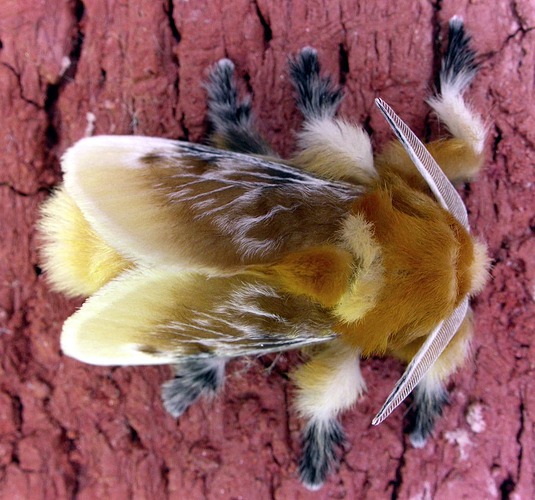 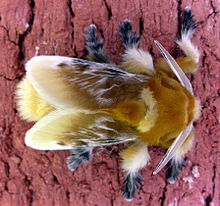 Megalopyge opercularis is a moth of the family Megalopygidae. It has numerous common names, including southern flannel moth for its adult form, and puss caterpillar, asp, Italian asp, Fire caterpillar, woolly slug, opossum bug, puss moth, tree asp, or asp caterpillar, The inch-long larva is generously coated in long, luxuriant hair-like setae, making it resemble a tiny Persian cat, the characteristic that presumably gave it the name "puss". It is variable in color, from downy grayish white to ...

As toxic as that caterpillar is, it is not as profoundly toxic as the other poorly-coiffed Floridian worm.

Such a gorgeous, floofiest moth!

My Mom was stung by one of these things last year - said it was some of the worst pain she’d ever felt. The site was painful for weeks afterwards.

We called them “asps”

yes! that’s right!
imagine my fright when i discovered that legendary Cleopatra was killed by an asp!
(yeah, i later came to find out that asps are snakes, not fuzzy caterpillars.)

Is that /pʊs/, as in “pussycat”, or /pʌs/, as in the white discharge from an infected cyst?

I dunno, I think one of those creatures is the hair to the one most people will think of reading that headline.